Game of Thrones Sartles Up

We’re obsessed with Game of Thrones this season, and are thanking the old gods and the new for these kick ass pictures!

Some genius netizen has captured moments in the epic HBO show where our favorite (and most despised) characters resemble famous works of art: 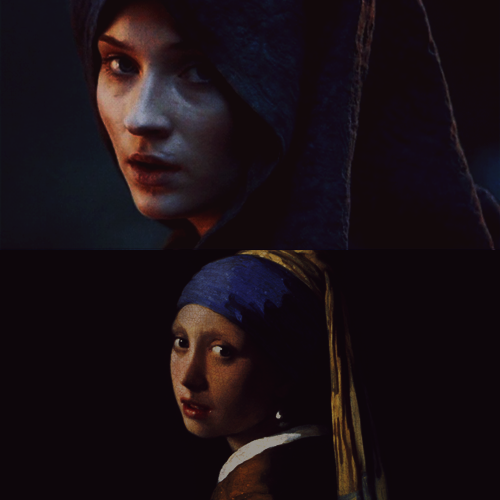 Here’s Sansa doing her best Girl with a Pearl Earring impression, painted by Johannes Vermeer but made famous by ScarJo. Even though she’s missing the jewelry in question, we think the Stark girl looks more authentic… 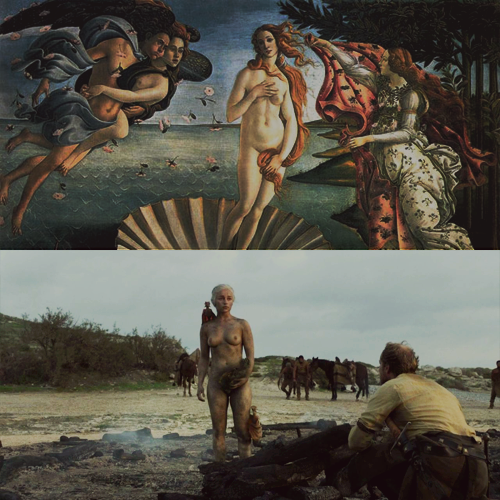 Daenerys, Mother of Dragons, looks super sexy as she channels the Goddess of Love herself, from The Birth of Venus by Sandro Botticelli. But Khaleesi is infinitely more badass, because while Venus is surfing on a giant seashell or whatever with her angel friends, the Mother of Dragons has just hatched some effing dragons, and is going to use them to take back Westeros.  #GirlPower. 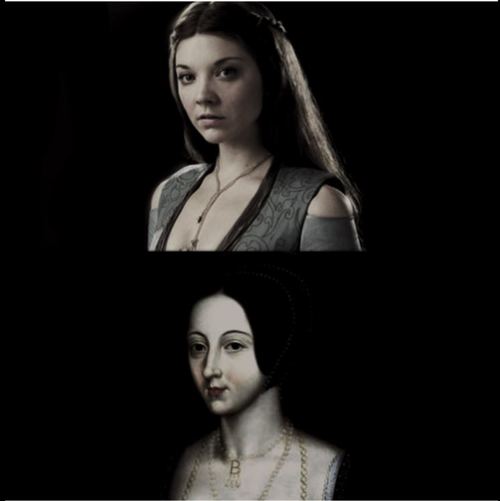 Here's Margaery Tyrell looking like Anne Boleyn, the second wife and Queen of King Henry VIII. Makes sense, both hotties married irrationally violent kings. (Anne was executed when Henry grew tired of her and her inability to produce a male heir.)

These women are like the socialites of olden times, but like, the really fashionable ones you see in Vogue, not the trashy ones like Paris Hilton. Money, power, grace and a killer outfit are what these girls are all about. 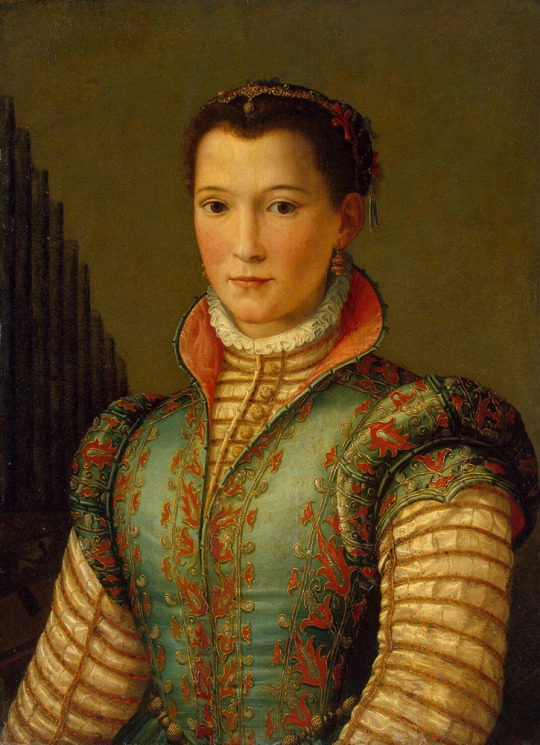 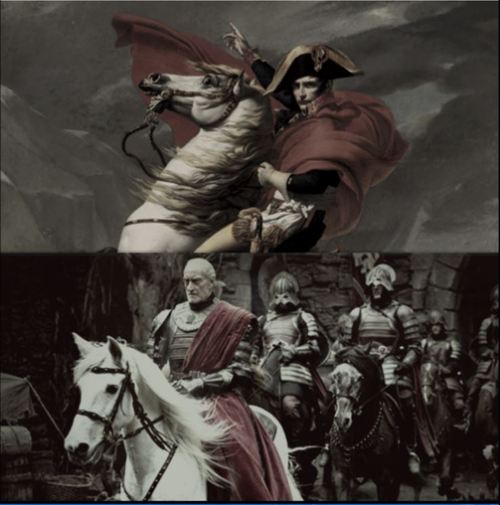 Who better to represent the power-hungry puppet master of the Seven Kingdoms Tywin Lannister than military mastermind Napoleon (painted here by Jacques-Louis David)?  Both dudes are super serious about gaining and keeping control of places and people they arguably have no claim to. The only difference is a silly hat and about a foot and a half of height.

All in all we think these comparisons are pretty fitting.  Because at Sartle we know the dramas of the art world are just as exciting as the pandemonium in the one George R. R. Martin dreamed up…….minus the snow zombies.