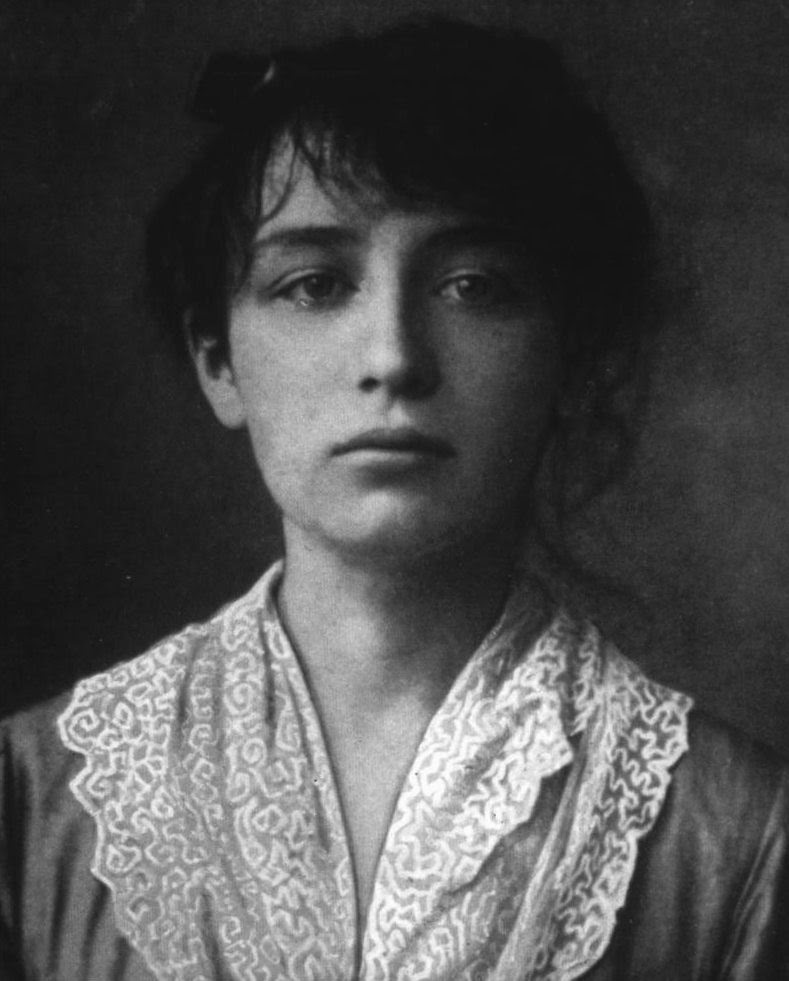 Camille Claudel is known for her narrative bronze and marble sculptures. She was born in 1864 into a family of government officials and wealthy farmers in Northern France. She was educated by the Sisters of Christian Doctrine until the age of twelve when her work was discovered by Alfred Boucher, a successful sculptor, who advised her dad to encourage her artistic career. Shortly, she moved to Paris along with her mother and youngest sister to study under Boucher at the Académie Colarossi.

There were few places for women to study art–the official École des Beaux-Arts was exclusively male until 1897. But at Colarossi she was not only admitted but also able to study from nude male models, a practice that was considered a crucial part of artistic training, but highly controversial for women. She rented a studio alongside her fellow pupils under Boucher– British sculptors, Jessie Lipscomb, Amy Page, and Emily Fawcett. After three years of teaching, Boucher moved to Italy after winning the Grand Prix du Salon, leaving Claudel under the guidance of Auguste Rodin. 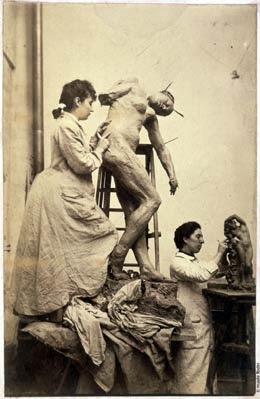 Claudel quickly became Rodin’s lover and muse, entering his workshop as an assistant in 1883. During her time there, she modeled the hands and feet in the Burghers of Calais and posed for figures in the Gates of Hell. Rodin considered her his best assistant and praised her talent, creativity, and artistic genius. But he refused to end his relationship with Rose Beuret to marry her, leading to a messy breakup. However, as her relationship was following apart, she began to receive recognition for her own work, and in 1886, her sculpture, Shakuntala, received the Salon prize.

In 1892, she officially ended her on-again, off-again relationship with Rodin, sending her into a period of despair. The tone of her work shifted to reflect her sorrow and the materials changed as she no longer had the same access to resources and materials that she did in Rodin’s studio. Rodin attempted to help her during this period, but she refused, labeling him as a career saboteur, referring to him as “the Ferret” who was the cause of her failures. During this period, she was influenced by Art Nouveau's decorative curves and Ukiyo-e Japanese prints. She experimented with different materials, most notably the combination of bronze and marble which attracted the support of Comtesse de Maigret in 1897. 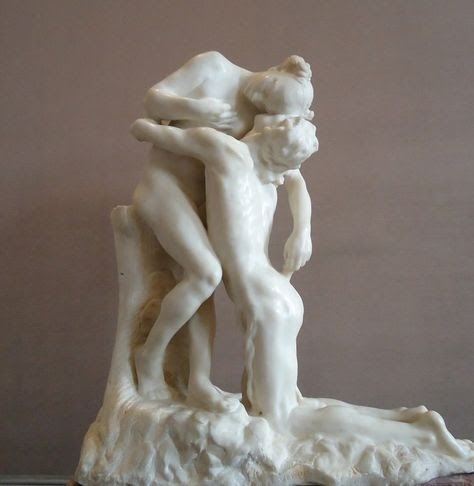 She lived alone in her studio on the île St-Louis, but despite the financial support from the Comtesse, was still experiencing financial difficulties and in 1904, Rodin paid her rent and continued to search for commissions for her. From 1905 onwards, her mental health began to deteriorate. She was struggling under Rodin’s shadow, causing paranoid fears that he was plagiarizing her works. She also lost the patronage of the Comtesse after an argument causing her to doubt her works even more though she had the support of critics like Gustave Geoffrey and Octave Mirabeau who praised her work and talent. She started to create fewer originals and more copies of pieces she already made.  Her paranoia was increasing, and her behavior became unsettling to others as she lived in isolation in her studio.

In 1912 and again in 1913, she once again destroyed all of the works in her studio after her father died. He was her sole supporter in her family and the rest of them took the opportunity to have her diagnosed with paranoia and admitted to an asylum. The doctors tried to reason with Claudel’s family that she was not insane, but they wanted her out of their lives and effectively imprisoned. She lived alone with her cats, abandoning sculpture completely. Admirers of her work criticized her family and Rodin also tried to intercede without success and she spent her last thirty years at the asylum of Montdevergues, where she had few visitors. She died alone in 1943 at the age of 78, buried at the grave of the institution, her body unclaimed by her family. 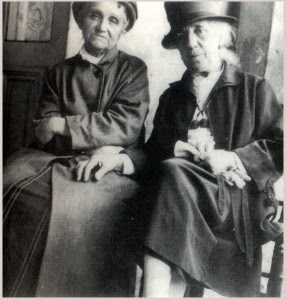 After her death, her work remained in obscurity.  Part of this was due to the stigma against mental health, particularly of women.  Her eccentric and antisocial behavior was not tolerated and labeled as dangerous, although the “artistic temperament” of male artists had long since been tolerated. Her detailed portrayals of the human figure were seen as too edgy, especially for a woman. This resulted in the press and state censoring her works as overly sensual and inappropriate. The paranoia that drove her to destroy her work also accounts for its scarcity, and she is estimated to have left barely a hundred pieces. 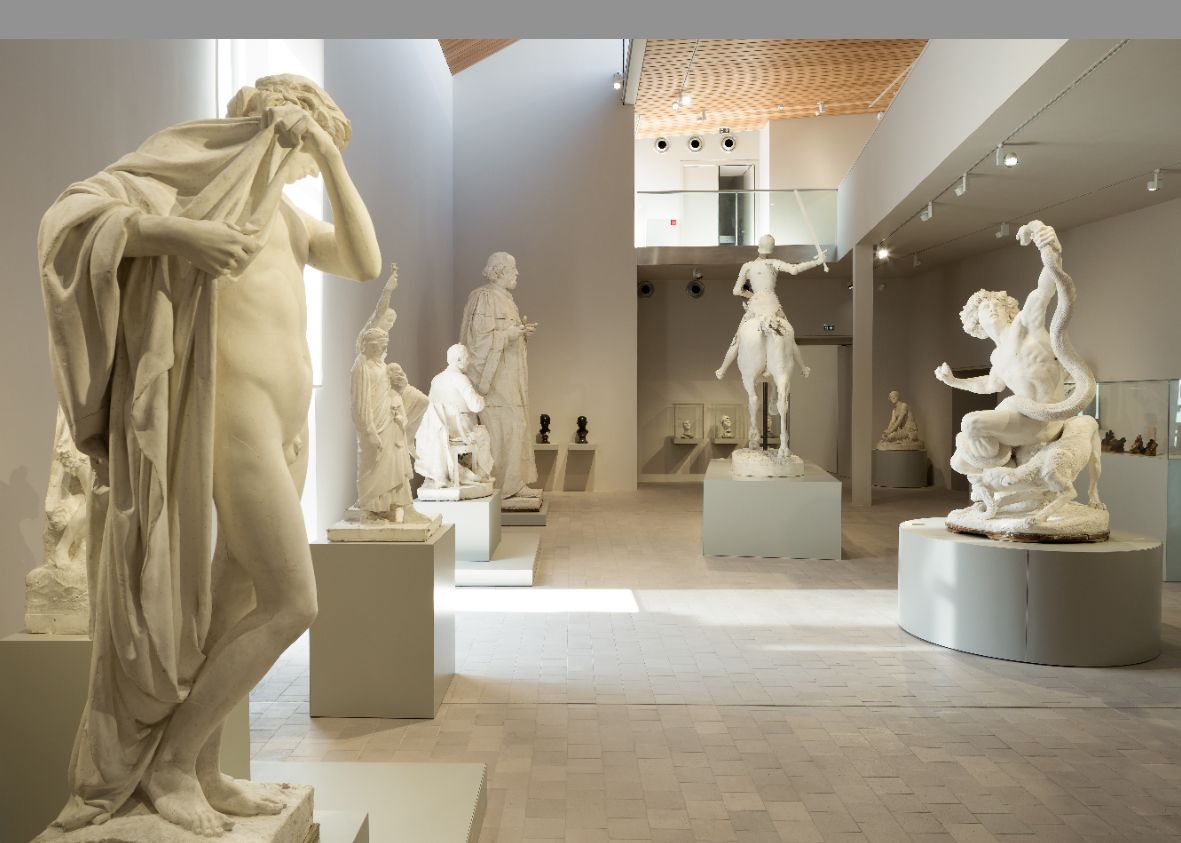 Her work was largely forgotten and she was remembered as Rodin’s lover and muse until the 1970s when there was a surge of interest in her life due to the publication of several film biographies. More recently, there has been a revival of interest in her work. In 2017, the Camille Claudel Museum opened, and in 2018, she received her own exhibition entitled “Camille Claudel: A Treasure Legacy” which began at the Musée d’Orsay and traveled around France. The market has finally caught up to Claudel’s work, now in some of the most distinguished museums and breaking auction records.

Check out these additional resources: 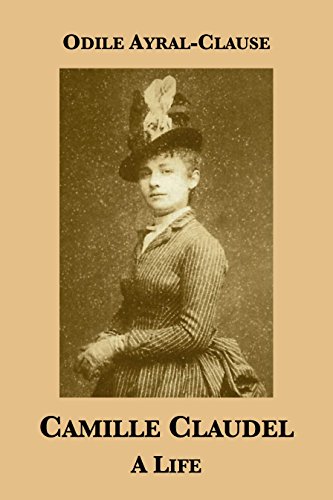 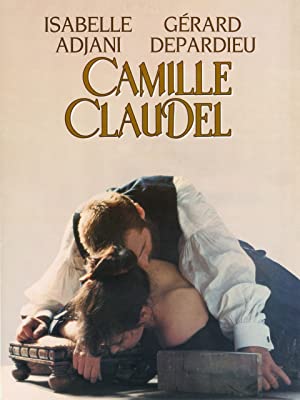 Disclaimer:  Some of the links in this blog are Amazon affiliate links, meaning that at no additional cost to you, by clicking through and making a purchase, you will also be contributing to the growth of Sartle.