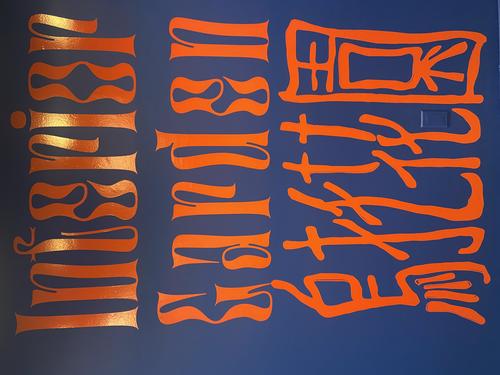 What is a garden? Artist Cathy Lu explores this surprisingly multi-faceted concept in her solo exhibit of large-scale ceramic installation work on display throughout most of 2022 at the Chinese Culture Center in San Francisco. She considers the concept of utopian gardens including The Garden of Eden and The Immortal Peach Garden, working to reconcile the idea of The American Dream with her lived experience as an Asian American woman. The space she has created for "Interior Garden", a series of four rooms or “pods” in a row, uses modern urban interpretations of classical Chinese garden features to create this reconciliation space. Pots around the room will grow plants throughout the year so that the space itself is dynamic, growing, and changing. 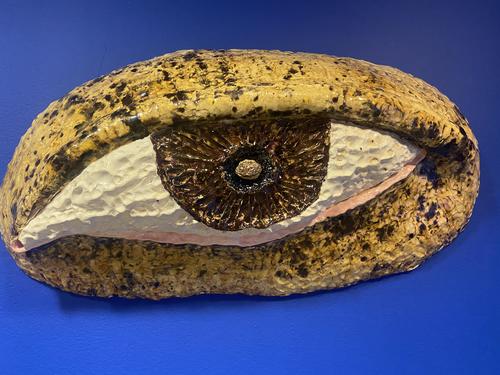 If you’ve failed to visit the Chinese Culture Center (CCC), you’ve missed out on an important series of exhibits over the years. It is located on the third floor of the Kearney street Hilton hotel, where a bridge leads across the street to Portsmouth Square Park.

This installation is the seventh in an ongoing decades-long series called XianRui (Fresh & Sharp) which supports “exceptional artists of Chinese descent at key junctures in their careers,” by offering solo exhibits with encouragement to push beyond the boundaries of their existing body of work.

Cathy Lu shared that the ideas for “Interior Garden,” were percolating in her mind for the past five years, that the installation itself was approximately a three-year conversation between her and the CCC, and that the work took the past two years to complete as she pushed herself out of her comfort zone in exploration of these topics. 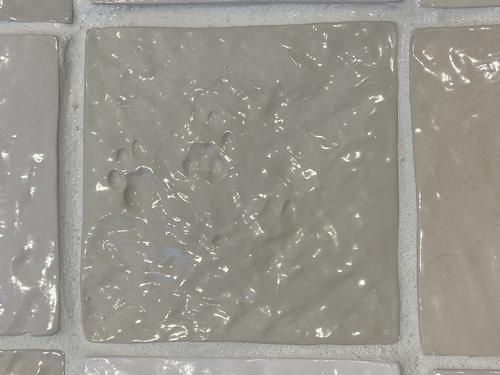 The past two years were obviously a unique time for an Asian American San Francisco artist to create site-specific work. The COVID-19 pandemic and the ensuing anti-Asian hate have been a critical problem throughout San Francisco. If you’ve somehow failed to educate yourself about this, visit Stop AAPI Hate right now. 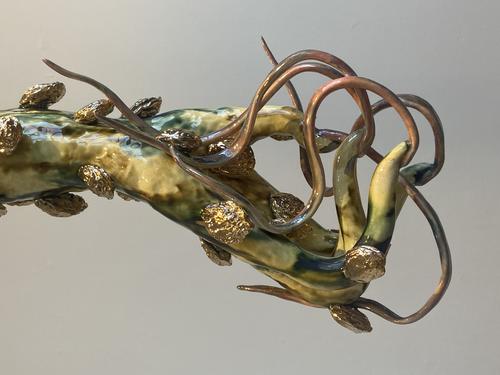 Lu called it “a very disorienting time” but also one that has been “darkly empowering” in a way. She shared that while the work she has created for this exhibit is a response to the disempowering pervasive narratives she’s come up against, she also hopes it is more than that, serving as a proactive, reconciliatory space. In the press release for the exhibit, she is quoted as saying,

“I want this project to provide a space for not only Chinese Americans, but also immigrants and BIPOC who have had similar experiences of being othered to have the space to engage with what it means to be simultaneously hypervisible and invisible in the United States.”

Each room of the exhibit is built around a feature that you’ll typically find in classic Chinese gardens - rocks, waterfalls, etc. Lu has re-interpreted these based on her own personal, lived experience as well as her understanding of Chinese mythology, her interpretation of utopian gardens, and her research into the history of the surrounding area. 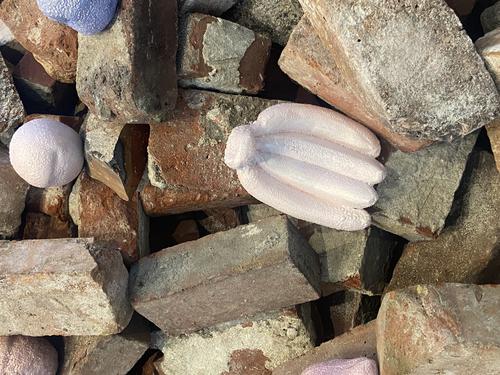 For example, the first exhibit puts a spin on rocks by instead using bricks. The artist began collecting and working with bricks several years ago when she was a Recology Artist in Residence. The bricks reference, in part, the history of Chinatown. In the 1906 earthquake, Chinatown crumbled, and the local politicians pushed to demolish the area and displace the citizens there. Having left the neighborhood for safety, they chose to return and rebuild it themselves before they faced such displacement. They collected the burned, misshapen bricks that had fallen all around their homes and began to rebuild. You can see these bricks in some of the buildings in the neighborhood today.

Lu’s bricks also have ceramic fruit interspersed among them. She shared that she had begun noticing in her childhood how common Chinese fruits and foods enjoyed in her family couldn’t be purchased at mainstream grocery stores. Chinese markets carried items that were looked down upon in those grocery stores. While selection is slightly better today, you might notice that your average chain grocery store still has an “ethnic” section for what she and her family would consider just regular food. So, she took a variety of fruits from local markets, cast them in ceramic molds, and added these to her display of bricks.

Open Your Eyes To This Exhibit 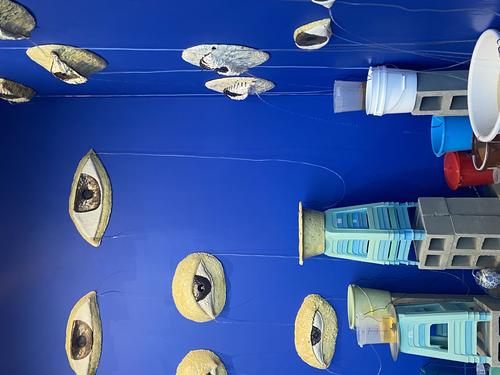 This is just one example of the four rooms in the space. Because it is a small exhibit, and you have nearly a full year to see it, we don’t want to reveal all of the details that you’ll get to enjoy by visiting. Here are a few hints we’ll offer for what to look for: 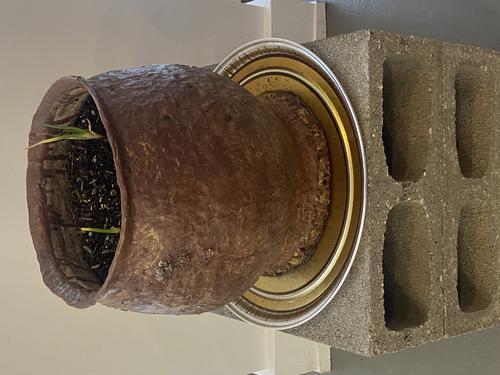 Interior Garden is on display at the Chinese Culture Center through December 17, 2022. The gallery is open Tuesdays - Saturdays, from 10 - 4, and admission is free. Visit their website for updates about various events to take place throughout the year. Note that the space will change over time as a garden is grown inside using local produce scraps.

So sad I saw this article so late. You need to send out alerts!