At the beginning of the 19th century Japan was flooded with Western influences as the Western world became fascinated with Japanese culture. Typical Westerners! The Japanese worried that they would lose their uniqueness in the flood of new influences, so they rolled up their sleeves and got to work combating the Western flood. This resurgence of Japanese art became known as “nihonga”.

Japan really wanted an ally in their fight to keep their culture sacred, so they appealed to their biggest neighbor: China. Both countries’ art had been criticized for being… well, basic, especially in comparison to Western art. Japanese artist Hishido Shunsō decided he’d take it upon himself to bring the two countries together in the nihonga movement by painting a traditional Chinese legend: the Legend of Wang Zhaojun.

As the legend goes, Emperor Shan-Yu (or Xiongnu, depending on which translator you use) decided he’d try to overtake and rule all four kingdoms of ancient China. When Emperor Yuan saw Emperor Shan-Yu on the horizon, he told his adversary, “Look, man. I really like being a king. If you let me keep my kingdom I’ll give you one of my concubines. Seriously, I have a bunch just hanging out, I’ll let you have one.” Emperor Shan-Yu thought this sounded like a good deal, so Emperor Yuan told a court painter to bring him a portrait of each of his concubines so that he could pick a lady to send to his enemy. All of the women, except Wang Zhaojun, paid the artist extra to make them look prettier in their portraits (the BCE version of an Instagram filter). Yuan wasn’t ready to give away his prettiest ladies, so when he saw Wang Zhaojun’s poorly rendered portrait he picked her to marry Shaun-Yu. Little did he know, she was actually the prettiest and most clever of all the back-door hussies. Wang knew that as the wife of an emperor, she would be allowed to do whatever she darn well pleased.

Wang Zhaojun was never depicted realistically (thanks to her refusal to bribe her artist for a sweet filter) so her beauty became more a legend than a documented fact. It was the perfect legend, though, to help Hishido Shunsō unite China and Japan in their rediscovery of their cultures and their fight against Western influence. Good work, Shunsō!

Wang Zhaojun (The Chinese Princess) is mentioned on our blog - 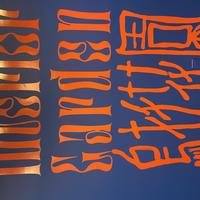