We're outing Hayao Miyazaki as an art nerd. Ok, it’s maybe not the biggest surprise that Japan’s renowned animator is into art. But Hayao Miyazaki does more that look at pretty pictures, dude converses with them. He feels the same anxieties as all the major art movements of the 19th and 20th century, and he’s not shy about commiserating via family-friendly movies. So in honor of Ghibli Fest (that atmospheric anomaly in which Studio Ghibli films mysteriously play at your local theater once a month) we’re revealing Ghibli’s figurehead as Sartle’s fave kind of person.

WWII was obviously a big deal. It f*cked up an entire generation of human beings and their kids, and it was the second, undeniable, gruesome piece of evidence that the existentialists needed to prove that god has for sure flown the coup. Japan had a lot on its plate after the war between the dystopian leftovers of Hiroshima and Nagasaki, the oppression of an American occupation, and the guilt of having fought on Hitler’s side. Guilt is a hell of a drug.

The Gutai group of artists coped with the emotional fallout by scrapping everything their art professors had taught them about proper technique. They started literally fighting their media: wrestling clay, assaulting the canvas from the ceiling, hurling paint, and so on. They were hell-bent on erasing a shameful past and giving art a new beginning.

Miyazaki’s From Up On Poppy Hill (2011) is about a bunch of teenagers in the 1960’s fighting to save some of that history from guilt-ridden adults armed with wrecking balls and plans for a sin-free future. It isn’t an accident then that one of Umi’s tenants is a painting student with a very Gutai approach. 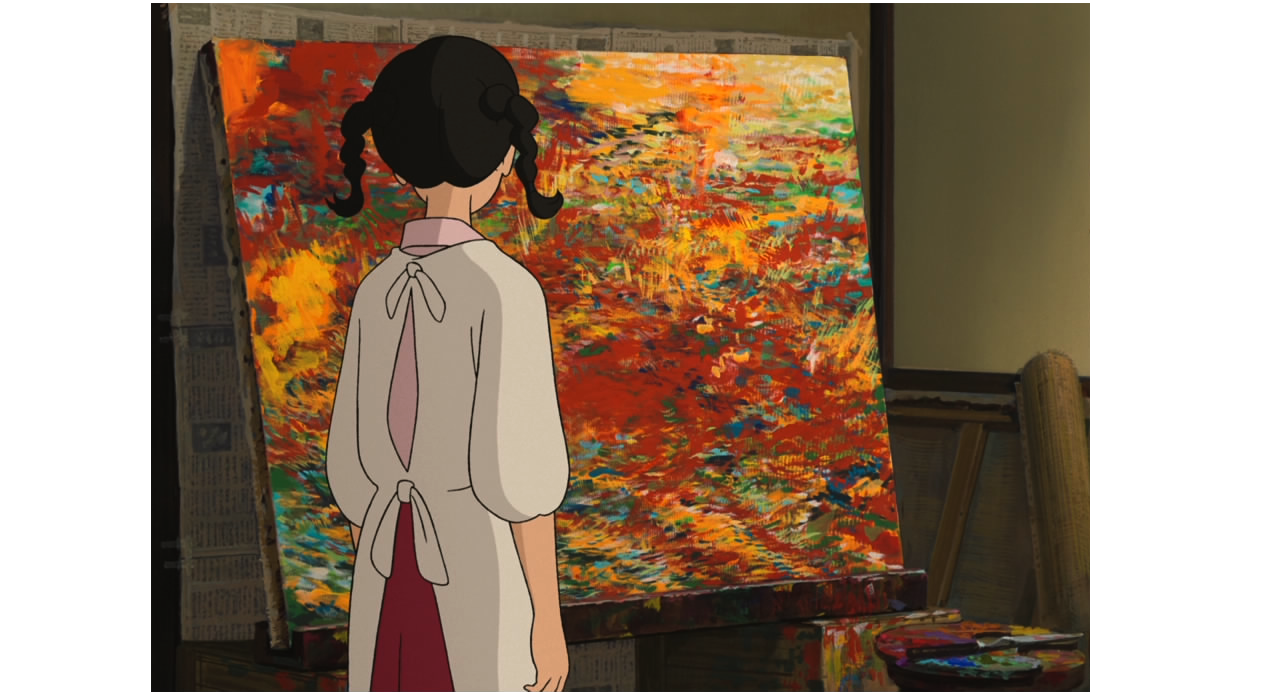 From Up on Poppy Hill, originally posted by Ericstatic

Trying to make sense of a new world is exhausting.

Miyazaki also slips a painterly shout-out to his inspo, Marc Chagall, in Kiki’s Delivery Service (1989). With penchants for flying spirits and animals over provincial towns and exploring identity through the supernatural–Miyazaki and Chagall could share the same blurb in your high school art history textbook. They don’t though because neither of them are in it.

In the film, Kiki forgets how to fly on her broomstick and spends a weekend in the woods with a painter, doing some soul-searching. She finds her way back to the witch’s path through the painter’s story of her artistic process. An in-progress canvas, which takes heavy notes from Marc Chagall’s folklore weirdness, inspires Kiki to find her own inspiration. The ‘art is magic’ thing is maybe a little heavy handed but if anybody can get away with it, it’s the guy that can make grown men root for a non-sexualized teen girl character. That’s some real magic. 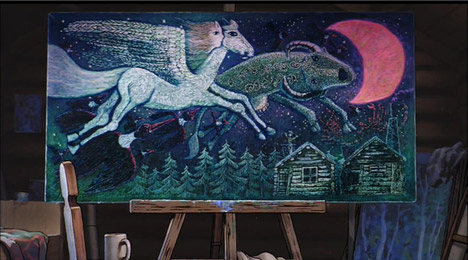 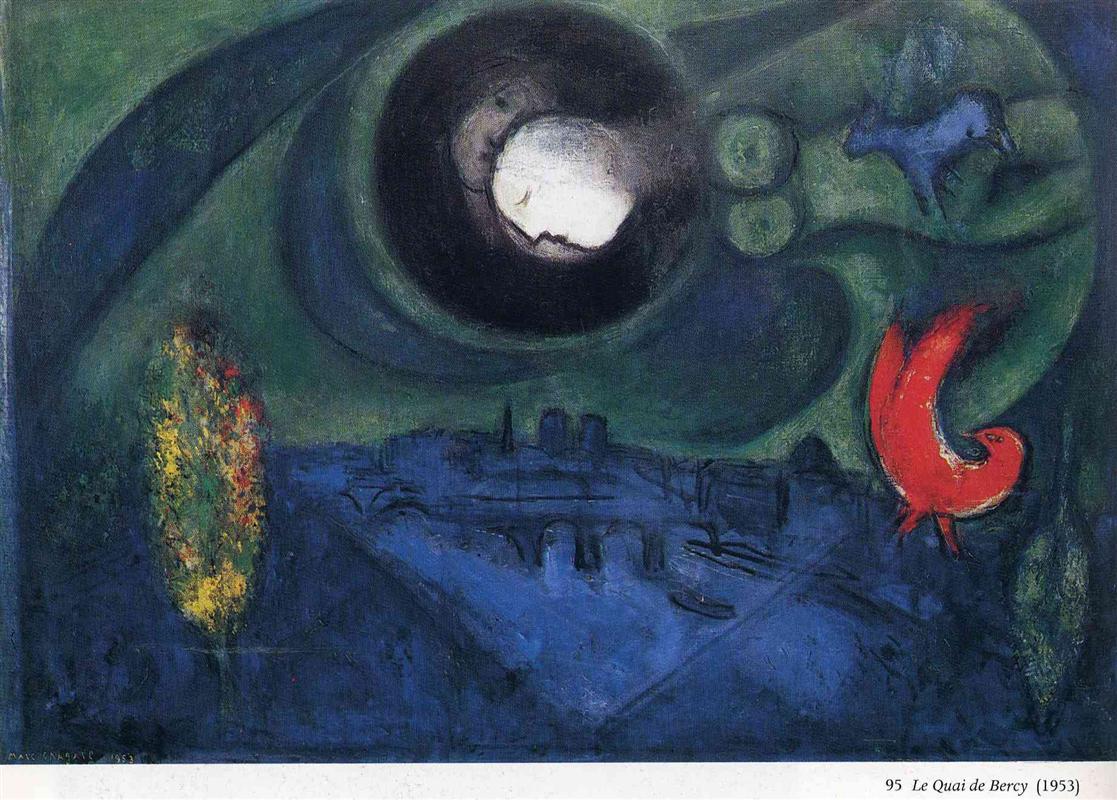 Every artist worth their beret (have never met an artist with a beret, but you get it) has regular crises about the modern world. The modernists about god dying, the post modernists about total commodification, the Romantics were bummed about urbanization and industrialization. Miyazaki has a rant about how “everything is so thin and shallow and fake,” he looks forward to when “developers go bankrupt, Japan gets poorer, and wild grasses take over.” Hayao your post-modernism is showing! Periodically an art movement will fantasize about a less messed-up world. 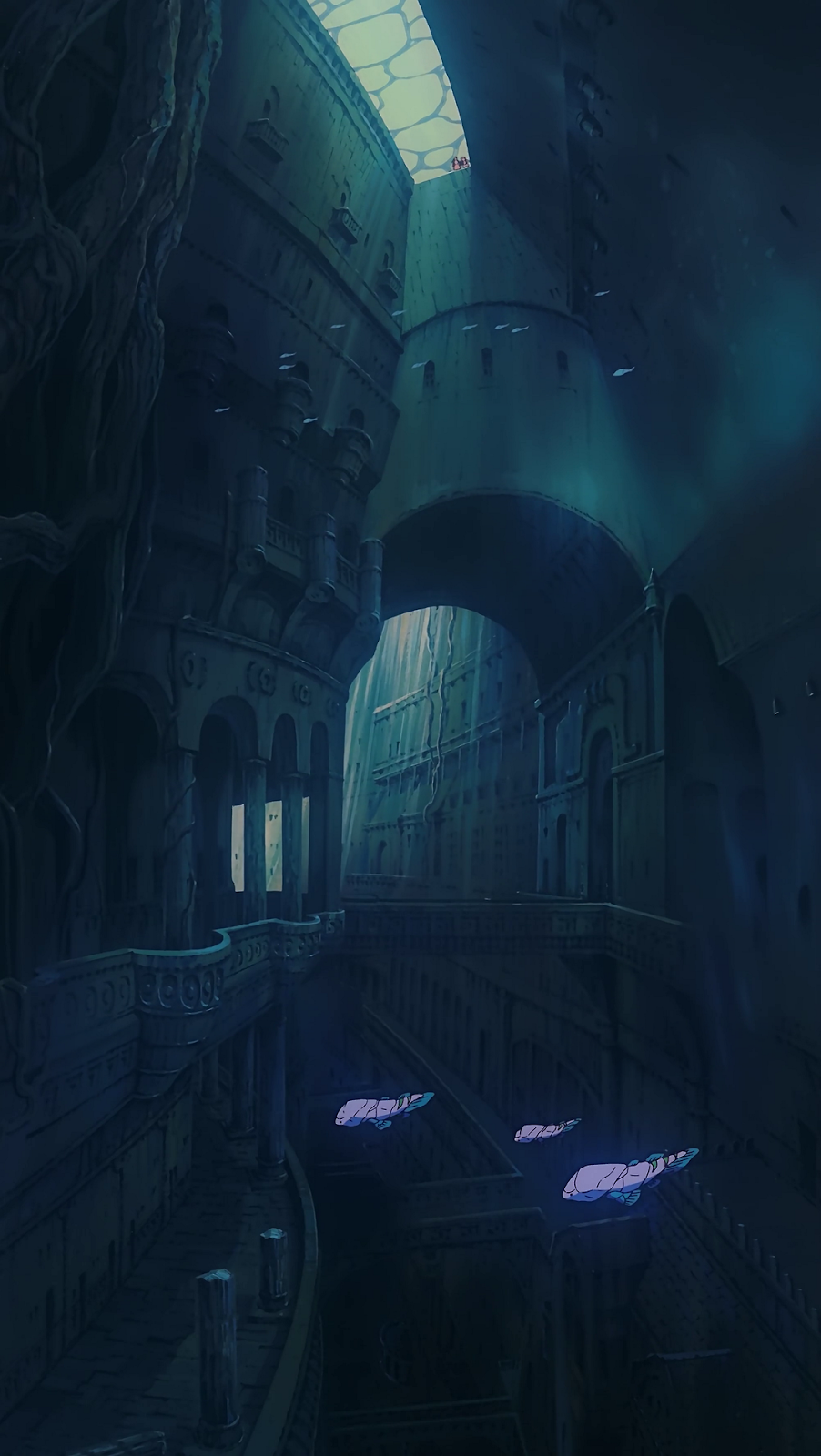 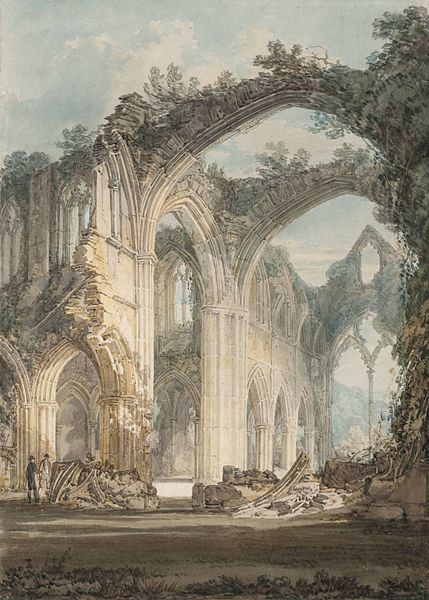 Laputa: Castle in the Sky (1986), originally posted by Downtown Remedy; William Turner Tintern Abbey: The Crossing and the Chancel, Looking Towards the East Window (1794) at the Tate, London

The ruins of Laputa, from Castle in the Sky, have that nostalgia for a past when people were less terrible and the inevitable future when they’re mostly gone. This is exactly Turner’s vibe: ruin aesthetic, not too many people, and a crippling desire for a history that never existed. “Turner vibe” is also known as “what it’s like to be alive.”

At the end of the day films and art are a socially acceptable way to get your mind out of the sh*t hole that is 2017 and into some place beautiful or weird or both, like drugs without the baggage. Miyazaki’s pure worlds sometimes pay homage to the idealism of the impressionists, bringing viewers to a pastoral haven away from tweets about walls and atomic weapons and natural disasters and...ad nauseum. 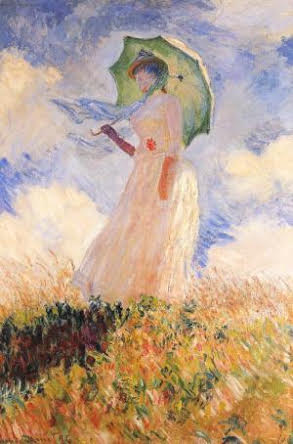 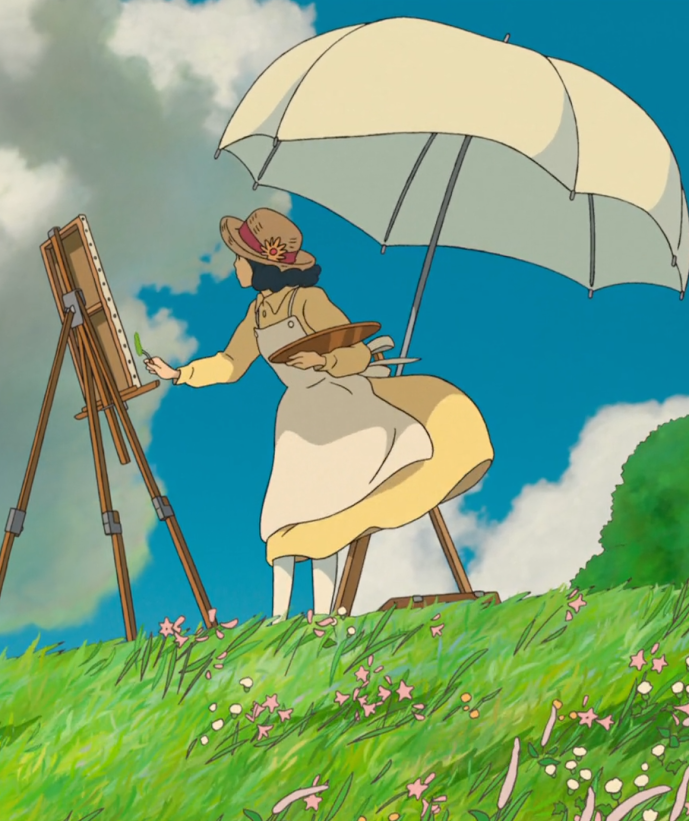 Claude Monet Woman with Parasol, Turned to the Left at Musée D’Orsay, Paris; The Wind Rises (2013) originally posted by SarahWatchesMovies

Other times they become a Magritte-style surrealist dream-world. Neither Hayao nor Rene have ever been much for realism anyway, because we’re all still stuck here but at least you can watch this sweet film and look at this nice painting. 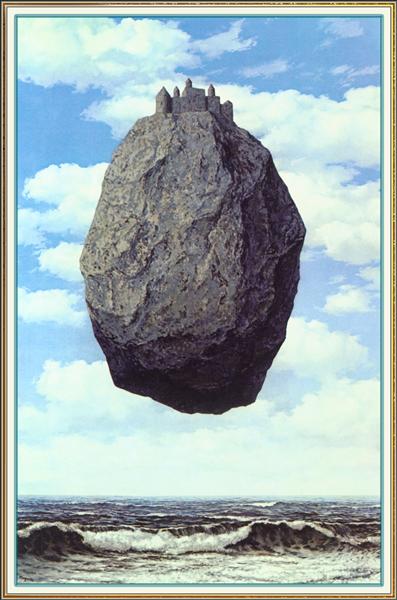 Check out the Ghibli Fest website to find theaters showing Miyazaki’s work near you.