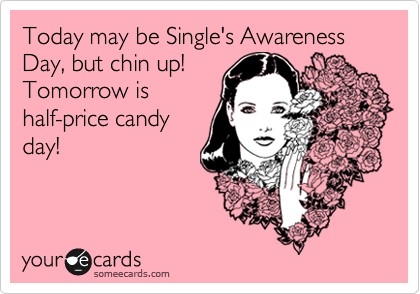 There are a lot of reasons to be upset recently. The changing political climate, immigrants being denied entry to our country, learning that Lady Gaga didn’t actually jump off the roof at the Super Bowl half time, and now to top it all off that one day a year designed to remind people how lonely they really are is upon us. Yes, the day of love letters, roses, and cheap heart shaped box chocolates is right around the corner. You may be thinking, I snagged me a Valentine this year so maybe things aren’t so bad. Well, I am here to remind you that even the most doting of relationships can turn sour.

Some say that artists feel emotions stronger than the average bloke, hence why they feel so compelled to tell their story by any means necessary. If that is the case, we can only assume they love hard, and hate even harder. We at Sartle love a juicy breakup story and if time had taught us anything it is this: the worse the relationship, the better the art. So here’s to some great art and terrible relationships! 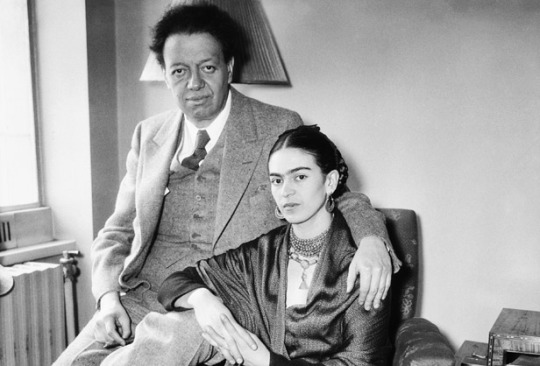 When thinking about bad artist relationships, the Frida and Diego fiasco always seems to find its way into the convo; probably because their relationship was all kinds of messed up. To give you a taste for what their relationship was like, listen to this gem of a quote from Kahlo, “I suffered two grave accidents in my life. One in which a streetcar knocked me down…The other accident is Diego.” If you openly admit that your husband is one of the great mistakes of your life, you might want to reevaluate your life decisions.

Where do I even start with these two? They met in 1928 and a year later were hitched. Besides the fact that Diego was almost twice her age, this was his third marriage, which probably should have been a red flag for young Frida, but when the heart wants what it wants, common sense goes out the window. It only took two years for the affairs to begin and honestly, they never really stopped. They both had endless lovers, sometimes out of desire, and sometimes they just did it to piss the other one off. Why Diego decided to cheat on Frida with her little sister though will continue to remain a mystery.

Not surprisingly the two divorced, but ultimately ended up marrying again just one year later. Needless to say, nothing really changed and they returned to their tumultuous ways until Kahlo’s death fourteen years later. 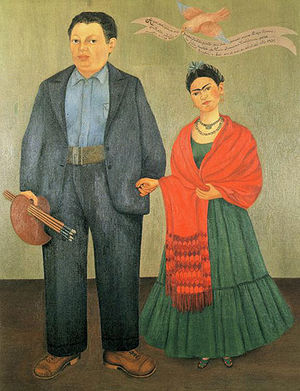 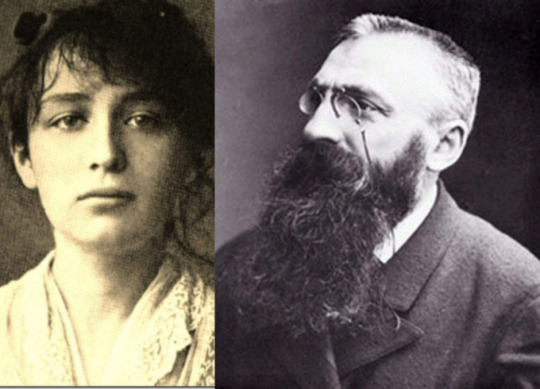 Sometimes it can feel as though our relationships are driving us crazy. In the case of Camille Claudel though, that is literally what happened after spending a bit too much time obsessing over the famed sculptor Auguste Rodin. Shortly after beginning her sculpting career, Rodin needed an assistant to help expedite his artistic practice, and Claudel was just the woman to do it. It didn’t take long for the two to start lusting after each other and with time, stone was no longer the only thing getting pounded down in that studio. The two shared an intense relationship that fueled their creative outlets as well. It was pretty much perfect, except for one little thing: Rodin was already married.

Claudel pleaded and begged, but Rodin refused to leave his wife…and this is when things started to get ugly. Claudel grew furious, she ain’t nobody’s mistress! As this vengeful side of Claudel began to become apparent to Rodin, he decided that she had become too much baggage for a fun fling and decided to boot her from his life. Claudel soon grew neurotic and experienced a complete breakdown, which landed her in a mental hospital where she lived until her death. That’s amore? 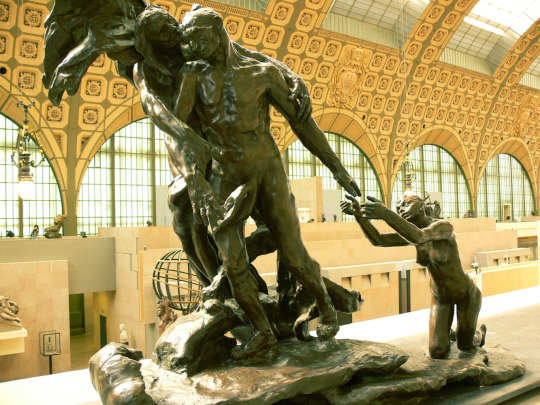 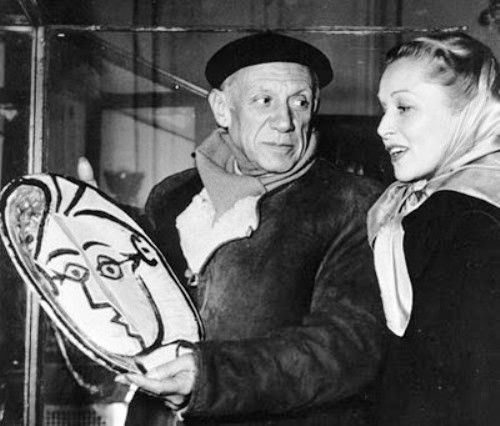 Since it appears that we have now entered the territory of lovers on the down low, we cannot forget about art history’s biggest playboy/womanizer: Pablo Picasso. Picasso had two marriages, six mistresses, and hundreds of other conquests (and who knows how many venereal diseases). Let’s have a gander at Marie-Thérèse Walter, for her tale is a brutally sad one, and as you know, we’re sticking with the theme that romance is probably dead. This dreamy saga started when Marie-Thérèse was only 17 years old, just a tad younger than Picasso’s 45. At the time their little affaire de coeur started, Picasso was already hitched to Olga Khokhlova, but as we know, the whole sanctity of marriage thing was a bit drab for the salacious artists.

The affair went on for eight years before Olga uncovered his philandering ways and ultimately took their children and skipped town. “Yes!” Marie-Thérèse must have thought “now I have him all to myself”. Wrong, so wrong. She should have known that old habits die hard. His eyes soon wandered to his next lover and muse Dora Maar. Rumor has it that when Marie-Thérèse found out about Dora, the two ladies entered into a physical catfight over the man’s affection. Marie-Thérèse ultimately lost and Picasso threw her out like day old chowder. Nonetheless, Marie-Thérèse never stopped loving him, and after his death, she hung herself out of sorrow. 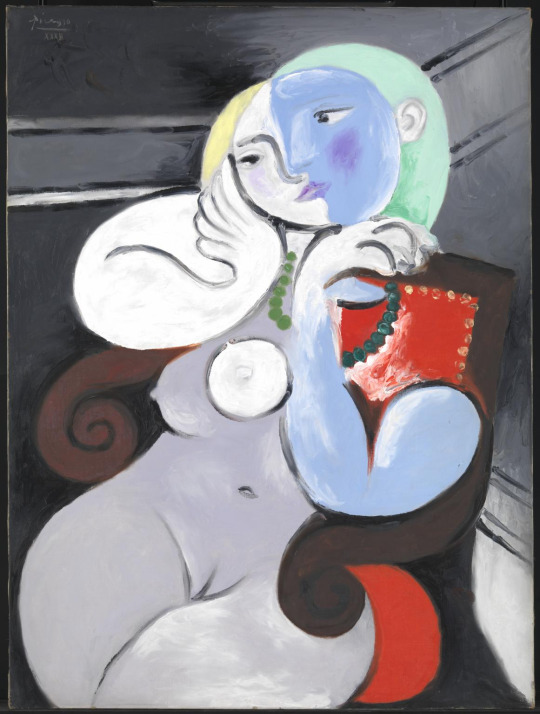 The tale of Gustave Courbet, James Whistler, and Joanna Hiffernan serves as a solid reminder that bros before hoes is actually some pretty good advice. Back in the day, painter James Whistler fell for the vivacious ginger Joanna Hiffernan. Sadly, when introduced to his family, they felt she was too loose and could not approve of his dating her. Turns out they may have been right about the whole hussy thing, but we’ll get to that later. Hiffernan decided to ignore his parents advice and develop what became a six year long relationship in which she both loved and modeled for him.

Whistler had a whole slew of cool artsy friends, one of which included painter Gustave Courbet. Naturally, Whistler introduced him to Jo and it didn’t take long for things to start blowing up. After learning that Courbet probably had an affair with Jo, and that he definitely painted a picture of her vagina, their friendship soon fell into peril. Shocker. Turns out painting an awkwardly up-close painting of your friend’s girlfriend’s hooha is totally against bro code protocol. Their friendship soon ended and ultimately neither of them ended up with Joanna. Turns out Whistler’s parents may have known what they were talking about after all. 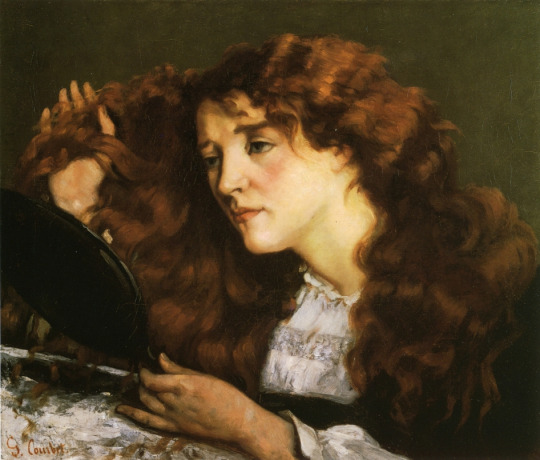 Love is messy business. Perhaps that is why we invented Valentine’s Day to convince us that the tumultuous desires of the heart are actually a good thing. Or maybe it is just to sell us stuff we don’t need; Hallmark, I got my eye on you. Either way, to all you Valentine’s Day haters out there, I hope this blog has taught you one thing: maybe single life ain’t so bad after all.