Skip to main content
Artworks
Arrangement in Grey and Black No.1

More about Arrangement in Grey and Black No.1

Whistler’s Arrangement in Grey and Black No. 1 has perhaps the least relevant and most stuffy possible name for a painting of somebody’s mom.  The painting, more often known as “Whistler’s Mother,” features matriarch Anna McNeill Whistler in all of her somber glory. James loved his dear old ma and wanted to the piece to reflect her patience and dignity. He originally had his mom stand for the portrait, but she was pretty damn old at the time, so he let her take a seat.

Arrangement in Grey and Black No. 1 is best known, obviously, for its starring role in the 1997 Mr. Bean movie in which Rowan Atkinson goes to America and manages to royally f*ck up the painting (and nearly humiliate the British National Gallery) before its unveiling in Los Angeles.

The painting has actually never hung in LA and currently resides at the Musée d'Orsay, where it is fully safe from Mr. Bean and his ilk. However, Americans do have a historical claim to the painting as James Whistler is American-born and “Whistler’s Mother” was famously displayed at The Museum of Modern Art in New York City during the Great Depression. It was an instant hit and the painting was sent to 12 other cities, where it attracted thousands of viewers and probably lightened the load of America’s economic downfall... ‘cause people sure love moms.

More recently, the painting has become something of a pop culture icon. You may have spotted it in Mr. Burns’ bedroom in several episodes of "The Simpsons", in Billy Wilder’s film "The Fortune Cookie", or on the cover of The New Yorker.

Here is what Wikipedia says about Whistler's Mother

Arrangement in Grey and Black No. 1, best known under its colloquial name Whistler's Mother, is a painting in oils on canvas created by the American-born painter James McNeill Whistler in 1871. The subject of the painting is Whistler's mother, Anna McNeill Whistler. The painting is 56.81 by 63.94 inches (1,443 mm × 1,624 mm), displayed in a frame of Whistler's own design. It is held by the Musée d'Orsay in Paris, having been bought by the French state in 1891. It is one of the most famous works by an American artist outside the United States. It has been variously described as an American icon and a Victorian Mona Lisa.

Check out the full Wikipedia article about Whistler's Mother

I love how you cover history and tell us those things we don't know much about. I love that this is free for people to read!

Arrangement in Grey and Black No.1 is mentioned on our blog - 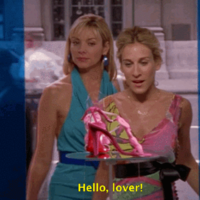 Art and Fashion: Christian Louboutin - Women and Shoes
Remember when iconic shoe lover Carrie Bradshaw leaned in to look at a pair of Louboutin sandals…

Tyra Banks Returning to ANTM is a Dream Come True
America’s Next Top Model is back, y’all! Ok, it never really went anywhere, but TYRA is back… 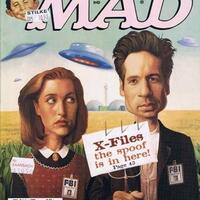