Skip to main content
Artworks
The Massacre of the Innocents

More about The Massacre of the Innocents 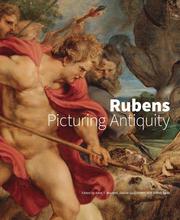 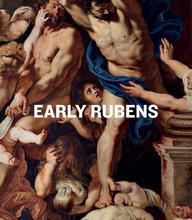 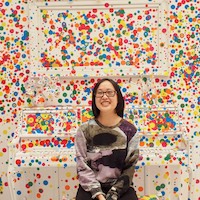 For a painting bursting with drama, the history behind how Massacre of the Innocents ended up at the Art Gallery of Ontario holds just as much intrigue.

It involves a discontented 88-year old matron and money—lots of it.

In 1923, a woman inherited Massacre of the Innocents from her family but found it a little too graphic for her tastes. Since the grisly sight of fleshy bodies, dead infants, and desperate mothers generally does not make for the best home décor, she loaned it to the Stift Reichersberg monastery in upper Austria, where they placed it in a pitch-dark hallway near their sleeping quarters. The lack of lighting must have made for a very dramatic reveal when a man from Sotheby’s, tipped off of a possible Rubens, shined his flashlight on the immaculately maintained masterpiece. When he saw it, his first thought was that he had only seen one other painting like it: Peter Paul Rubens’s Samson and Delilah, at the National Gallery in DC. For most of Massacre’s life, though, people had believed it to be the work of a Rubens imposter and not by Rubens himself.

Sotheby’s, in a move of slightly immoral efficiency, registered it as a van den Hoecke to acquire an export permit to England, where export fees on fine art do not apply. An x-ray scan revealed that the painting did indeed belong to Rubens. It had the characteristic black overlay (for definition) and blue underlay (for a fleshy, pearly sheen) of the Baroque artist. It also had the right subject for the pro-peace painter: unbridled destruction brought about by war, intended as a warning against those who might view war as a device for glory or power without thinking of its consequences.

The painting depicts soldiers committing infanticide at the order of King Herod, who feared that one of them would become the King of Jews and, ultimately, his downfall. Rubens, who traveled to London to secure peace between England and Spain in 1629, literally painted war as a venture that caused more harm than good. War, he argued, hurt the economy—one reason possibly being a sudden drop in the demand for baby supplies.

From 1568 to 1648 the Netherlands was undergoing the Eighty Years War in a bid for independence. Massacre of the Innocents, therefore, might also be referring to the infamous Sack of Antwerp in 1576, in which 7,000 people died from military rape and murder. Rubens painted the grisly scene eight years after moving back to Antwerp from Italy in 1611—the time period from which art collectors also expect to find his best work.

What collectors didn’t expect, though, was how much the painting would fetch at a Sotheby’s auction in 2002. Estimated to collect at least $10 million, Massacre eventually went to a private art collector by the name of David Thomson for $76.7 million, making it the third most expensive artwork ever sold at auction. (The first, at $82.5 million, went to a portrait by Vincent van Gogh, and the second went to a painting by Henri de Toulouse-Lautrec.) Incidentally, Thomson’s final bid beat out the Getty Museum, whose world-class collection of Old Masters more than settled the matter that the Massacre of the Innocents was a genuine Rubens. After the nail-biting finale, all the reporters reportedly ran out of the auction house, despite auctioneers calling out, “We still have plenty of pieces to auction off!”

For those who don’t know who Thomson is, his fortune is essentially equal to the GDP of Lebanon. He donated the Rubens, along with a whole host of other artworks, to the Art Gallery of Ontario, earning himself a complementary gallery space and spanking new architecture.

Rubens basically invented Baroque art. He introduced the idea that art could be subjective rather than idealized and objective; it could inspire emotions, not just recollections. If you put it that way, he essentially paved the way for all expressive artwork ahead of him, including Picasso’s similarly anti-war Guernica.  And that’s an accomplishment even $76.7 million cannot buy.

The Massacre of the Innocents is mentioned on our blog -

Rubens: The Early Years at the Legion of Honor
Okay, so maybe it’s not that kind of Rubens, but there are some similarities between this…
Sign up
Forgot Password
Reset Password