Skip to main content
Artworks
The Birth of Venus

More about The Birth of Venus 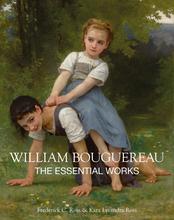 William-Adolphe Bouguereau was fond of classical themes and nude women, so he must've had a field day with The Birth of Venus.

Where else could he sneak in a goddess, a handful of naked nymphs, and a swarm of cherubs? Boucher would love this painting, considering “beautiful people frolicking in the nude” was 99 percent of his subject matter. Bouguereau’s interpretation would never reach the fame of Botticelli’s Birth of Venus. Fame and fortune, however, have nothing on freedom of expression, and Bouguereau was in his element with this happy-go-lucky scene.

The model for this tableau was none other than the princess of Ligne, Marie Georgine. While on vacation with her significant other, she thought she’d swing by to model for one of France’s most revered painters. She also posed as the most beautiful woman of mythology. Do the perks of being royalty never end?

Apparently, Bouguereau thought his audience wouldn’t appreciate the more gruesome aspects of Venus’s origin story. Her emergence from seafoam, radiant and fully grown, is common knowledge. Less well known is the pair of bloody testicles that, when cast into the sea, conceived our leading lady. Cronus castrated his father Uranus with a stone sickle, unaware that the fateful gonads would bring a new goddess to Olympus. Most of us would consider Cronus’s actions excessive. Cronus, however, was no stranger to familial disloyalty. Years later, he would devour his children, a scene that fascinated painters Goya and Rubens.

For someone birthed from the bloody remains of a scrotum, Venus appears angelic and innocent. After all, she is a newborn, albeit one ready to rule over us mere mortals. In the coming years, the fresh-faced beauty would involve herself with some increasingly shady pastimes, including causing the Trojan War. In her spare time, she made the princess Myrrha lust after her father and cursed a stepmother, Phaedra, to fall for her son. When she tired of the incest shtick, Venus forced an innocent woman to have intercourse with a bear. For the goddess of love, she was a massive sadist. Perhaps she was enraged by the moniker she got from her unusual birth. Some called Venus Philommedes, or “genital-loving.”

Here is what Wikipedia says about The Birth of Venus (Bouguereau)

The Birth of Venus (French: La Naissance de Vénus) is one of the most famous paintings by 19th-century painter William-Adolphe Bouguereau. It depicts not the actual birth of Venus from the sea, but her transportation in a shell as a fully mature woman from the sea to Paphos in Cyprus. She is considered the epitome of the Classical Greek and Roman ideal of the female form and beauty, on par with Venus de Milo.

For Bouguereau, it is considered a tour de force. The canvas stands at just over 300 centimetres (9 feet 10 inches) high, and 218 cm (7 ft 2 in) wide. The subject matter, as well as the composition, resembles a previous rendition of this subject, Sandro Botticelli's The Birth of Venus, as well as Raphael's The Triumph of Galatea.