The Babylonian-style architecture is influenced by Martin's contemporary, the artist John Nash.

This is one of a series of forty-eight Martin engravings illustrating Milton's Paradise Lost. 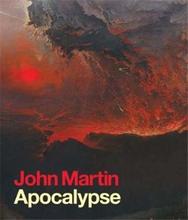 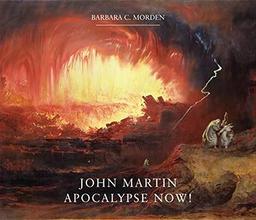 Long before Warhol pioneered his idea of "business art," the British painter John Martin was looking for ways to pay back his considerable debts, parlay his love of painting into commercial success, and support his large and growing family.

In his milieu, "commercial art" was taboo for critics, which naturally gave a sizable head-start to artists who had inherited large amounts of money or assets, or artists who married or otherwise found people who could support them. Martin's Pandemonium is a stroke of insight related to his financial conundrums: if he could do a series of four dozen works based on a popular, but nonetheless "highbrow" literary source, that'd be like landing a big fish, he figured.

Even better, his source of choice, Milton's epic "Paradise Lost," a sort of British cousin to Dante's "Inferno," had a powerful, overarching moralistic theme. Being a son of the rural Northumberland region of England, often promoted by historians as England's "cradle of Christianity," Martin, like Thomas Kinkade, felt that Christianity was key to bridging the gap between critical taste and mass commercial appeal. Unlike the Rococo masters, however, Martin understood that his audience would not respond well to airy tableaus of floating cherubs, because that would be such a far cry from the generally difficult, dingy, and downright depressing everyday life of many working people in both rural and city communities. When Martin's older brother, an ex-preacher named Jonathan, set fire to a cathedral in York, a bystander said that the ensuing mayhem looked like a Martin painting. Inspired by the cheery architectural art of John Nash, with a considerable helping of the fire and brimstone indicative of the Dickensian industrial worlds and Northumberland mines, Martin's trademark became images like these, which would, hopefully, make him some money and warn people against sinning, at the same time. His work of this period was a "recital of the types of apocalypse," with upbeat works like The Fall of Babylon, The Eve of the Deluge, The Great Day of His Wrath, and The Seventh Plague.

To my eyes, the image immediately evokes Peter Jackson's Lord of the Rings movies, which also draw inspiration from Milton, who invented the term Pandæmonium as a mash-up of the Greek words for "all" and "spirit." The name was connected to the word "pantheon," which describes the collection of ancient Roman deities, but in an inverted fashion, so as to suggest infernal spirits or demons. For Milton, Pandæmonium was a city created by Mammon, the Biblical name for material wealth. He wrote of:

Of Satan and his Peers: thir summons call'd

From every Band and squared Regiment

By place or choice the worthiest; they anon

With hunderds and with thousands trooping came.

I don't know why this painting is named Pandemonium, but it gives me some thoughts. The main colors are dark and red, and the ground is broken; for personal think is that this situation is like hell, the emotion of the whole painting is really down or crazy.

I like the paint Pandemonium. Because its main color is red.