Let me spin you the tragic tale of the Harlequin Head by Pablo Picasso. It was your typical day at the museum in Rotterdam...

Art fanatics filled the rooms with enthusiasm while children and all the poor suckers who got dragged to the museum against their will sat and rubbed their tender feet. At about 3:00 in the afternoon on October 16th, 2012, the emergency exit doors flung open and three men emerged. At this point, the art-viewing experience got a little more exciting, even for the kids. The men proceeded to grab seven paintings off the walls, including our beloved Harlequin Head! Works by Henri Matisse, Claude Monet, Lucian Freud and Paul Gauguin were sadly hijacked as well.

So what do you do after you steal $150 million worth of art? Turns out it's not as easy to sell stolen artwork as these men had originally thought. Realizing that the police were closing in on them and with no potential buyers line up, the ringleader of the operation decided to give the paintings to his mother Olga. What a momma’s boy! Soon after, the men were arrested and poor Olga was left with no son and a suitcase full of stolen art.

Olga became so distraught that she decided to hide the art- first in an abandoned house, then buried in a cemetery, and in the end moved the paintings to their final resting place…in her kitchen! Clearly a pyro, she loaded up her oven with the seven paintings and some kindling. And poof! Up they went. With the men in custody but no paintings to be found, the police proceeded to search Olga’s house. After extensive testing of the ashes in her stove, scientists found traces of paint primer, canvas, and paint. Elementary my dear Watson!

It is always a somber day when art perishes at the hands of greed and narcissism. At least the thieves had good taste in art, if I do say so myself. It also seems oddly fitting the Picasso’s Harlequin Head would be one of the pieces to perish. A harlequin is a character who plays tricks, breaks laws, and generally keeps everyone on their toes. It would seem that these men had a congruence of spirit with the harlequin, so how appropriate that one trickster would out-dupe the other!

Harlequin Head is mentioned on our blog - 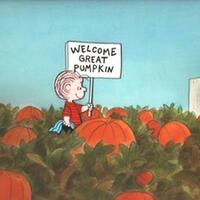 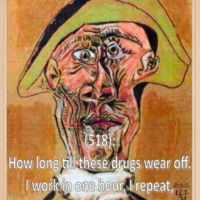