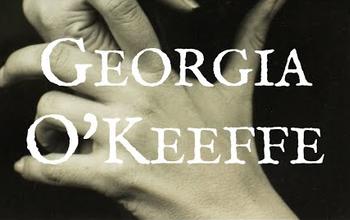 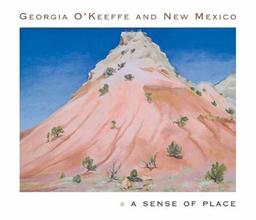 Most people know Georgia O’Keeffe as a floral fiend of a painter, but then there are works of hers that pick a whole other bone.

During a drought that hit New Mexico in 1930, O’Keeffe became obsessed with the carcasses of starved animals found strewn across the desert landscape.This naked noggin is just one of O’Keeffe’s skeletons in the studio. She wrote to the art critic Henry McBride, “I see that the end of my studio is a large pile of bones— a horse’s head—a cow’s head—a calf’s head—long bones—all sorts of funny little bones and big ones too—a beautiful ram’s head has the center of the table—with a stone with a cross on it and an extra curly horn.” Variety is the spice of life! And death apparently, too.

You can surmise that O’Keeffe is trying to juxtapose these themes of life and death, because she includes the blooming roses alongside the static white skull. She achieves a beautiful balance, as the hardness of the bovine’s head is softened by the soft, velvety petals.

Personally, I find the whole thing extremely reminiscent of a Dia de los Muertos (Day of the Dead) procession. So look to this picture for inspiration next time you break out your makeup kit for November 1, or when you’re collecting images for your altar. Don’t forget to send me some pan de muerto.

I like this piece because of the white color it is filled with. The white color gives me a pure and holy feeling. In addition, it depicts the head of a cow and incorporates roses. It's a wonderful grouping.

When looking at this painting the first thing I notice is how great of a painting it was of a bull skull. Then I looked closer and the artist was really able to make the white flowers pop on the white skull. That isn't something that is easy to do I think they did amazing with their shading and making it a more 3D look.

Cow's Skull with Calico Roses is mentioned on our blog - 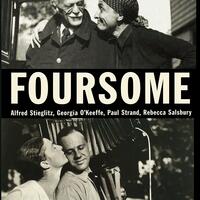