In addition to being a Drexciyan, the figure in this piece is inspired by pirates and Captain Ahab from Moby-Dick.

The figure in this piece is meant to be an inhabitant of Drexciya, a mythical undersea kingdom populated by the children of the enslaved, which was invented by a Detroit-based techno band (also called Drexciya).

More about Bird in Hand 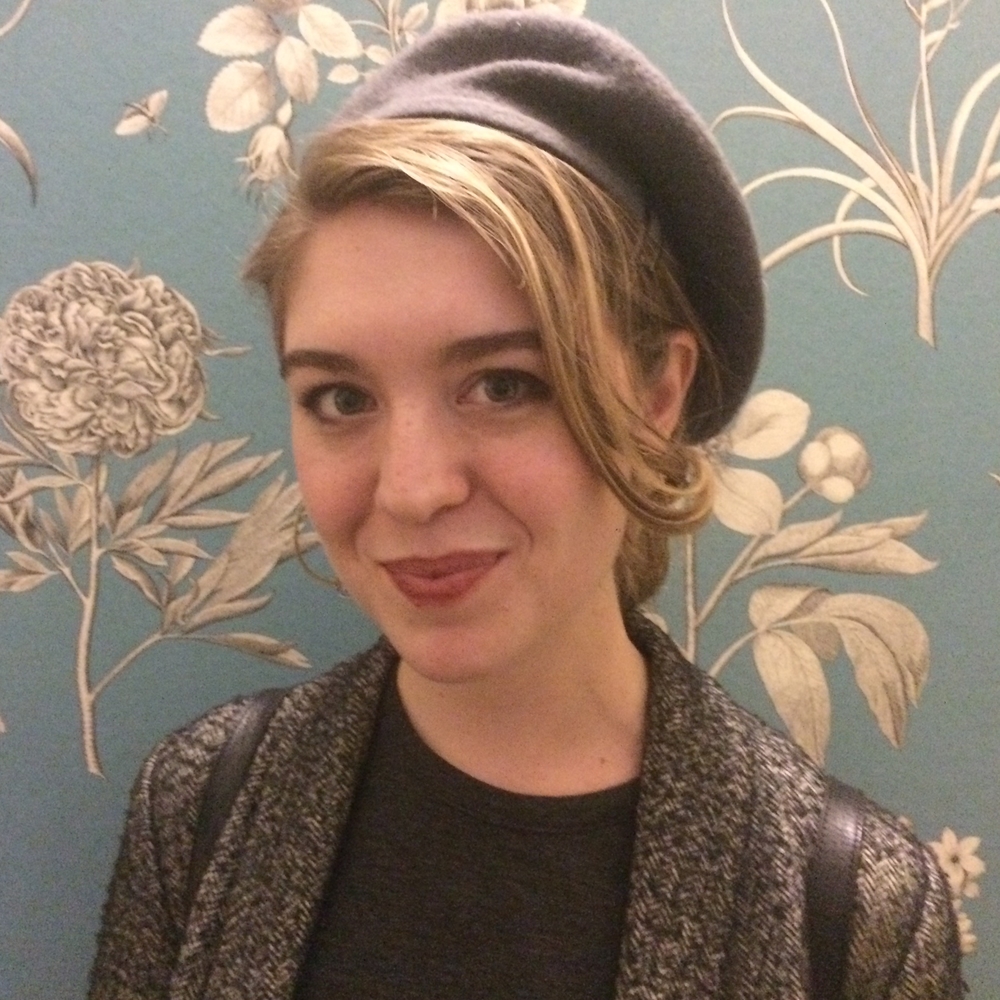 You might be thinking that Ellen Gallagher’s Bird in Hand is just a picture of a cool pirate sporting a jellyfish afro, but it’s so much more than that.

This particular pirate is meant to be an inhabitant of the mythical kingdom of Drexciya, a society which, according to the myth, lies at the bottom of the Atlantic ocean beneath the Middle Passage—the route followed by slave ships onto which millions of Africans were forcibly removed from their homes and transported to the Americas between the 16th and 19th centuries. According to the story, the babies of pregnant women who were brutally tossed overboard for being “sick and disruptive cargo” learned, in their descent to the bottom of the sea, how to breathe underwater, going on after their birth to found the kingdom of Drexciya. Drexciyan civilization, hidden as it is beneath the waves, developed a bit differently than other societies, eventually going on to become far more advanced than any civilization built by humans on shore.

This mythical tale was first told by a Detroit-based techno band (also called Drexciya) who claimed that their music channeled the sonic language of the Drexciyans still haunting the depths of the Middle Passage. The whole story is told over the course of several albums, with details of the society’s origin in the water-breathing babies of enslaved pregnant women written out on the liner notes of a 1997 compilation album called The Quest. The music is both fluid and futuristic (as befits a highly technologically-advanced society of mutated sea-people), and many tracks have a low-fi sound that give the impression that they’ve been recorded by the Drexciyans themselves, all the way at the bottom of the sea. Drexciya wasn’t the first band to invent a sci-fi mythology which reimagined a past that was taken from Black people during the African diaspora. In the 1950s, many jazz musicians, such as Sun Ra (who claimed that he was an alien sent from Saturn to preach peace), began to style themselves as cosmic explorers and beings from other worlds, developing mythologies around otherworldly (or, in the case of Drexciya, underwater) societies in which Black people could thrive.

This combination of science fiction and African diasporic themes, commonly referred to as Afrofuturism, can be found in the work of many contemporary Black artists, including Gallagher, Wangechi Mutu, Kerry James Marshall, and Robert Pruitt. If you take a look at Mutu’s She’s Egungun Again (2005), you might notice that it shares a few aesthetic similarities with Bird in Hand. Both depict a humanoid figure composed from layers of different media, with Bird in Hand pieced together from materials as diverse as newspaper advertisements, plasticine, Himalayan rock salt, maps, gold leaf, and silver paint, and She’s Egungun Again partially composed from cut-up pornographic magazines. Both figures also appear to be sprouting some sort of organic material from their bodies; in the case of Bird in Hand, this material resembles an underwater ecosystem, while the textures in She’s Egungun Again are evocative of grass, roots, and lichen. The artists’ depiction of the growth of new life from these fantastical, collaged bodies speaks to one of the aims of Afrofuturism—to envision what the future of Black life looks like, using as its language a fusion of mythology, technology, and bits and pieces of history, cut apart and refashioned into something entirely new.

In Bird in Hand, Gallagher blends these broader Afrofuturistic themes with her own personal history. Her father’s family came to the United States from Cape Verde, a country that played a key role in the Atlantic slave trade due to its central location between Africa and the Americas. By alluding to the mythical civilization of Drexciya in this piece, Gallagher is tracing the route that brought her father’s family to the United States. According to Gallagher, the figure is meant not only to evoke an inhabitant of Drexciya, but also both a pirate, and Captain Ahab from Moby-Dick, further linking it to Cape Verdean history. During the years of the Atlantic slave trade, the island country became a hotspot both for pirate raids and for whaling vessels that were stopping off on their way to the southern capes of Africa. While the figure in Bird in Hand is on one level a Drexciyan, on another they could also be meant to represent Gallagher’s own personal relationship to her Cape Verdean heritage.

Here is what Wikipedia says about Bird in Hand (painting)

Bird in Hand is a painting by Ellen Gallagher. It is in the collection of the Tate Modern in London, England in the United Kingdom.

Check out the full Wikipedia article about Bird in Hand (painting)

Bird in Hand is mentioned on our blog -

Art History Reader: Gestalt Theory
In any fictional crime show, the detective walks into a scene full of chaos. Instead of being…
Sign up
Forgot Password
Reset Password