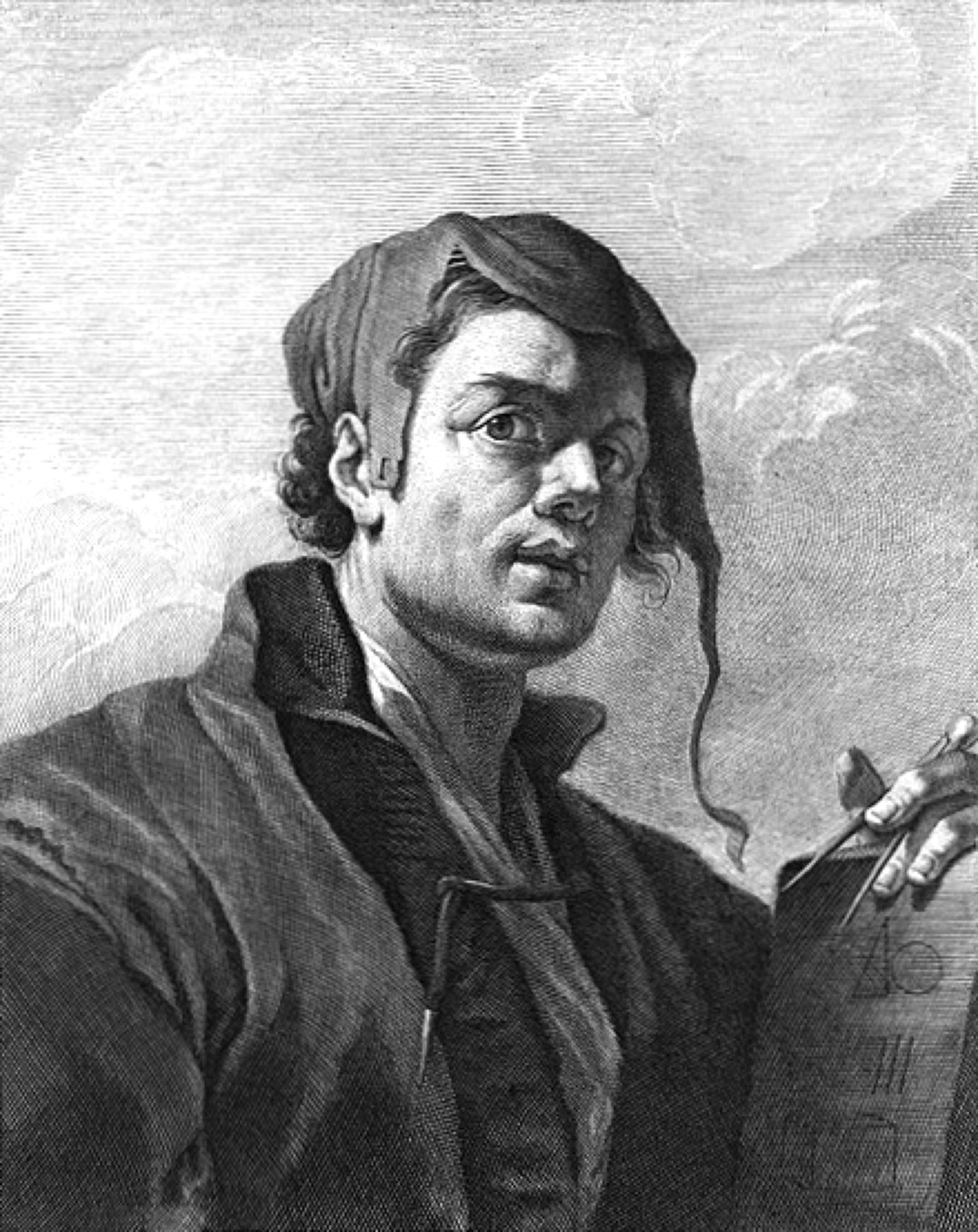 Utrecht, Kingdom of the Netherlands

Utrecht, Kingdom of the Netherlands

In Firenze, van Honthorst attracted the attention of his most famous patron, Cosimo II de’ Medici, Grand Duke of Tuscany.

Gerard van Honthorst's father and grandfather were both kleerschrijvers, traditional textile and tapestry designers in the Netherlands.

Like Artemisia Gentileschi, van Honthorst had art in his blood–and got to see a parent making a living from an art practice. After training as a painter in the Utrecht studio of Abraham Bloemaert, still a very young man, van Honthorst traveled to Italy to get a taste of Sangiovese red wine. He ended up studying painting and came to appreciate just how much spicier that Italian brand of Catholicism was compared to his measured Dutch religion.

Returning to the Netherlands having networked with the Medicis and other big-cheese patrons, van Honthorst became one of the more aesthetically conservative of the Utrecht Caravaggisti, a group of painters working in the style of Caravaggio, like a Renaissance cover band. As one of the Caravaggisti, van Honthorst made Dutch painting more realistic and experimented with artificial light, especially candlelight, to resounding critical success. He abandoned the Caravaggisti in the 1630s, focusing on a more classical style for his many royal patrons, and composing a self-portrait to complement a portrait of his wife.
Centuries before Andy Warhol's goal of making art into a business, van Honthorst was selling his picture book talent to the highest bidders all over Europe, producing marvelous canvases that made Renaissance nobles look fresh, fine and not at all inbred. "Picture book" is an appropriate term for his work because the physical characteristics of the subjects so closely resemble the drawings in children's books.

A genius at cultivating the desires of the Roman nobles in his early Caravaggisti period, you would expect van Honthorst to be either a party animal or a Capote type, always ready with a witty observation. A contemporary, however, describes him as "gloomy and restrained" in personality, despite being extremely financially prosperous in his career. You can identify with the heavy, empty feeling von Honthorst would have felt as he left the dinner table to paint yet another image glorifying the colonial spoils of a nepotistic oligarch. Scholars estimate that his reliable, plodding, workhorse approach was effective enough to earn him the wealth of nobility and to leave an influential mark on both Vermeer and Rembrandt.

Gerard (or Gerrit) van Honthorst was a leading figure in the Utrecht school of painting, that also includes artists such as Hendrik Terbrugghen, and Dirck van Baburen.

These artists all travelled to Italy and were greatly influenced by Caravaggio, especially in the way he used light in dark scenes. In some of Honthorst’s paintings, the only source of light is a single candle; in Rome he became so well-known for these types of paintings, he was called Gherardo delle Notti (Gerard of the Nights)

He spent about ten years in Rome, then returned home to Utrecht in 1620, where he would soon begin to paint in a much lighter style, although he still completed some paintings that carried his trademark low-light scenes, such as The Soldier and the Girl. While in Rome, he, along with other artists, liked to spend time in the city’s casa di puttan (brothels) or luoghi prohibiti (forbidden establishments). He became involved in a long-term relationship with a prostitute named Vittoria da Rieti, and in the year before he returned home, he was arrested in her house. It turns out the arrest had nothing to do with patronizing a prostitute, but the fact that he was carrying a sword in a brothel-that was not legal!

If you’re wondering why an artist is carrying a sword around town in the first place, it’s because in the 17th century, Rome was a pretty wild place. Many visiting artists from northern Europe liked to drink, gamble, hang out with prostitutes, and in general do a lot of carousing in their adopted city. Caravaggio was especially infamous for getting into fights; he ended up killing a man and going on the run, but that’s another story.

In 1623, Honthorst was selected to be the dean of the Guild of Saint Luke; it is not clear how long he held this position, but he certainly kept himself busy. He opened a school where he taught an “aristocratic class” of students; these included the Queen of Bohemia and her children. Even in those days, it was always good to network and form connections; it was likely through the Queen that Charles the 1st became aware of Honthorst’s talents. Charles would later commission him to paint allegorical themes in the Palace of Whitehall (now in Hampton Court Palace) and while he was there, also numerous portraits, several of which remain in the Royal Collection.

Honthorst had a brother, Willem, who was also a painter, although not nearly as prolific as Gerrard. Some of Willem’s paintings had previously been attributed to Gerrard, due to a similarity in their signatures. Honthorst would later paint for the king of Denmark, Christian IV, and finish his career as court painter for the princess of Orange, in the Hague, where he painted mostly portraits. When he died in 1656, he left behind a legacy of more than 500 paintings.

Here is what Wikipedia says about Gerard van Honthorst

Gerard van Honthorst (Gerrit van Honthorst) (4 November 1592 – 27 April 1656) was a Dutch Golden Age painter who became known for his depiction of artificially lit scenes, eventually receiving the nickname Gherardo delle Notti ("Gerard of the Nights"). Early in his career he visited Rome, where he had great success painting in a style influenced by Caravaggio. Following his return to the Netherlands he became a leading portrait painter.

Check out the full Wikipedia article about Gerard van Honthorst