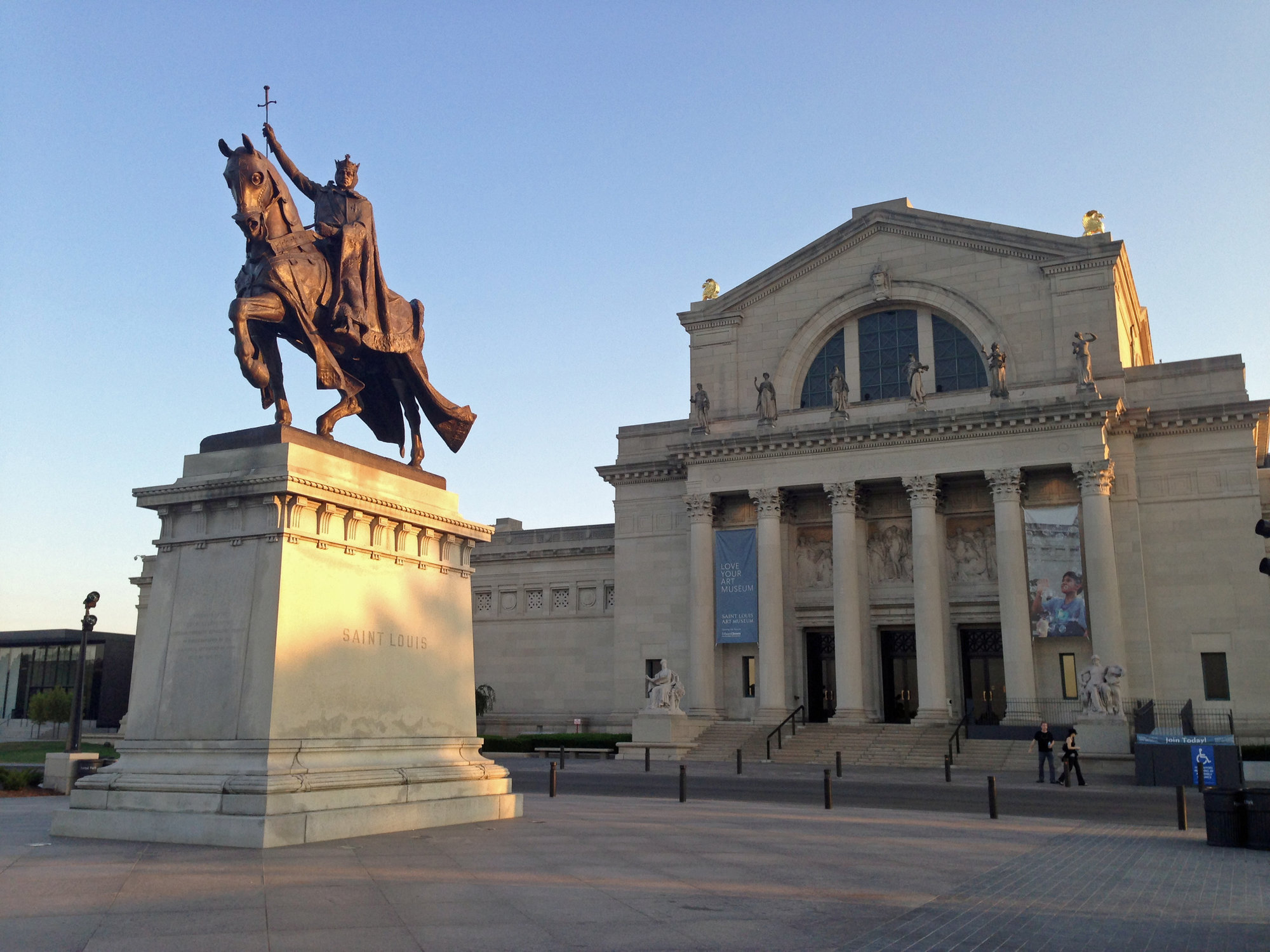 Perhaps the only museum with an onomatopoeia as an acronym, the Saint Louis Art Museum is known in shorthand as SLAM.

Many museums offer “pay-what-you-wish” admission, but did you know that there are also institutions that are straight up free? The St. Louis Art Museum joins the rank of noble museums that offer free admission to the public. This special sort of place includes the Cleveland Museum of Art, the J. Paul Getty Museum in Los Angeles, and of course the Smithsonian American Art Museum and Smithsonian National Portrait Gallery, both in Washington, D.C. At SLAM, general admission is free every day of the week. Special exhibitions cost some money, but you can even see these for free on Fridays. What a bargain!

There’s something for everyone at the Saint Louis Art Museum because it’s an encyclopedic museum, which is a fancy way of saying that it collects anything and everything. Amazingly, the collection consists of 33,000+ objects that cover five millennia historically and six continents geographically. The institution has amassed so much stuff in the 138 years that it has existed that the museum had to add a new building, called the East Building, onto the museum’s campus in 2013. The main building, however, dates back to the 1904 World’s Fair, which took place in Saint Louis to celebrate the centennial anniversary of the Louisiana Purchase.

This museum is pretty unique in that it has a special collections area devoted to African American art embedded within its more traditional categories like ancient art, European art, and Asian art. This collection includes some superstar artists like Kara Walker, Jacob Lawrence, and Lorna Simpson, as well as a collection of photographs by the significant but less-well-known photographer Moneta Sleet, Jr., who served as the staff photographer for Ebony magazine from 1955 to 1996.

In its modern art collection, the museum boasts the largest public collection of Max Beckmann works in the world, with almost 100 paintings and prints by the artist. This is perhaps because Max Beckmann lived in Saint Louis for some time when he moved to the United States from Europe. The museum has complemented its strong Beckmann collection by collecting other German artists from the modern and contemporary periods, such as the lovable weirdo Joseph Beuys and the always-intriguing Gerhard Richter.

Here is what Wikipedia says about Saint Louis Art Museum

The Saint Louis Art Museum (SLAM) is one of the principal U.S. art museums, with paintings, sculptures, cultural objects, and ancient masterpieces from all corners of the world. Its three-story building stands in Forest Park in St. Louis, Missouri, where it is visited by up to a half million people every year. Admission is free through a subsidy from the cultural tax district for St. Louis City and County.

In addition to the featured exhibitions, the museum offers rotating exhibitions and installations. These include the Currents series, which features contemporary artists, as well as regular exhibitions of new media art and works on paper.

Saint Louis Art Museum is mentioned on our blog -

Monet: The Late Years at the De Young
Two years ago, the Fine Arts Museums of San Francisco put on a show called “Monet: the Early…
Sign up
Forgot Password
Reset Password