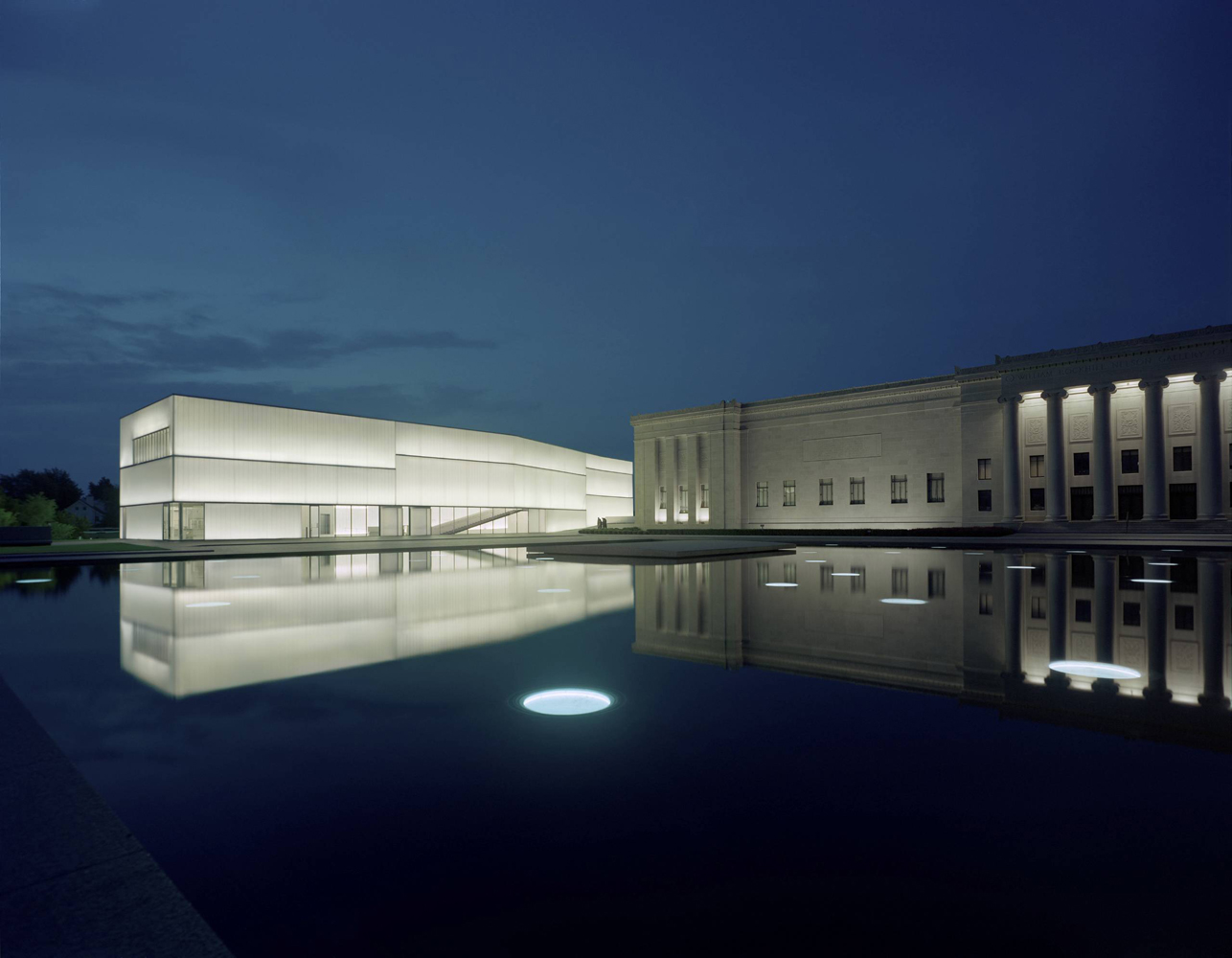 More about Nelson-Atkins Museum of Art

Works at Nelson-Atkins Museum of Art

Nelson-Atkins is one of America's ten largest museums. 10/10 would visit.

The Nelson-Atkins might also have the best collection of pan-Asian art from sea to shining sea. If you're in Kansas City and want to follow up your lunch of burnt ends and beans with some superb Chinese landscape painting, the Nelson-Atkins has you uniquely covered. I'm not trying to pigeonhole them, either. The other stuff in their collection is top notch. Hell, one of the paintings they've owned since 1935, and largely kept in storage, was discovered in 2016 to be a long lost temptation of Saint Anthony by the one and only Hieronymus Bosch. If that doesn't convince you that the fine folks at the Nelkins have good taste, then you have some issues.

The museum was opened as the William Rockhill Nelson Gallery of Art and Mary Atkins Museum of Fine Arts and modeled after the Cleveland Museum of Art. Nelson and Atkins never met. They were just two crazy kids who moved to Kansas City, made fortunes independent of each other, and wanted to leave the place a little better than they found it.

Nelson's desire to improve Kansas City bordered on the pathological. He spent his formative years in Indiana. Losing a fortune made in the railroading business before trying his hand at law and presidential politics. He hit pay dirt by opening and selling a newspaper in Fort Worth. He took the newspaper business on the road and moved to Kansas City to open the Kansas City Star, still in operation. The muddy banks of the Missouri River put stars in his eyes. He saw potential in the city and its people, and his overriding goal was to put the place on the map as a world class cultural hotspot. He left a considerable portion of his small fortune to form the William Rockhill Nelson Trust, aimed at buying up all the greatest artwork possible for the purpose of building a museum. Despite the flush funds in the trust's account, and Nelson's family donating his mansion and land as a museum site, the dream needed some more $$$ to bloom into reality.

Enter Mary McAfee Atkins. Bookish schoolteacher and private person. Kentuckian transplant with her husband, who hit it big in Kansas City in milling and real estate speculation. Mr. Atkins died just two decades after the couple's arrival to KC, leaving her a small fortune. Mary used the money almost exclusively to travel, though she kept the day job teaching. When summer rolled around, she lovingly flipped the bird at the snot-nosed little dears and high tailed it to Europe. Holing up in the Louvre, London's National Gallery, and museums all around Germany. She left $300,000 in a trust to build a museum for Kansas City in 1911. The little nest egg grew for almost twenty years until, at $700,000, the trustees agreed to merge it with the monies of the Nelson estate, realizing the goals of each and bringing culture and class to the great state of Missouri.

Here is what Wikipedia says about Nelson-Atkins Museum of Art

The Nelson-Atkins Museum of Art is an art museum in Kansas City, Missouri, known for its encyclopedic collection of art from nearly every continent and culture, and especially for its extensive collection of Asian art.

In 2007, Time magazine ranked the museum's new Bloch Building number one on its list of "The 10 Best (New and Upcoming) Architectural Marvels" which considered candidates from around the globe.

On September 1, 2010, Julián Zugazagoitia (b. 1964) became the museum's fifth Director. Zugazagoitia had previously served for seven years as the Director and CEO of El Museo del Barrio in New York City.

The museum is open five days a week: Monday from 10 am-5 pm, closed Tuesday and Wednesday, open Thursday 10-5, Friday 10-9, Saturday and Sunday 10-5. To maintain social distancing in the galleries, visitors must reserve a timed admission ticket online or by phone.

Nelson-Atkins Museum of Art is mentioned on our blog - 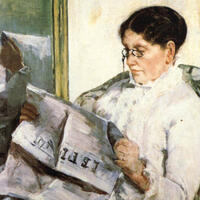