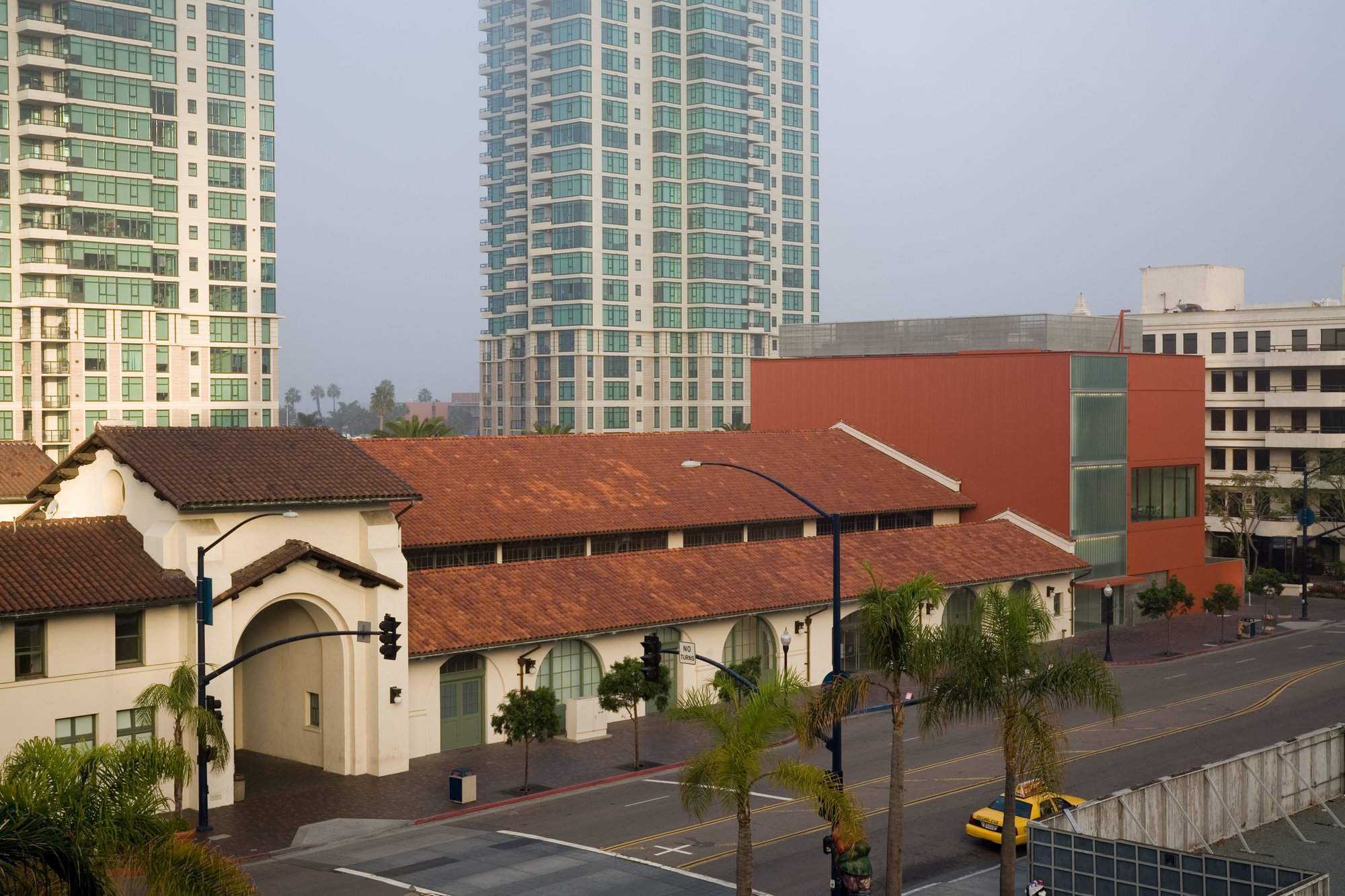 In classic southern California fashion, the Museum of Contemporary Art San Diego is actually two, small museums connected by a “convenient” freeway (as long as it’s not between 7:00-9:30 a.m. or 3:00-6:30 p.m. when traffic is a Bummer).

The original space in La Jolla is housed in a much added-to villa once owned by the wildly benevolent matriarch Ellen Browning Scripps. The downtown space occupies a former train station baggage depot (surprisingly charming actually) which was recently updated with a glass and steel outgrowth paid-for by tech-power-couple Irwin and Joan Jacobs. Love to see that microchip money being put to good use.

Hidden within what seem to be little more than repositories for the tax-exempt fortunes of two La Jolla royal families is an impressive permanent collection including more than 4,700 works of post-1950 art. The collection is strong in Pop, minimalism, and installation featuring names like Ed Ruscha, Agnes Martin, Helen Frankenthaler, Lorna Simpson, and Andy Goldsworthy. You know, all the people a museum of contemporary art should have. Even more reason to drop by, however, are the works by local Mexican and Mexican-American artists in dialogue with the international border that hangs out just 17 miles away. The former museum director Hugh Davies has said that telling the story of Tijuana and addressing the nature of diaspora has always been a priority. Guess how he feels about that border wall idea...

The La Jolla branch is currently closed for a mostly-Jacobs-funded renovation. Previously each space was only large enough to show one rotating exhibition, the expansion will allow them to show some of their permanent holdings. Annabelle Sellerdorf, the architect behind the new additions, is heeding Joni Mitchell’s lament; in addition to all kinds of new gallery space, she’s un-paving a parking lot and putting in a public park paradise; stay tuned for the hippies revenge. Museum entrance is free if you’re under 25 or are a student, so there's literally no reason to not go.

The Museum of Contemporary Art San Diego (or MCASD), in San Diego, California, US, is an art museum focused on the collection, preservation, exhibition, and interpretation of works of art from 1950 to the present.