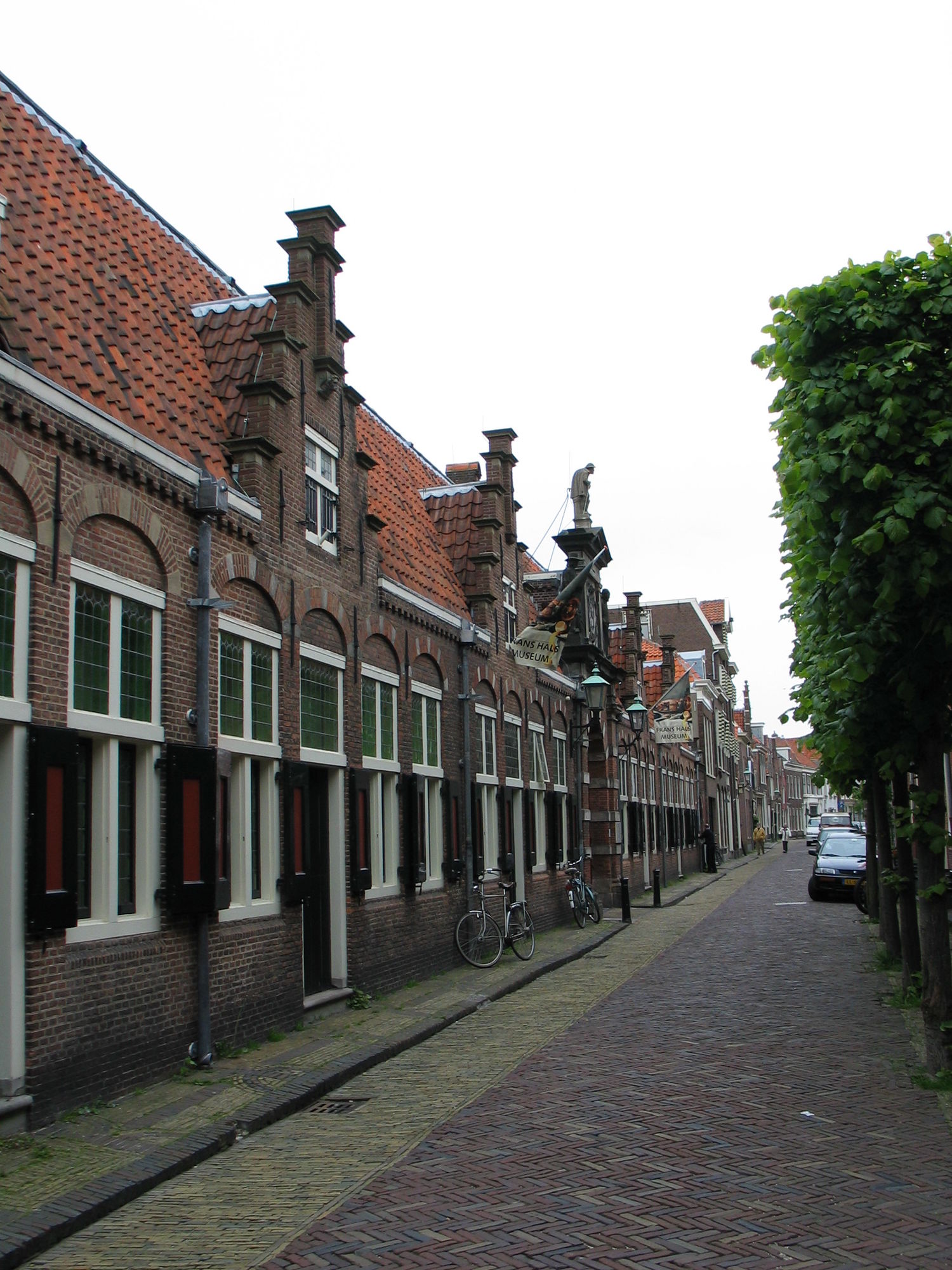 Monet, Courbet, and Manet are among the artists who visited the museum to study Hals.

The second location of the Frans Hals Museum exists in a series of buildings that include a former fish market and a meat market.

One of the museum's two locations is in a building which used to be a Oude Mannenhuis, a free residence for elderly men.

Recently, the Frans Hals Museum merged its collection, which includes works by Jan Steen and Judith Leyster, as well as the largest group of Frans Hals works in the world, with a contemporary art museum a short walk away.

They could have done their best to keep old and new apart, like picky eaters pushing the gravy away from the cornbread, but they took the opposite approach, and grouped seemingly unrelated works of art together. In doing so, they brought a sense of excitement and surprise back to the museum world. Luckily, we're another step closer to moving past, or at least questioning, stodgy academic terms that only matter to a few "experts"— terms like "modern," "contemporary," "classical," "old master," "avant garde," and so on.

Slowly but surely, over the course of hundreds of years, European governments began to realize that it's probably better not to force one particular interpretation of the scriptures down everyone's throat. The idea of "religious freedom" comes from this movement, and I don't even have to tell you that it's a good thing. Before the idea of religious freedom in Europe, artists played the role of wizard-priests, wowing everyone with spectacular illustrations of miracles. Six hundred years ago, for example, no European would have said that an art gallery was "boring"—European art was - until the secularization of art, the opening of art markets, and the dawn of the age of art critics, curators, and historians - an enormous thrill, a sacred journey through time. Without imposing any system on us, the Frans Hals Museum is endeavoring to make art cool and current for museum-goers by imitating the experimental, risk-taking attitude of artists themselves. For Ann Demeester, director of the Frans Hals Museum, "an artist is more free" than an art historian "to connect" meaningful works across geography, language, and time.

Moving beyond the neurotic tendency of curators to group paintings by time period and culture, The Frans Hals Museum connects artworks to form surprising, unexpected relationships, like the juxtaposition of Kerry James Marshall's recent Untitled (Beauty Queen) with Frans Hals' Portrait of Cornelia Vooght from centuries earlier. This idea of switching up museum chronologies emerged, partly, from the tendency of art historians to overlook Hals in favor of Rembrandt and Vermeer, until more recent historians started noticing his big impact on impressionism. Now people say that he belongs to more than one era.

Although the Dutch colonial empire is marked by exploitation, greed, and abuse, the design of domestic Dutch architecture and society is based on an idea of communal responsibility, which the Hals Museum commemorates and revitalizes. For example, the building which the Frans Hals Museum occupied in 1913 was originally constructed by Haarlem residents as a place where men over sixty could live and eat, free of charge.

Here is what Wikipedia says about Frans Hals Museum

The Frans Hals Museum is a museum located in Haarlem, the Netherlands.

The museum was established in 1862. In 1950, the museum was split in two locations when the collection of modern art was moved to the Museum De Hallen (since 2018 called Hal). The main collection, including its famous 17th-century Frans Hals paintings, for which the museum is named, is located in the former Oude Mannenhuis on the Groot Heiligland.

The museum was founded in 1862 in the newly renovated former Dominican church cloisters located in the back of the Haarlem city hall known as the Prinsenhof, and when it needed more space, it moved to the recently vacated location of the town orphanage in 1913. The collection is based on the large number of paintings owned by the City of Haarlem, which includes over 100 artworks seized from Catholic churches in the 1580s after the Protestant Reformation, and Haarlem art rescued from demolished local buildings from the 15th century onwards.

In 2018 the museum re-merged with Museum De Hallen to form a single museum called the Frans Hals Museum with two locations: Hof (located on Groot Heiligland) and Hal (located on Grote Markt).

Check out the full Wikipedia article about Frans Hals Museum