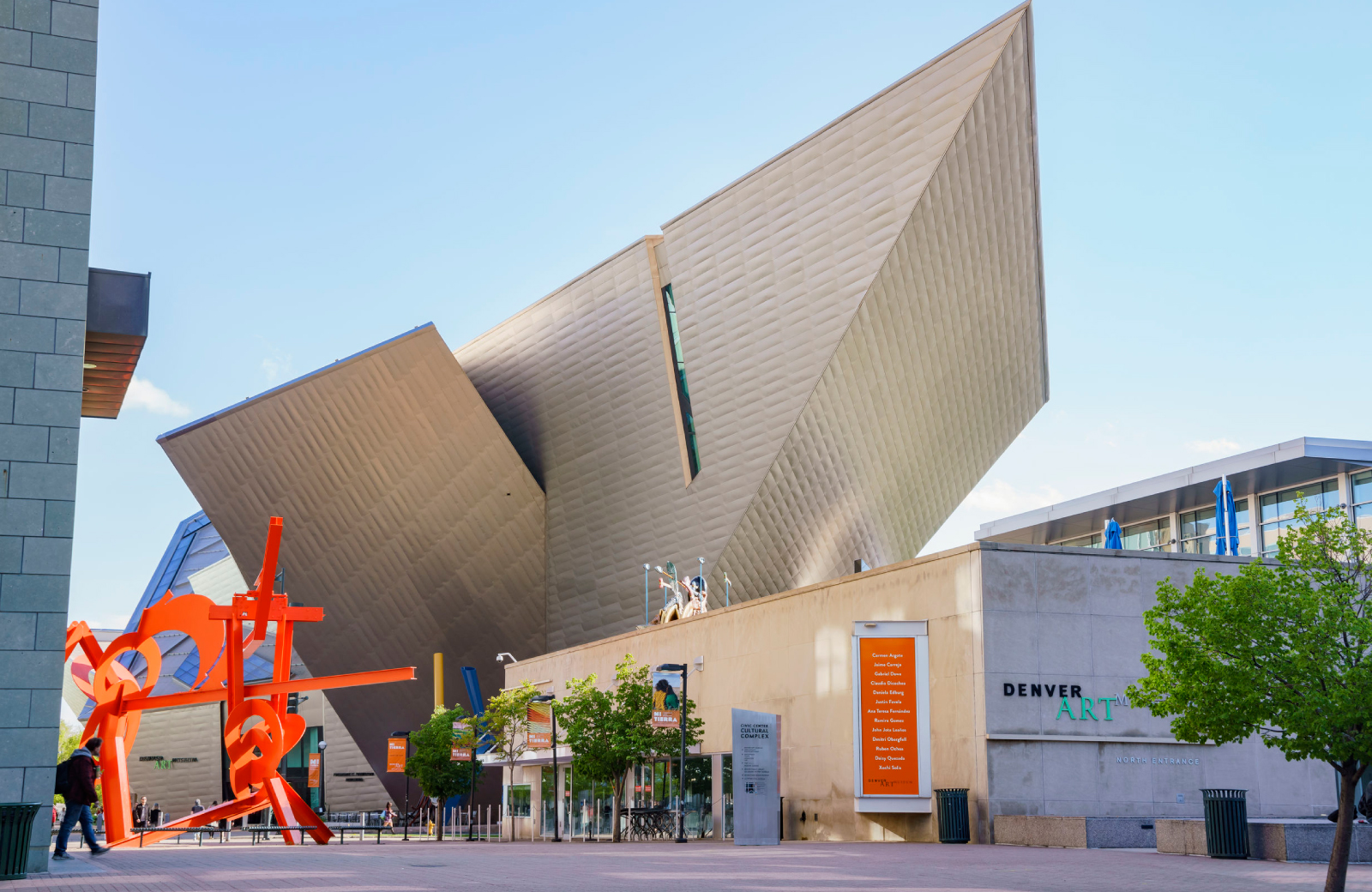 From its humble beginnings as the Denver Artists Club, founded in 1893, where it was housed in various buildings, including the local library, the Denver Art Museum now boasts over 350,000 square feet of space in two buildings.

The Denver Artists Club was originally comprised of six women and four men; as the organization grew, they changed the name to the Denver Art Association in 1917. In 1922, they were gifted the Chappell House, a large mansion where they were able to house their collections; this would become the Denver Art Museum in 1923.

The Denver Art Museum is worth seeing not only for their collection of over 70,000 pieces of art, but for the amazing and different architecture of their two main buildings. The museum has not one, but two unique buildings, and will soon have a major addition, which is currently under construction. The first building, the North Building, opened in 1971, and was designed by Italian architect Gio Ponti (his only work in the United States). It looks kind of like a modern interpretation of a medieval castle or fortress, if that castle had a million glass tiles on the exterior, of course.

The addition now being added to the museum is a new Welcome Center that is shaped like an oval, and will be in between the two existing buildings. During the construction, the North Building is closed, and is expected to reopen in 2021, in time for the building’s 50th anniversary.

The second building, the Frederic C. Hamilton Building, opened in 2006, and has some of the sharpest angles you will find on any museum building anywhere in the world. The architect, Daniel Libeskind, said that the design was inspired by the peaks and valleys of the nearby Rocky Mountains. This building reminds me of a giant piece of origami, maybe a swan. However, not everyone is a fan of this type of architecture, one critic actually thinks it can be dangerous to our health.

It’s much more likely that other people can be dangerous to one’s health, or, as happened in a recent incident, the health of the art. Thankfully, occurrences of vandalism at museums are relatively rare, but the museum experienced this in December of 2018, when an 18-year-old man went on a “rampage,” and damaged 10 works of art. All of the artworks were a part of the same exhibit: Stampede: Animals in Art. Using only his hands, the man knocked over and threw pieces of art around the gallery before security tackled him and got him under control. The damages were at first estimated to be over a million dollars, but that figure was later revised to less than $100,000.

The museum is also across the street from the Clyfford Still Museum, and about a block away from the Kirkland Museum of Fine and Decorative Art. If that still isn’t enough art or museums for you, within a several block radius, there is the Denver Firefighters Museum, the Molly Brown House Museum, and the William Havu Gallery.

Here is what Wikipedia says about Denver Art Museum

In 2018, the museum began a transformational $150 million renovation project to unify the campus and revitalize Ponti's original structure, including the creation of new exhibition spaces, two new dining options, and a new welcome center.

Check out the full Wikipedia article about Denver Art Museum

Art is the most important part of any culture!