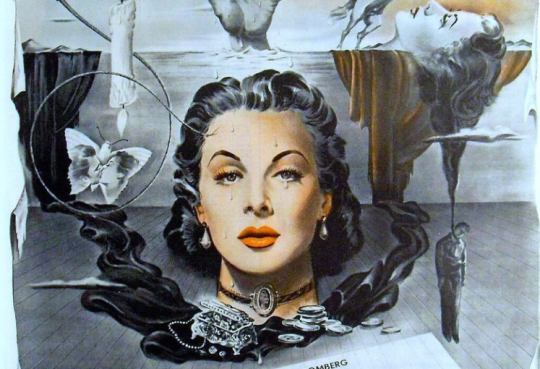 In 1930s Paris, fashion designer Elsa Schiaparelli and Surrealist masters like Salvador Dali, Meret Oppenheim and Man Ray, collaborated to launch a golden age of French style, but the Nazi occupation of Paris put the avant-garde fashion movement on hold.

Schiaparelli went into exile in New York, Coco Chanel closed up shop rather than cater to the Nazi elite, while those couturiers who did remain active had to temper their creativity to the more conservative tastes of the Nazi wives.  Hitler hoped to dispense with French fashion altogether and restyle Vienna (a Germanic city) as the new international capital of style.  Meanwhile, in free allied nations such as Britain and the USA, the utilitarian needs of war subverted aesthetics….with one notable exception.

Hooray for Hollywood!  When civilization crumbles, Hollywood thrives, and millions of American women who suited up in denim coveralls to drill rivets by day, payed for the elaborate fantasies of the silver screen by night.  Inspired by the French Surrealist movement of the 1930s, Hollywood costume designers delivered eye-popping (sometimes literally) wardrobes to take the sting out of the Great Depression, World War II, and postwar uncertainty. 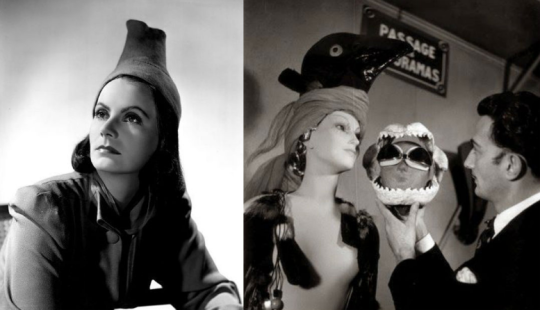 In Ninotchka, a nostalgic political rom-com set in pre-invasion Paris, humorless communist Ninotchka satirizes avant-garde fashion by saying, “How can such a civilization survive which permits their women to put things like that on their heads? It won’t be long now comrades.” 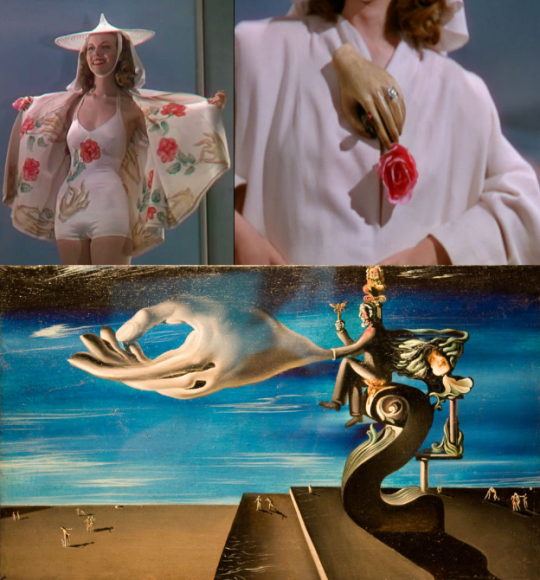 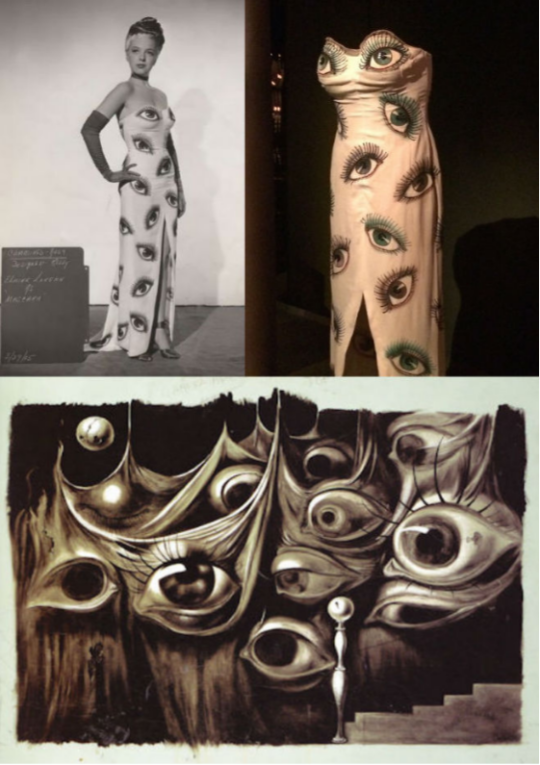 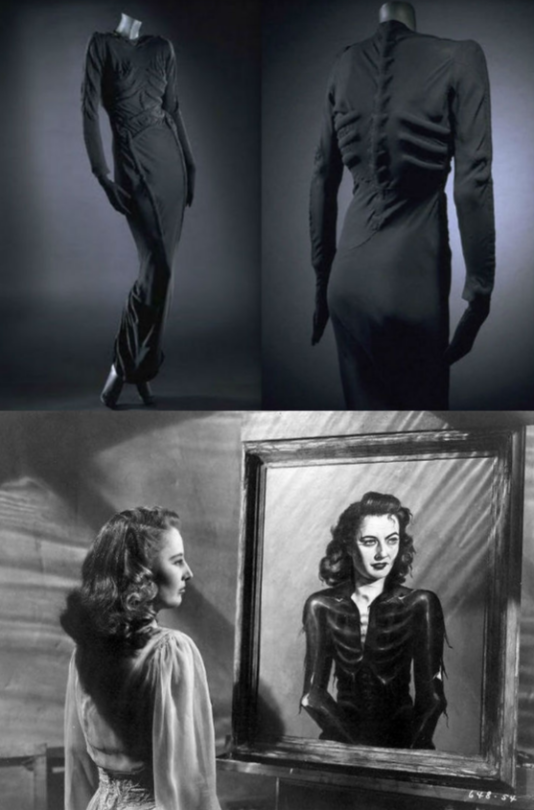 Skeleton Dress by Schiaparelli with Dali (1938), in the Victoria and Albert Museum (top).  Barbara Stanwyck with Surrealist portrait by John Decker, from The Two Mrs. Carrolls (1947, bottom).

Contrary to Garbo’s prediction that the frivolous Western World would fall, Paris and her fashion rose from the ashes.  Keep reading to see what happens when French fashion makes a comeback, and Surrealist chic takes the Lady Gaga era by storm!