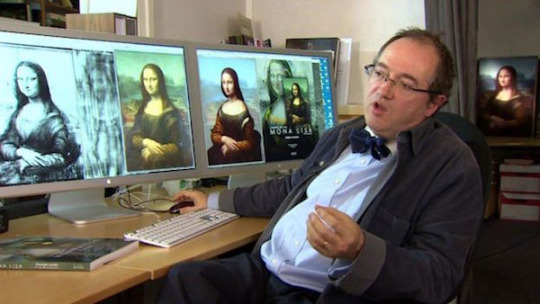 The Mona Lisa has been confirmed to be a direct ancestor of Donald Trump. You heard that right–  Lisa Gherardini, star of the most famous painting in the world, beautifully rendered by Leonardo da Vinci himself… is a distant relation of present-day scourge of the earth, Donald J. Trump. 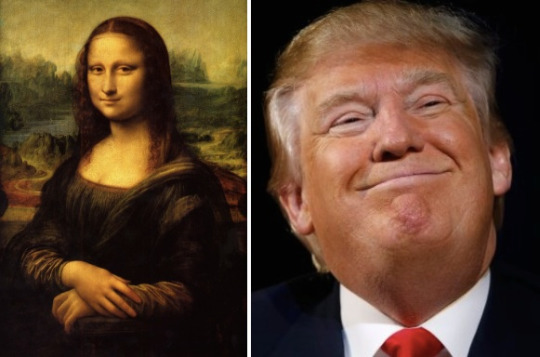 “It began as something of a joke,” said Jacques Castaing, a staff scientist at the Louvre’s  Center for Research & Restoration of the Museums of France (C2RMF). After conservationists found an underlying orange tint below the initial layer of centuries old oil paint, they joked that the Mona Lisa must have some relation to the American capitalist and presidential candidate Trump.

“Trump is known for his, ah, peculiar complexion,” Jacques Castaing continued with some delicacy, “and after we discovered this orange underpainting and made a couple of funny comments I became genuinely curious about where the ancestors of Lisa Gherardini may be today.” 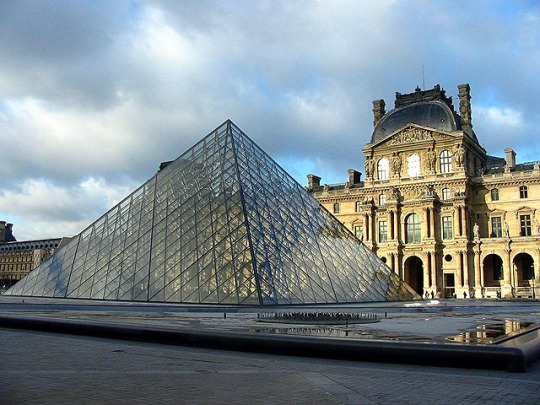 After America will Trump take over France as well? He could set up shop in the Louvre Museum.

Little did Castaing realize that his hunch was not so far from the truth. After a year of extensive genealogical research with the help of the Society for Italian Historical Studies’ lead genealogist Guiseppe Altieri, completed records recently revealed that German ancestor Hans Drumpf, born in the early 1500s, may have been the illegitimate son of Gherardini’s sister.

“We can’t prove anything conclusively just yet,” Altieri reported, “but the evidence appears to be clear at this point in the investigation.”

A preliminary summary of the data and a complete family tree showing the linkage is expected to be released in coming months.

With a multi-million dollar operating budget, the Louvre’s C2RMF laboratory has uncovered a number of secrets about ancient artwork. “But none as shocking as this,” said Castaing, “I can almost see the resemblance in her smile now. We always wondered if it was a smile or a smirk. Now I think it may be his Italian side.”

Donald Trump has not yet commented on this discovery. What does America’s next president have to say for himself?