Skip to main content
Artworks
Woman with a Book

After Picasso died at 91, a statue of Walter holding a lamp was placed over his grave.

This portrait is inspired by Jean-Auguste-Dominique Ingres’s Portrait of Madame Moitessier. The fan from Ingres’s portrait is cleverly replaced with the opened pages of a book.

More about Woman with a Book 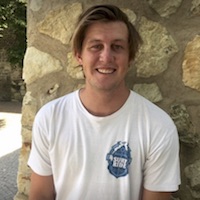 Pablo Picasso is no master of the original title.

Luckily, his similar titles yield far from similar results. In this painting specifically, he was inspired by a work by the Neoclassical master Jean-Auguste-Dominique Ingres. Picasso first encountered Ingres’ portrait Madame Moitessier in 1921, and it must have really sunk in, because this work is quite imitative in the positioning. Although, of course, Picasso made it his own with lots of bizarre modifications. He rested the model’s head on her hand and cleverly replaced the fan with the opened pages of a book.

The artist Françoise Gilot, Picasso’s first wife, wrote in her memoir Life with Picasso of the horrific way Picasso treated people, especially women . Picasso, in his rage, abuse, and misogyny affected the lives of many of the people around him, especially women, and the woman depicted here, Marie-Thérèse Walter, is no exception.

This portrait is one of many paintings and sculptures that Picasso did of his lover Walter. Walter and Picasso began to have a relationship after they met on the street in Paris, when she was seventeen and he was forty-six. When he met her, he immediately asked if he could paint her. Picasso being married, he saw Walter on the side, and he even bought a home outside Paris, called Boisgeloup, where Walter would ride her bike to come stay with him. They had a child together, and Picasso promised to marry her many times, but, surprise surprise, he never actually came through. Walter would sadly spend much of her life in and out of clinics and living mostly with her mother. Despite the way Picasso treated her, she was notably kind, and even saved Picasso’s grandson by calling in a helicopter for him when he swallowed bleach after being told he couldn’t go to Picasso’s funeral. After Picasso died at 91, a statue of Walter holding a lamp was placed over his grave. Tragically, Walter hung herself in 1977, four years after Picasso died.

Woman with a Book is one of the most famous Picasso works in one order, with works such as Gernika. Interesting fact; did you know that the U.S planned to buy some of the Picasso's works and even wanted to cooperate with him to make several works on Washington?

One thing that sticks out to me about Picasso's work is the use of color and how it combined with the abstract linework. See, if you have a figure made from a bunch of lines intersecting and they are each colored in differently, it gives off a very distinct look, and one even open to interpretation. And when it comes to art, many art buffs love art that has many interpretations.

This painting uses many artistic elements. I enjoyed it because of the use of simple lines and complex colors. The complex colors may seem dazzling, but they are not abrupt at all. The whole painting gives me a very harmonious feeling. And, the author's use of color shows the woman's emotions.

This piece of artwork conveys a variety of elements of art. First it shows a variety of light and dark colors that allows the painting to pop. Another element of art in this painting are the lines. Each object and the woman is outlined by lines whether it is straight or curved lines. Lastly another element is the painting makes good use of space. The woman and the book is what catches the eye first and it is right at the center of the artwork.

I notice the element of color in this Picasso painting. Picasso utilizes harsh, primary colors and pairs them with softer, pastel colors to create this painting. Additionally, he uses line to outline the chair, the woman, and the picture frame behind the woman.

I really like that the woman shown in the painting is drawn in a very simple way yet is painted in bright colors.