More about The Two Fridas 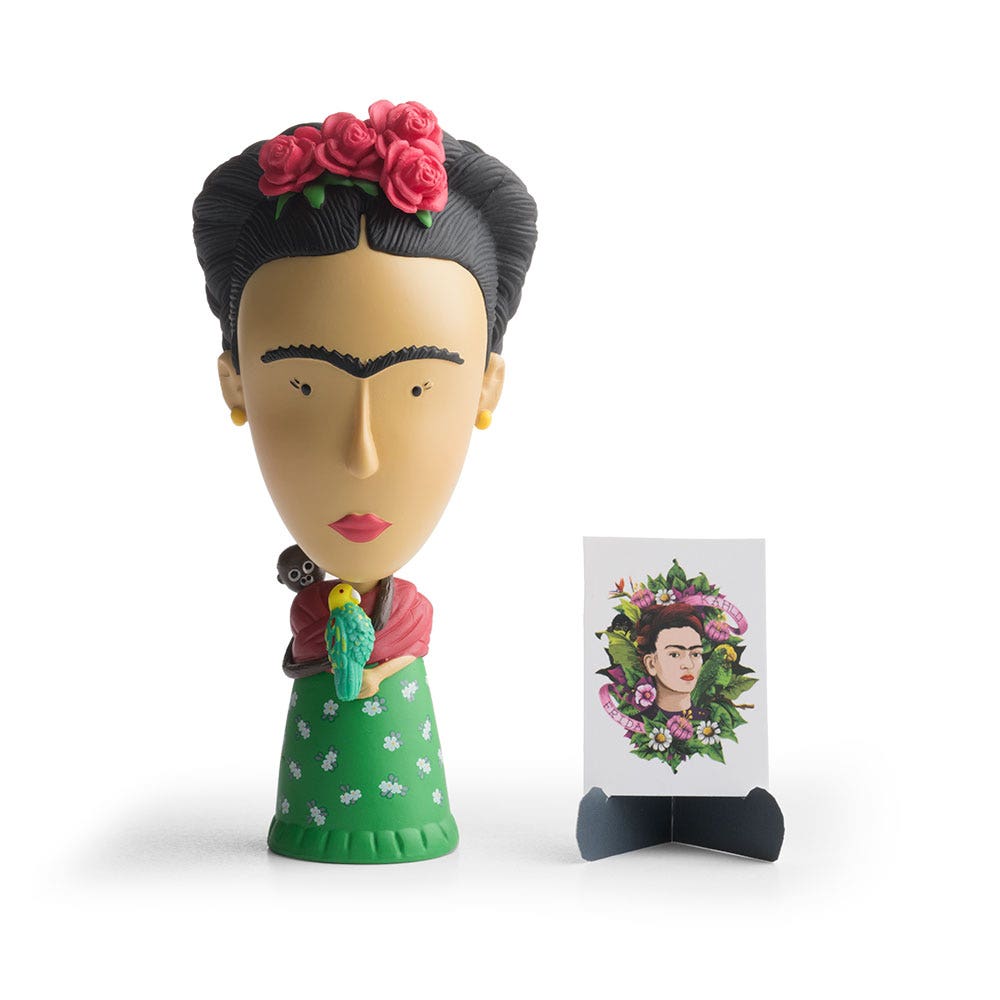 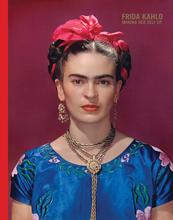 Frida Kahlo: Making Her Self Up by Claire Wilcox

Frida in America by Celia Stahr 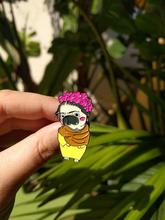 Frida Kahlo painted this image of ambivalence and heartache at the time of her divorce from the love of her life, her "Frog Prince" Diego Rivera.

She once said that she suffered two great accidents in her life. One was when a street accident left her with a broken back, fractured pelvis, and crushed foot, leading to a lifetime of surgeries and physical pain. The other was Diego, her devoted but philandering husband.

The Frida on the right dressed in traditional Mexican dress holds a tiny portrait of Diego in her hand. Her heart is whole. The Frida on the left has a ruptured heart. She is trying to stop the hemorrhaging.

Within a year, they had remarried. Both continued having affairs.

Here is what Wikipedia says about The Two Fridas

The Two Fridas (Las dos Fridas in Spanish) is an oil painting by Mexican artist Frida Kahlo. The painting was the first large-scale work done by Kahlo and is considered one of her most notable paintings. It is a double self-portrait, depicting two versions of Kahlo seated together. One is wearing a white European-style Victorian dress while the other is wearing a traditional Tehuana dress. The painting is housed at the Museo de Arte Moderno in Mexico City.

Check out the full Wikipedia article about The Two Fridas

How much do you know about Frida Kahlo? Take our quiz!

This painting is considered one of Frida Kahlo's most notable paintings, as it portrays the double identity Frida carries. On the left, Frida is dressed is a European-style white dress and is holding a surgical tool. Her heart appears to be ruptured as blood drips onto her dress. In contrast, the Frida on the right wears a more traditional dress found in Mexico. She holds a tiny picture of Diego Rivera, her on-again off-again husband in her hand, and her heart appears healthier. The use of color is not unlike that of her other paintings; she tends to utilize warmer tones and outlines, with light, leafy greens, bright, golden yellows, and rusty reds. Additionally, it is clear the paintings' composition is divided in two, so that the eye is drawn to both Fridas equally. Finally, I noticed that this painting takes the shape of a rectangle; it feels very two-dimensional.

This painting is an excellent reflection of how Frida spent her time as an artist painting her reality. On the right, Frida expresses her longing and love for Diego Rivera by holding his picture in her hand. Her skin appears ever so slightly darker, and her heart looks whole. On the left, however, one could argue that Frida is suffering from a broken heart. The European style of dress and paler face may represent the Frida that Diego loved, and the bleeding heart she has for a man she wished she could love. Another interesting thing to note from this painting: the two Fridas are not only connected through an artery going between the two hearts, but also by them holding hands. I think this is a great symbol to reflect how, as juxtaposed as these two Fridas are, they are in unison and share an identity.

The Two Fridas is mentioned on our blog - 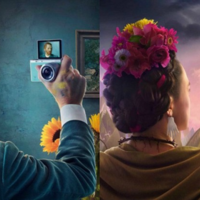 25 Amazing Ideas for Art History Halloween Costumes
If you're still unsure about your Halloween costume, let us give you 25 ( plus a few extra) new…
Sign up
Forgot Password
Reset Password