More about The Painter on the Road to Tarascon

Vincent's Books: Van Gogh and the Writers Who Inspired Him by Mariella Guzzoni 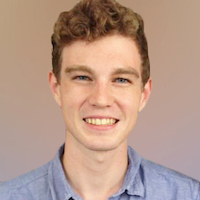 It’s not clear in this self-portrait by Vincent van Gogh, why his daily commute required the lengthy trek to Tarascon, a village in Provence three hours from his home in Arles.

Perhaps the surprisingly exhausting occupation of being a plein-air artist in the 1880's was why VVG felt so misunderstood. He made long slogs through the South of France, travelling to paint the countryside, which may sound delightful, but apparently it was the broody Dutchman's cross to bear. As the quintessential struggling artist, he depended on his brother Theo for advice. He wrote to him of his heavy load, describing the painting as, "a rough sketch I made of myself laden with boxes, props, and canvas on the sunny road to Tarascon.” But honestly, the burden doesn’t seem to trouble the cherry-lipped smile or straw-hat swagger of the man in the painting.

On the other hand, his vacant eye-sockets that borrow the color of the fields behind his head, might tell a different story. This weird self-portrait hints that VVG's life was about to feel the heat of harder times. Within two years of this work's execution, the unstable artist would succumb to seizures, commit suicide, and move in with roommate and fellow artist Paul Gauguin (not in that order, of course).

To add to the drama, this is one of only six van Gogh works—out of over 900 paintings and over 1100 drawings—to go missing-in-action. After being stolen by Nazis, they were lost in WWII infernos under Allied attacks—thank you troops! This puts Painter in an elite club of Post-Impressionist works that are truly irreplaceable. Luckily, the lost works have survived on the internet and through print reproductions. Even though all six losses were treated like tragedies, the only other demolished Van Gogh work worth seeing was Still Life: Vase with Five Sunflowers. And luckily for us there are several VVG sunflowers to go around, see here and here.

The painting wasn’t gone from the world for too long, though. In the 1950s, British painter Francis Bacon resuscitated this lonely hiker in a series of reinterpretations. Bacon, known to love all things ~dOoMEd~, became obsessed with the angsty intensity of Van Gogh’s straggling shadow. In the remake, a Peter Pan doppel-shadow remains barely stitched onto VVG’s heels, about to snap off, another portend of the struggling emotional life of both artists. Sunny road to Tarascon indeed.

The Painter on the Road to Tarascon is a painting by Vincent van Gogh that is believed to have been destroyed during the Second World War. It depicts the artist on his way to work, and it is thought to be the first self-portrait that van Gogh painted during his time in Arles. The work has influenced numerous modern artists, serving as an especially important inspiration to Francis Bacon.

How much do you know about Vincent van Gogh? Take our quiz!