More about The Lantern Bearers 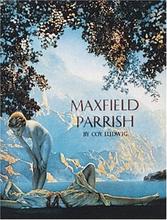 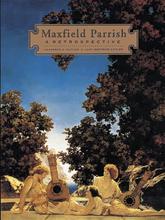 The Lantern Bearers goes against everything we’ve come to expect from clowns in art.

Whether it’s one of Picasso’s troubled harlequins or one of many depictions of the notorious sad clown, clowns have been given a bad rap. Whatever happened to the lighthearted and fun clowns that don’t look like they either need a jail sentence or some Prozac? Thankfully, we have Maxfield Parrish to answer this call. Parrish’s clowns live in semi-psychedelic scenes that blur the lines between fantasy and reality – without scaring or depressing us.

Parrish strayed from disturbing imagery perhaps because of his mass appeal. He is primarily remembered as an illustrator for widely-circulated magazines like "Life," "Scribner’s," and "Collier’s," as well as advertisements for Edison-Mazda light bulbs and Jello that have reached epic proportions. Collier’s caught onto the buzz and snatched up Parrish for themselves, signing an exclusive contract with the artist from 1904 to 1910. The steady work allowed Parrish to develop his style, and the magazine’s pages, which were larger than most, gave the artist more space to get real weird with it. The Lantern Bearers is a testament to this time of artistic development. Parrish painted the work in 1908, and it appeared on the magazine’s cover in 1910.

Some artists might have shied away from this popular appeal, but Parrish relished in it. He knew that, to truly make it big, reproducing his images on magazine pages was the way to go. By 1925, Parrish’s name was ubiquitous in American households. A staggering one-fourth of American homes had a Parrish print adorning its walls. An art print publisher survey revealed that, at this time, Americans thought of Parrish in the same ranks as Cezanne and van Gogh. Pretty impressive if you ask me.

Andy Warhol, the master of reproduction, admired and collected Parrish’s work. Like Yves Klein, Parrish often worked with a shade of blue that eventually became eponymous. The pure shade of lapis lazuli in the background of The Lantern Bearers is affectionately known as Parrish blue, which the artist usually used in the skies and backgrounds of his works. And yet, you’ve probably never heard of Maxfield Parrish.

Despite his widespread popularity during the first half of the twentieth century, Parrish’s fame dwindled as time wore on. His original works are pretty rare, and, although clowns may be comical, the price that The Lantern Bearers sold for is no joke. This Maxfield Parrish original sold for over $4 million in 2006, doubling the estimate that Christie’s projected before it hit the auction block. And who had that astronomical sum of money? None other than the art museum owned by Alice Walton, of Walmart Superstore fame. Ms. Walton’s sometimes-controversial art-buying tactics have landed her in the news before, but at least she got this piece by Parrish fair and square.

The Lantern Bearers is mentioned on our blog -