Skip to main content
Artworks
At the Lapin Agile

More about At the Lapin Agile 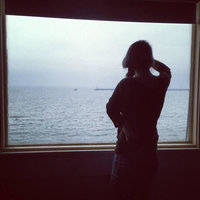 Set in the famous Parisian cabaret, Au Lapin Agile, that still stands in Montmartre today, this painting involves a story about unrequited love, an attempted murder, and suicide that led to Picasso’s Blue Period.

It’s well known that Picasso had a big ego, so it’s no surprise that he has included a likeness of himself as the largest figure in the painting. The commissioner of the painting, Frédé Gérard, sits in the background playing guitar. Frédé owned Au Lapin Agile, where he could be found playing guitar or cello for the bohemian crowd of Montmartre. This bohemian crowd included artists such as Picasso, Utrillo, Modigliani and Braque to name a few. Since Picasso’s works weren’t quite as valuable then, this painting was most likely accepted by Gérard for the artist’s tab.

The most dramatic incident associated with the painting features the fashionable woman in red, Germaine Pichot. Picasso met Germaine, who was an art model, during a trip to Paris with his friend Carles Casagemas. Casagemas fell in love with Germaine during the trip and was devastated to find the love unrequited. It didn’t help that he was usually a drunken mess around Germaine and as his obsession grew, his mental health deteriorated. The two Spanish artists, Casagemas and Picasso were close having shared a studio space in Barcelona. Picasso did what any good friend might try, he decided to take his friend back to Spain to Malaga for New Years to distract him. Casagemas however, ended up back in Paris shortly afterwards, this time alone, unable to keep away from Germaine.

On a February night, Casagemas was at dinner at Cafe de L’Hyppodrome with some friends and Germaine Pichot. Casagemas gave a speech and then aimed a gun at Germaine. Germaine was able to dodge the bullet, which only grazed her head. Casagemas thinking he had killed her, then aimed at himself.

The loss of his friend weighed heavy on Picasso whose subsequent blue mood spilled onto his paintings of the Blue Period. Peculiarly, Picasso started dating Germaine when he returned to Paris. The relationship doesn’t last long as Germaine married another friend of Picasso’s later that decade. Looking rather forlorn and dare I say blue, Picasso stands in the painting next to Germaine, his lover and the cause of his friend’s death. The artist was only 24 when he painted this work, which hung at Au Lapin Agile from 1905 to 1912. Gérard sold it for $20 to a German art dealer. Little did he know, he should have kept the painting because later in 1989, the painting sold for $41 million.

Here is what Wikipedia says about Au Lapin Agile

Au Lapin Agile (English: At the Lapin Agile) is a 1905 oil on canvas painting by Pablo Picasso. It depicts the interior of the Lapin Agile, a famous cabaret club in the Montmartre area of Paris. The composition was produced during Picasso's Rose Period and includes a self-portrait of the artist who frequented the club in his youth. The painting is listed as one of the most expensive paintings after achieving a price of $40.7 million at Sotheby's auction on 27 November 1989. It is housed in the collection of the Metropolitan Museum of Art in New York City.

Check out the full Wikipedia article about Au Lapin Agile