Skip to main content
Artworks
The End, from "The Weavers' Revolt"

More about The End, from "The Weavers' Revolt" 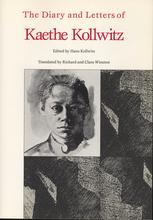 Diary and Letters of Kaethe Kollwitz edited by Hans Kollwitz 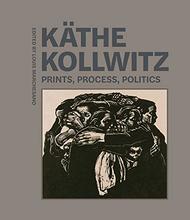 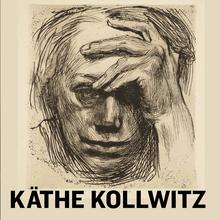 Käthe Kollwitz: According to the Truth by Brenda Rix

Käthe Kollwitz was inspired by a play that she saw called "Die Webers (The Weavers)" about the 1844 Prussian Weavers Rebellion.

An “aha” moment for Kollwitz, it was this play that solidified her mission to incorporate the working class people in her life into her works of art. It’s odd that a simple theater production set Kollwitz on the path of social justice when you take into account her upbringing by radically political parents. While on the one hand she was expanding on her parents’ dream of equality, she was also drawing on another core theme of her family life: death and grief. This painting The End refers to the end of the 1844 Weavers’ Rebellion, and the end of 11 unlucky weavers. What I really want to know is why that emaciated figure in the center looks eerily like Kevin Bacon?

Besides the Kevin Bacon-like atrocity in the center, the overall sadness of the painting comes from the artist’s previous traumas. Three of her siblings died when she was a child, making her parents grief and stoicism the center of her life as a young woman. This grief morphed into an obsession with Kollwitz’ career on her parents’ part. In an odd gender role switch of the day, her parents were unhappy that their daughter married a doctor and were concerned that her art would have to be left on the backburner. But Kollwitz made it work! In what appears to be an invasive and inappropriate move, she set up her studio in her husbands office and painted the working class clients as they received treatment from him.

Although she was called an Expressionist by some, Kollwitz prioritized distinguishing herself from the German Expressionist group Der Blaue Reiter from decades before by claiming a naturalistic style. She preferred to directly tackle the social issues that disturbed her by depicting them in her widely distributed prints, eventually landing her in hot water with the Nazis. Her artwork was declared degenerate by Hitler’s regime and was taken out of galleries and burned. Focusing on suffering her whole life probably includes pondering the ways that one could die, probably explaining why her and her husband casually wore a bottle of poison around their neck. You can’t really blame for wanting to assure she went quickly after all of that trauma. Alas, she died of a heart attack in 1945. Hopefully she died knowing she would be remembered as the 19th century girlboss she was.