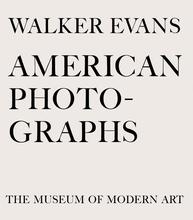 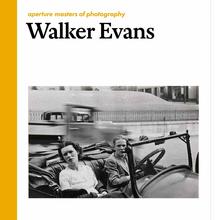 I would not bet on anyone against Walker Evans’ Alabama Tenant Farmer’s Wife in a fight.

She has all of the grit and perseverance of a mountain, this one. You can see the survival in her eyes. The small bite of her lip makes it seem like she might be slightly uncomfortable in front of a camera. But she is strong and proud despite the fact that she and her husband own literally nothing – not their farm, their tools, their home, or their mule.

This woman’s name was Allie Mae Burroughs and her husband’s name was Floyd. They were sharecroppers and as such paid their landlord with half of their harvest, plus more if they owed him anything on top of the house, land, tools and mule. The year that this was taken, the Burroughs family was in $12 of debt when all was said and done, which was a lot for the time and place. It wasn’t an easy life in the South during the Great Depression, but the Burroughs did what they had to to get by. Evans found them while he was on an assignment with James Agee for Fortune Magazine. They found the Burroughs family along with two others on a hill between Moundville and Greensboro. The article that Agee wrote for the Magazine ended up being rejected for being too wordy, so the two collaborated on a book called "Let Us Now Praise Famous Men."

This photo is one of a series of four, all taken against the back wall of the Burroughs family home. Because Allie Mae has one of the most expressive faces perhaps in the entire history of the world, each of these pictures is vastly different. This was the one that people loved though and called the “quintessential image” of Walker and Agee’s book. This image was compared to the Mona Lisa because of the vagueness of her expression and the inability to tell what she is actually thinking. I’m imagining something along the lines of “Get your camera out of my f&*%ing face, I have a farm to run,” but that might just be me projecting what I would feel in this situation onto poor Allie Mae Burroughs.

This picture caught my eye while I was looking through different artworks. The emotion that Evans captures in this photo is in a sense a bit chilling. Her eyes seem to tell a story and give a message. I think the black and white aspect of the photo also plays a crucial part in displaying the emotion of Allie. It adds simplicity to the picture and makes it easier to focus on the emotion of the photo.