Old glory gets a makeover in David Hammons's interpretation of our stars and stripes.

I mean let's face it, it had been over two hundred years since its inception, it was about time someone decided to spruce it up. Sorry Betsey Ross, but maybe you’re a little outdated.

Hammons created this work in 1990 as a response to the election of David Dinkins, New York’s first and only black mayor. The black, red, and green are an ode to the pan-African flag, a.k.a., the Black Liberation flag. The colors symbolize skin-tone, blood, and the prosperous land that many African-Americans were forced to leave behind. Their presence on the American Flag is surely a commentary on the merging of cultures and the racial changes that were unfolding in New York at the time.

This flag has found its home on buildings across Harlem, New York. Since this work is considered by many to be his most iconic, you would think we would know pretty much everything about the piece. Not quite, in typical Hammons fashion, David never really speaks about this work or what exactly it means. There is one thing we know about Hammons for sure though, if you are part of the WASP-y art elite, this work is not for you. His art is an ode to African-American culture, and this flag is the ultimate icon of his vision.

Here is what Wikipedia says about African-American Flag

Untitled (African-American Flag) is a vexillographic artwork by David Hammons from 1990, combining the colors of the Pan-African flag with the pattern of the flag of the United States to represent African American identity.

It was first created for the art exhibition "Black USA" at an Amsterdam museum in 1990, and its first edition was of five flags, which are now in major museum collections.

The work's creation has been seen in the context of the inauguration of David Dinkins as the first African American mayor of New York City, following his 1989 election. The following year Hammons was awarded the MacArthur Genius Fellowship for his "contributions to African American cultural identity".

Check out the full Wikipedia article about African-American Flag

African-American Flag is mentioned on our blog - 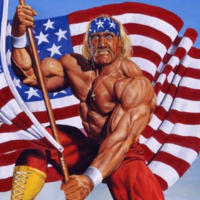