After Marcel Duchamp’s work Fountain was rejected from the American branch of the Society of Independent Artists, Dreier left the group with Duchamp, despite them being founding members of the organization. 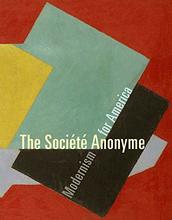 Dreier was essential to the establishment of the modern art movement, and as such was friends with all the major players of the early 20th century. We're talking Man Ray, Wassily Kandinsky, and most importantly of all, Marcel Duchamp.

She, Ray, and Duchamp founded not just one but two modern art societies. While Duchamp's genius and Ray's notoriety  added legitimacy to these groups, it was likely Dreier’s capacity as an organizer that really helped these groups get their feet off the ground. Ultimately, it was her work that allowed modern art to find an audience in the United States, and of course she did all this while also being an excellent painter.

Arguably the most admirable quality of Dreier’s many admirable qualities was her loyalty. In 1916, she and Duchamp founded their first art society, the Society of Independent Artists, an American branch of France’s Société des artistes indépendants. Their goal was to combat the academic gate-keeping of the art world. Despite these intentions, little more than a year later, the society would reject Duchamp’s now famous ready-made, Fountain. Naturally furious that he was being spurned by the very society that he helped build, Duchamp left. And such was Dreier’s friendship with Duchamp, and her commitment to the modern art form, that she left, too. This painting was done not too long after that, another expression of Dreier's admiration for her friend.

Around this same time, in return, Dreier commissioned Duchamp to paint a custom work he titled Tu m’, which would hang above Dreier’s books shelves in her Manhattan apartment. It would be the last piece that Duchamp would ever paint on canvas. Later, when Katherine died in 1952, Duchamp would come out of his strange chess-oriented pseudo-retirement in order to organize a memorial exhibition for her at Yale.

All in all, their friendship was as wholesome and sincere as any in the history of art.

I enjoy looking at this painting because it's confusing, yet interesting, as well as calming.