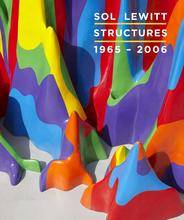 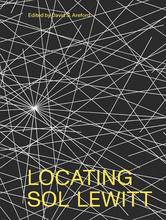 12 x 23 x 12 shows us the exhausting lengths a creator can go in the name of artistic laziness.

Truly nothing less could be expected from Sol LeWitt. A major contributor to the establishment of Minimalism, the artist was notorious for producing “instructions” for his pieces and then proceeding to have an assistant go out and actually create them. He did this so much that in many of the descriptions of his work, drawings included, he is credited as “conceiving” the pieces instead of directly making them. Regardless, he committed to this strategy for the entirety of his forty-six year long career. In doing so inadvertently created an entirely new lazy school of art, earning him the title the “Father of Conceptual Art.” In the face of criticism, he relied on the argument that an architect is considered no less the artist for not being on his own construction crew. One might believe this is to be a good point if one ignores the subtle differences in complexity between his work and say the Chrysler Building.

To be fair the man reached the height of his career in the ’90s, a particularly lazy time. Bill Clinton was president, the climate change discussion revolved around hairspray, and people had the patience for dial-up. But 12 x 23 x 12 takes things to an entirely new level of laziness, specifically by going nowhere at all. After a few decades experimenting with new ways to decrease his workload, LeWitt returned to form. Here you will find no complex shapes as might be found in his Wall Drawing 132. There will be no dabbling in labor-intensive concrete as he had done with his pyramid in New Zealand. There will be no adventures in wordplay as with his piece Cube Without a Cube. While this work would pale in comparison to the laziness of his Incomplete Open Cubes, with this piece he was making a commitment. In the peak of his career, eleven years before his death, Sol made the decision to do exactly what he had been doing for the last four decades. Particularly, as little as possible.

Art History Reader: Elements of Design
One way to look at all art is through the lens of design. All art uses the same basic elements…
Sign up
Forgot Password
Reset Password