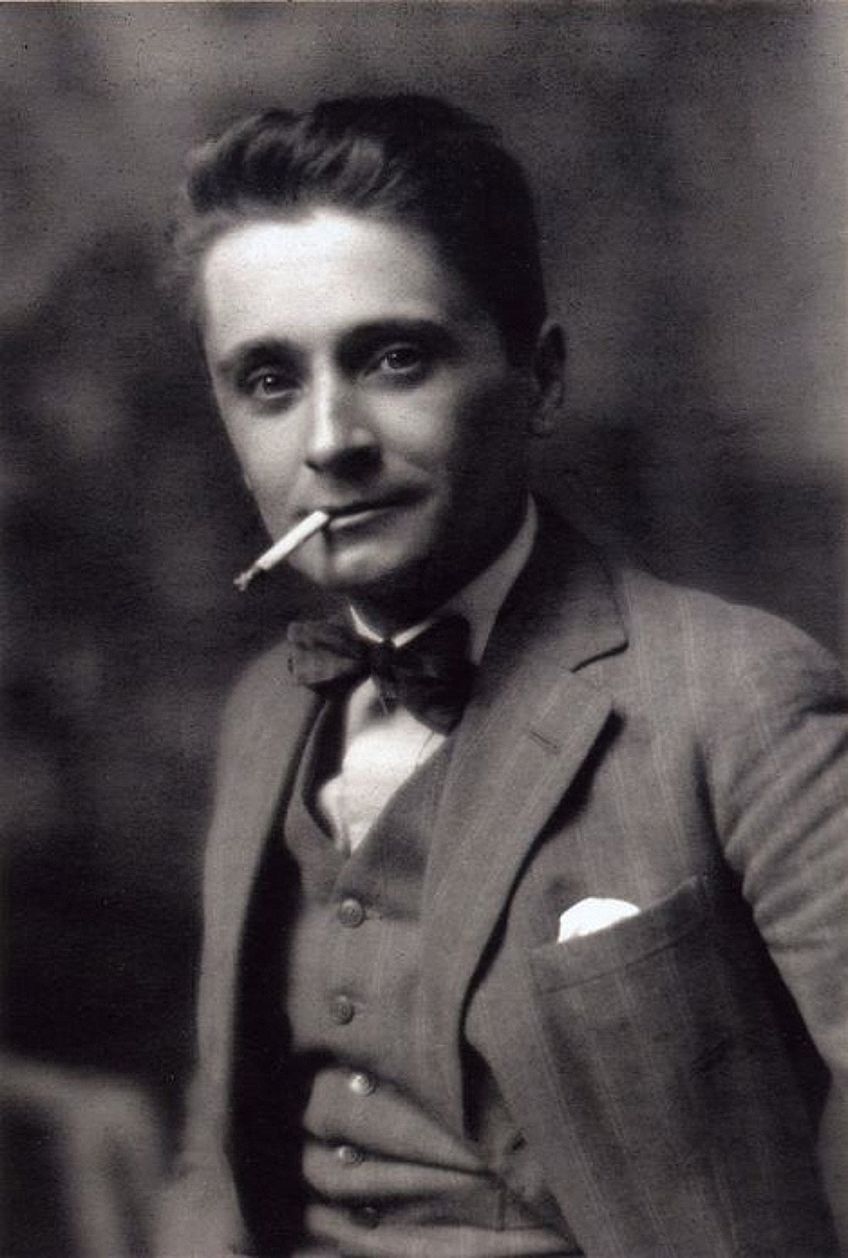 Jean Metzinger was an academic and pioneering rebel of the early 20th century Parisian art scene.

Originally, he had moved to Paris to study medicine and painting was merely a hobby. After being admitted to the Salon des Indépendants, positive reviews of his work persuaded him to forgo his medical studies for art.  Soon he became a part of a group of Cubists painters and was introduced to artists such as Pablo Picasso, Georges Braque, and Juan Gris. The geometric aspects of Cubism appealed to his academic side and he would go on to play key roles in events that brought Cubism to the forefront of the public’s attention.

In 1910, he helped get the word out on Cubism by convincing writer/critic Roger Allard to review the Salon Cubists’ work. Allard’s article was the first to express the Cubists’ intent to analyze their subject matter instead of solely focusing on reproducing the subject. Then in 1911, Metzinger was one of the ring leaders behind the “Room 41” art hanging scandal at the Salon des Indépendants where a room full of Cubist paintings scandalized the art world.

The following year, three of his pieces, including Dancer in a Cafe, were at the heart of another controversial exhibition, this time at the Salon D’Automne. The haters of his work and that of the other Salon Cubists created a widespread debate over the usage of public funds, loathing the idea of any going towards displaying Cubist artwork. However, as Metzinger and the other Salon Cubists continued making a name for themselves as outlaw rebels of Parisian art, they never faltered under the outpouring of negative reception. The public outcry only inspired them to go bigger and bolder with their work.

His painting, Tea Time (Woman with a Teaspoon), was proclaimed by one critic to be Cubism’s Mona Lisa. But Cubism did not hold his attention forever. In the 1920s, his work adopted a more realistic style inspired by artist Fernand Léger. In the 1940s however, his work did begin wavering back towards Cubism, as he perhaps grew nostalgic for his rebellious days at the Salon.

Here is what Wikipedia says about Jean Metzinger

Jean Dominique Antony Metzinger (French: [mɛtsɛ̃ʒe]; 24 June 1883 – 3 November 1956) was a major 20th-century French painter, theorist, writer, critic and poet, who along with Albert Gleizes wrote the first theoretical work on Cubism. His earliest works, from 1900 to 1904, were influenced by the neo-Impressionism of Georges Seurat and Henri-Edmond Cross. Between 1904 and 1907 Metzinger worked in the Divisionist and Fauvist styles with a strong Cézannian component, leading to some of the first proto-Cubist works.

From 1908 Metzinger experimented with the faceting of form, a style that would soon become known as Cubism. His early involvement in Cubism saw him both as an influential artist and an important theorist of the movement. The idea of moving around an object in order to see it from different view-points is treated, for the first time, in Metzinger's Note sur la Peinture, published in 1910. Before the emergence of Cubism, painters worked from the limiting factor of a single view-point. Metzinger, for the first time, in Note sur la peinture, enunciated the interest in representing objects as remembered from successive and subjective experiences within the context of both space and time. Jean Metzinger and Albert Gleizes wrote the first major treatise on Cubism in 1912, entitled Du "Cubisme". Metzinger was a founding member of the Section d'Or group of artists.

Metzinger was at the center of Cubism both because of his participation and identification of the movement when it first emerged, because of his role as intermediary among the Bateau-Lavoir group and the Section d'Or Cubists, and above all because of his artistic personality. During the First World War Metzinger furthered his role as a leading Cubist with his co-founding of the second phase of the movement, referred to as Crystal Cubism. He recognized the importance of mathematics in art, through a radical geometrization of form as an underlying architectural basis for his wartime compositions. The establishing of the basis of this new perspective, and the principles upon which an essentially non-representational art could be built, led to La Peinture et ses lois (Painting and its Laws), written by Albert Gleizes in 1922–23. As post-war reconstruction began, a series of exhibitions at Léonce Rosenberg's Galerie de L'Effort Moderne were to highlight order and allegiance to the aesthetically pure. The collective phenomenon of Cubism—now in its advanced revisionist form—became part of a widely discussed development in French culture, with Metzinger at its helm. Crystal Cubism was the culmination of a continuous narrowing of scope in the name of a return to order; based upon the observation of the artist's relation to nature, rather than on the nature of reality itself. In terms of the separation of culture and life, this period emerges as the most important in the history of Modernism.

For Metzinger, the classical vision had been an incomplete representation of real things, based on an incomplete set of laws, postulates and theorems. He believed the world was dynamic and changing in time, that it appeared different depending on the point of view of the observer. Each of these viewpoints were equally valid according to underlying symmetries inherent in nature. For inspiration, Niels Bohr, the Danish physicist and one of the founders of quantum mechanics, hung in his office a large painting by Metzinger, La Femme au Cheval, a conspicuous early example of "mobile perspective" implementation (also called simultaneity).

Check out the full Wikipedia article about Jean Metzinger

Jean Metzinger is mentioned on our blog -