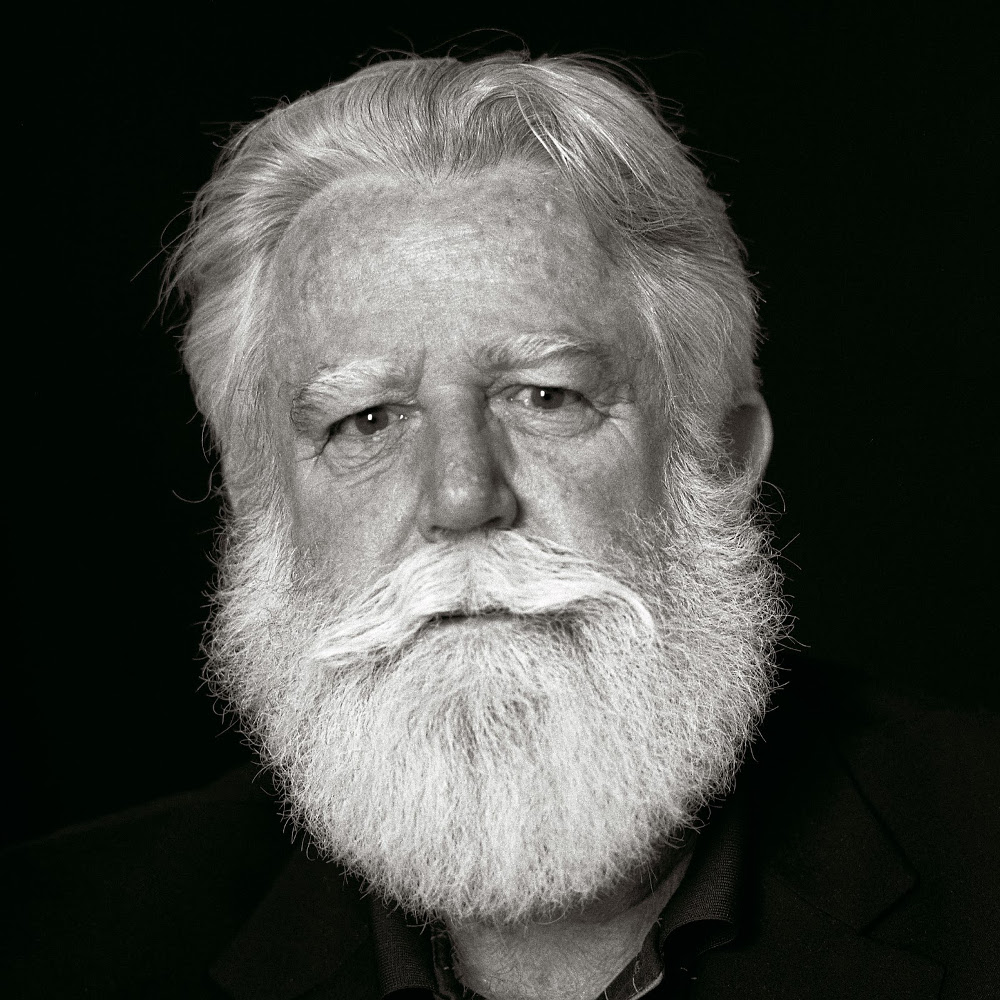 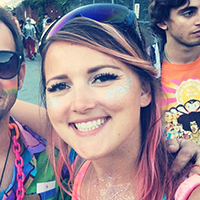 You might confuse American artist James Turrell with a gothic Santa Claus...

...thanks to his dark garb and fluffy white beard. But would jolly old St. Nick ever create art so trippy that people literally tripped, fell, and were badly injured?

During Turrell’s show at the Whitney Museum in 1980, visitors were so dizzied by his illusion-like light rooms, that some fell down...hard. There was even a sprained wrist and a broken arm! The broken arm lady sued for over $10k, claiming that the show made her so “disoriented and confused” that she “violently precipitated to the floor," (which is now the only way we will describe falling down.) Sprained wrist lady sued for a whole $250k.

James defended himself and they dropped the suits, but he spent over $30k on lawyer fees, felt bad for the injured people, and concluded that this exhibition was, in his own words, "a failure." If you think that’s crazy, in order to enter James’ Perceptual Cell, a one-person chamber filled with blinding white lights that cause hallucinations, visitors have to sign a waiver certifying that they are 18 years old, sober, and sane.

Who would have thought that this magician of light grew up in a traditional Quaker home?  “I come from a family that does not believe in art to this day. They think art is vanity,” he says. It's not like he's the cocky, money hungry Jeff Koons, or paints endless self-portraits like Frida Kahlo or Vincent van Gogh. They should cut him a break!

Especially since his other (less dangerous) works include peaceful visions of the sky. In the '70s, Turrell used the attic of an old hotel as his art studio, sawing holes through the walls and ceiling until they kicked him out of the space. But that didn’t stop him...

He’s working on an even bigger sky-hole project -- literally transforming a giant crater in the wilderness of Arizona into what I think of as a modern-day Egyptian pyramid -- rooms, caverns, and tunnels are now carved elegantly into the land. And the holes to the sky align with celestial events like sunsets and solstices. There's even a particular gap in which the moon appears perfectly every 18.65 years. Whoa.

Turrell discovered this crater, called the Roden Crater, while piloting his airplane across the country. Even though this project began around 1974, work is still unfinished, needing millions of dollars to reach completion. Side note, the crater is wheelchair accessible!  James, who calls himself O.C.D., has clearly thought of all the details.

This project was so important to him that even though his wife threatened to divorce him when he wanted to spend all his money on this piece of land, he did it anyway. She left him. Love is finite, but his work on this crater will last an eternity.

Here is what Wikipedia says about James Turrell

James Turrell (born May 6, 1943) is an American artist known for his work within the Light and Space movement. Much of Turrell's career has been devoted to a still-unfinished work, Roden Crater, a natural cinder cone crater located outside Flagstaff, Arizona, that he is turning into a massive naked-eye observatory; and for his series of skyspaces, enclosed spaces that frame the sky.

Turrell was a MacArthur Fellow in 1984.

Check out the full Wikipedia article about James Turrell

I like this painting because it looks so layered.

James Turrell is mentioned on our blog - 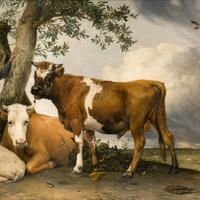 Artists by Horoscope Sign - Taurus
The Young Bull by Paulus Potter at the MauritshuisLike a classic Taurus, I’m a bit tardy with this…

Sartle’s Day Off
Tania and I were desperate for a “day” off and decided a tour of the mid-west was called for, after… 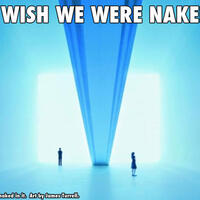 Get Butt Naked In A Trippy Museum
Thanks to this Creators Project blog by Emerson Rosenthal, I learned I can finally achieve my dream…
Sign up
Forgot Password