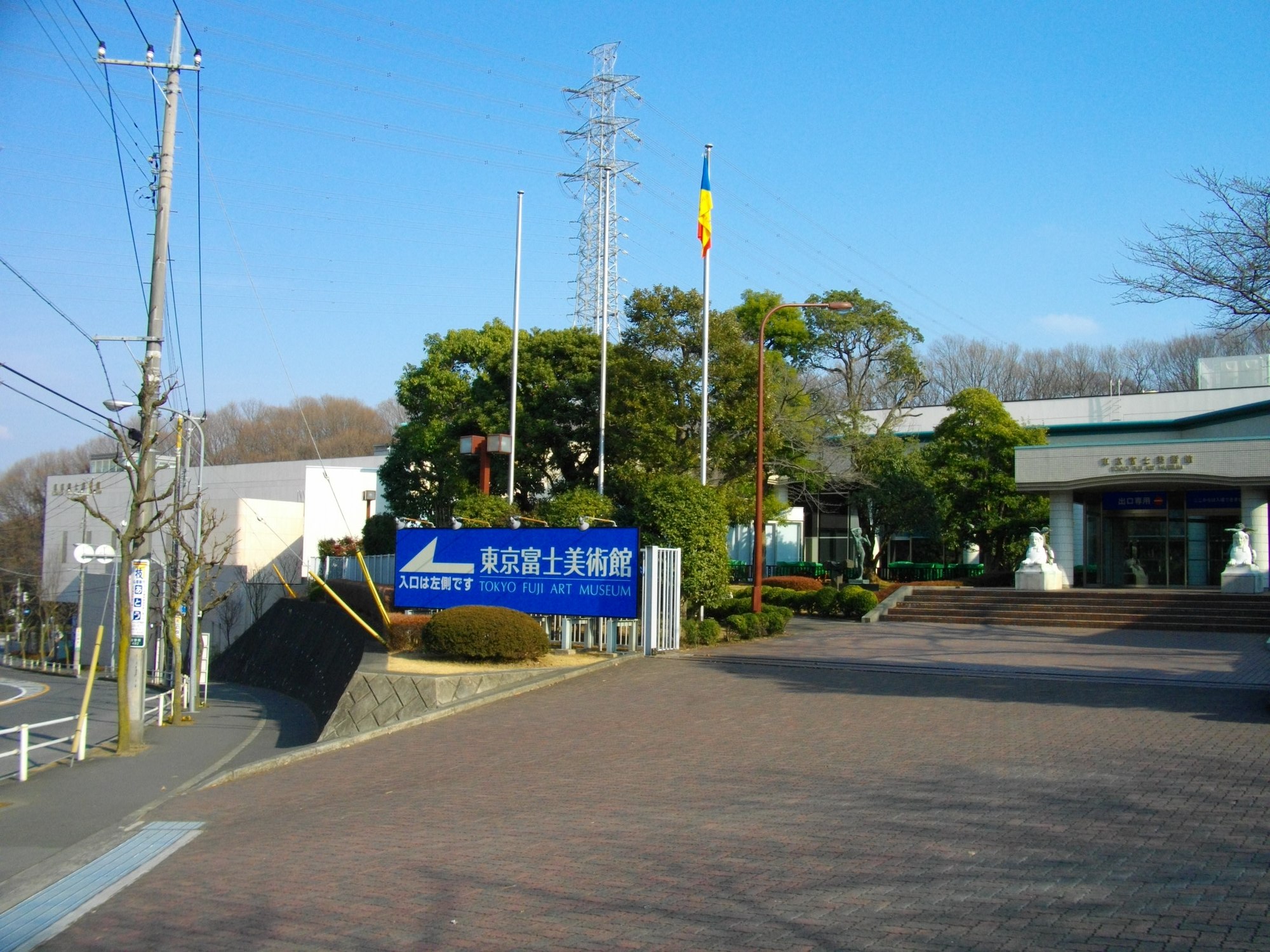 TFAM founder Daisaku wrote a book with curator Rene Huyghe. It was first published in 1991 and called "Dawn after Dark."

The Museum boasts a collection of over 30,000 paintings.

The first exhibition to be held at the Tokyo Fuji Art Museum was created by famed Louvre curator M. Rene Huyghe. It was called “Masterpieces of French Art.”

The Tokyo Fuji Art Museum, sadly, is not as close to the active volcano as we’d imagined.

They decided to go safe and set it up 50 miles away in Tokyo. They should have stayed at Shizuoka, it had a better view. But, it’s cool. Tokyo is the logical solution. You’d rather be accessible to 9 million people instead of a town of 700,000.

The Art Museum was conceived by spiritual thinker, peace advocate, nuclear disarmament propagator, and educationalist Daisaku Ikeda. Now, there is nothing ordinary about this guy. He is revered in Japan and we don’t see why he shouldn’t be. He believes that the world can change through dialogue. This Museum was supposed to open one of those dialogues.

In 1974, a French man was visiting Tokyo when he ran into Daisaku. This casual acquaintance turned into quite the friendship. They even published a book together. This visitor from France had quite the credentials. He became the Chief Curator of the Department of Painting at the Louvre at the age of 30. Thirty! When M. Rene Huyghe met Daisaku Ikeda he was running the show at Musee Jacquemart-Andre as their director. They were both in the right place at the right time to create a unique legacy.

The Museum building was completed in 1983, a decade after Rene and Daisaku met. The Min-On Concert Association, also started by Daisaku Ikeda, was responsible for setting up the Museum. Ikeda wanted the people of Japan to learn/unlearn by experiencing art. Rene Huyghe believed that French and Japanese cultures differed in the way they treated art. The French Impressionists were all about sentiment, about a moment frozen in time. The Japanese, on the other hand, persisted towards the ideal.

Huyghe essentially  kickstarted the Tokyo Fuji Art Museum. The first exhibition at the Museum was curated by Rene himself. This French-Japanese alliance was doing wonders for the art scene in Tokyo. From books to art museums, these guys were mostly in-step with each other. Ikeda and Huyghe made a good team. They would probably make an even better detective duo. But, they stuck to art, and the Tokyo Fuji Art Museum got more than 30,000 paintings to take care of. The paintings have been exhibited at various exhibitions around the world.

Here is what Wikipedia says about Tokyo Fuji Art Museum

Tokyo Fuji Art Museum (東京富士美術館, Tōkyō Fuji Bijutsukan) was established by Daisaku Ikeda and opened near the Sōka University campus in Hachiōji, Tokyo, Japan, in 1983. The new wing was added in 2008. The collection of some thirty thousand works spans the arts and cultures of Japan, Asia, and Europe, and the Museum takes touring exhibitions to other countries. The Fuji Art Museum is owned by the Sôka Gakkai sect, and its collection was bought using the billions of dollars donated by its worshipers.

Part of the collection of the Tokyo Fuji Art Museum is suspected to be made of stolen pieces, bought by the museum without knowing it. The Tavola Doria, a Renaissance masterpiece attributed to Leonardo da Vinci, was stolen in Italy in the '60s, and acquired by the museum in 1992. The Italian government had to lead tight negotiations with the museum, which eventually agreed to return the da Vinci panel in 2012.
In 2015, an American lawyer contacted the museum about a painting by British painter Joshua Reynolds, stolen in the UK in 1984, and bought by the museum years later. The Fuji Art Museum legally refused to return the painting to the owner, and asked for a one million pound compensation.

It was also widely commented by the Japanese press that the museum and the Sôka Gakkai overpaid two paintings by french impressionist Renoir in 1990, and was then suspected of tax evasion.