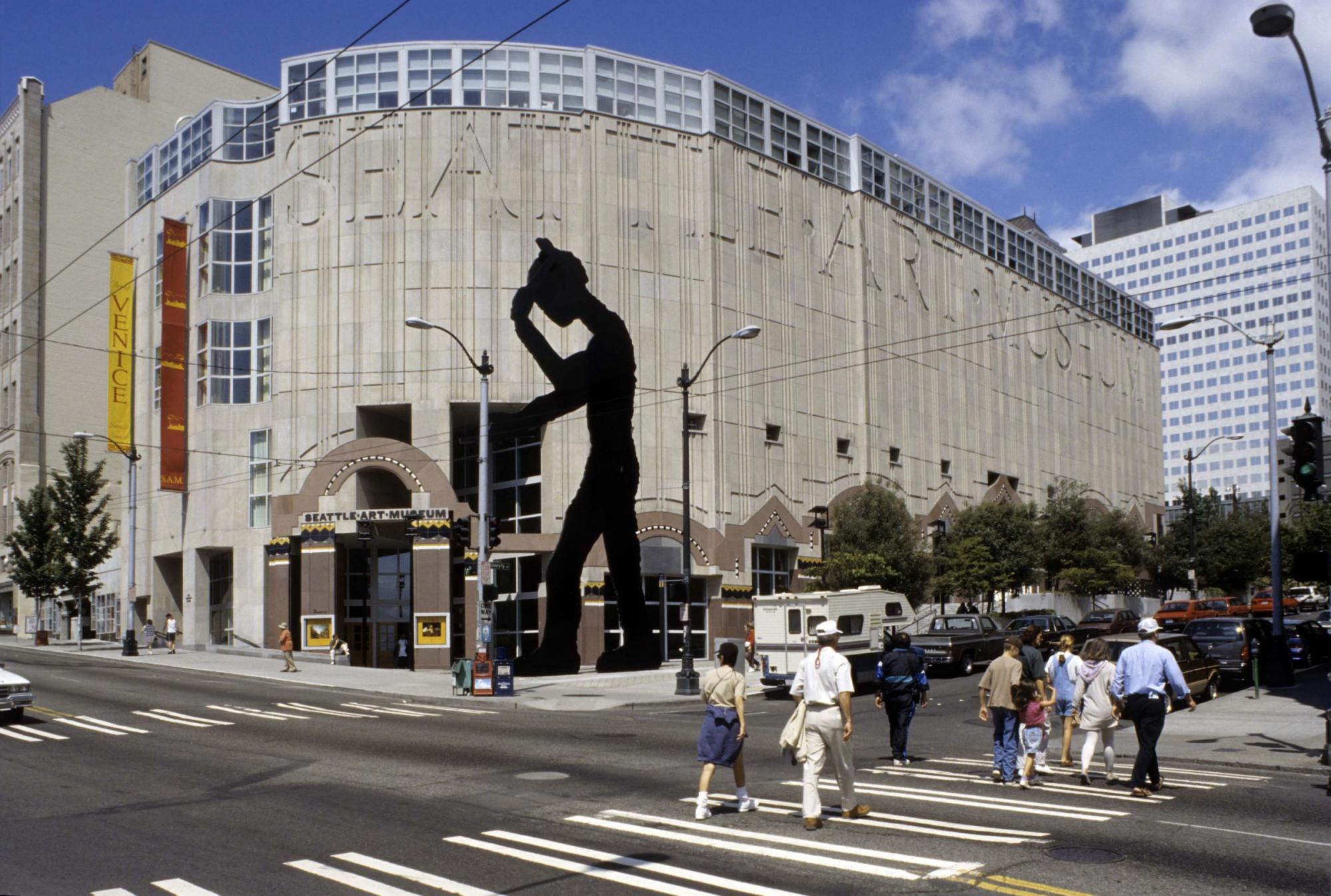 Located just a fish throw’s away from the iconic Pike’s Place Marketplace and housing a comprehensive collection of regional and world art, the Seattle Art Museum (SAM) is the premier center for fine art in the Pacific Northwest.

Founded in 1933 by the President of the Seattle Fine Arts Society, Richard E. Fuller and his mother Margaret MacTavish Fuller, SAM is a monument to Seattle’s nickname “The City of Goodwill.” You see our man Fuller was full of generosity as well as a deep love for the arts. I mean deep… this beloved citizen was president of both the Western Association of Art Museum Directors, the National Association of Art Directors and a member of the International Council of Museums. Where did this ardor for art come from? Well, his father was a successful surgeon who enjoyed spending his money traveling with his family to deepen their understanding of the world. A trait he likely picked up from his broadminded ancestor, feminist icon and transcendentalist sweetheart Margaret Fuller. WheniRIchard received his inheritance he continued traveling with his mother and collecting art from around the globe, some of which he would donate along with $250,000 to start SAM.

The plans for SAM were introduced at the 1933 Chicago World’s Fair in an effort “to give concrete proof to the existence in the Pacific Northwest of a public recognizing the importance of art” and show that the region wasn’t only “inhabited…by people who balance peas on their knives and fight Indians.” The museum not only succeeded in this mission but under Fuller’s eye became a haven for local artists who he would give jobs between commissions so they could live. Did I mention he never accepted a salary during his 40 year run as Director of SAM? He was truly a gem in the Emerald City.

Originally located on Seattle’s Volunteer Hill the museum was moved to a new location in 1991. Its large collection of Asian art was kept in the original location becoming the Seattle Asian Art Museum (SAAM) while the rest of the art was moved downtown to the new building designed by acclaimed architect Robert Charles Venturi Jr., best known for his rejection of modernism’s “less is more” claiming instead that “less is a bore.” Based on the awesomeness museum’s epic “Art Ladder”, the grand-staircase leading to the main galleries, we couldn’t agree with Venturi more.

Other fun facts to impress your friends:

Here is what Wikipedia says about Seattle Art Museum

Check out the full Wikipedia article about Seattle Art Museum