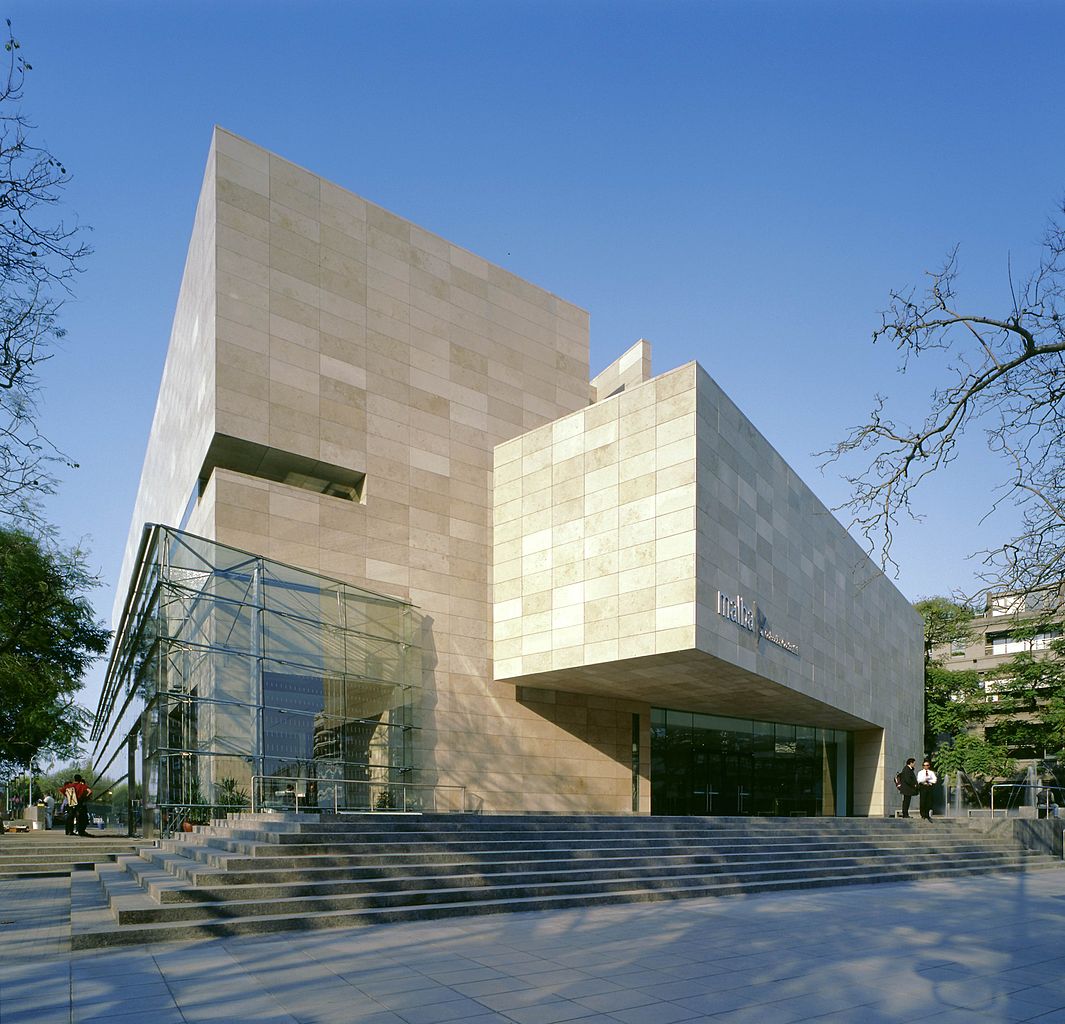 Home of one of the most famous benches in the world, MALBA (Museo Arte Latinoamericano Buenos Aires) has all of your fantastical sitting/viewing needs covered.

This bench, designed by Pablo Reinoso, is no average bench. It extends beyond butts and up onto the walls and even over a nearby balcony. It looks like something out of Harry Potter. And you can take the extra-ness of this bench as an indication of how sweet the rest of the museum is.

Now full of all of the great Latin American artists of the last century or so, like Frida, Diego, Antonio Berni, and obviously Pablo Reinoso, bench-maker extraordinaire, the museum started with just a dream. But luckily it was the dream of a really rich man (he’s actually a billionaire) so it became a reality relatively quickly in 2001. This rich man was Eduardo Francisco Costantini and he was a real estate developer and apparently an art lover. He founded the Museo Arte Latinoamericano Buenos Aires and donated the base of their permanent collection - 220 pieces of art from the turn of the 20th century onward. It’s true that the rich get richer, but sometimes it works out that the rich get richer by enriching the culture of their city, and that’s when it’s ok...right?

Anyway… MALBA is located right in the ~trendy~ part of Buenos Aires: Palermo. It’s LA-esque in its rotation of sushi restaurants and boujey boutiques. Just like at LACMA, you can go get your art fix and follow it with a $7 latte and $15 avocado toast.

Here is what Wikipedia says about MALBA

Created by Argentine businessman Eduardo Costantini, the museum is operated by the not-for-profit Fundación MALBA – Costantini, and was inaugurated on September 21, 2001. The institution was organized around the Costantini Collection, and has continued to expand its selection of works from modern artists across Latin America. It also maintains a cultural center, which stages art and film exhibitions and develops cultural activities. The museum receives over a million visitors annually, and is sustained by over 1,400 active patrons.

The museum design was made through an open call contest.; 450 proposals from 45 countries were presented. The selection was made by an international jury of architects, and the first prize was awarded to three young Argentinian architects: Gaston Atelman, Martin Fourcade and Alfredo Tapia. The building project was executed by AFT Architects, an Argentine architectural firm.

The mission of the MALBA is to collect, preserve, research and promote Latin American art from the onset of the 20th century to the present. This involves educating the public about Latin American artists, and the diversity of cultural and artistic holdings in this region.

Check out the full Wikipedia article about MALBA

The building structure of the Latin American Art Museum looks cool also the atmosphere looks so fresh and clean. I can't wait to visit here one day.