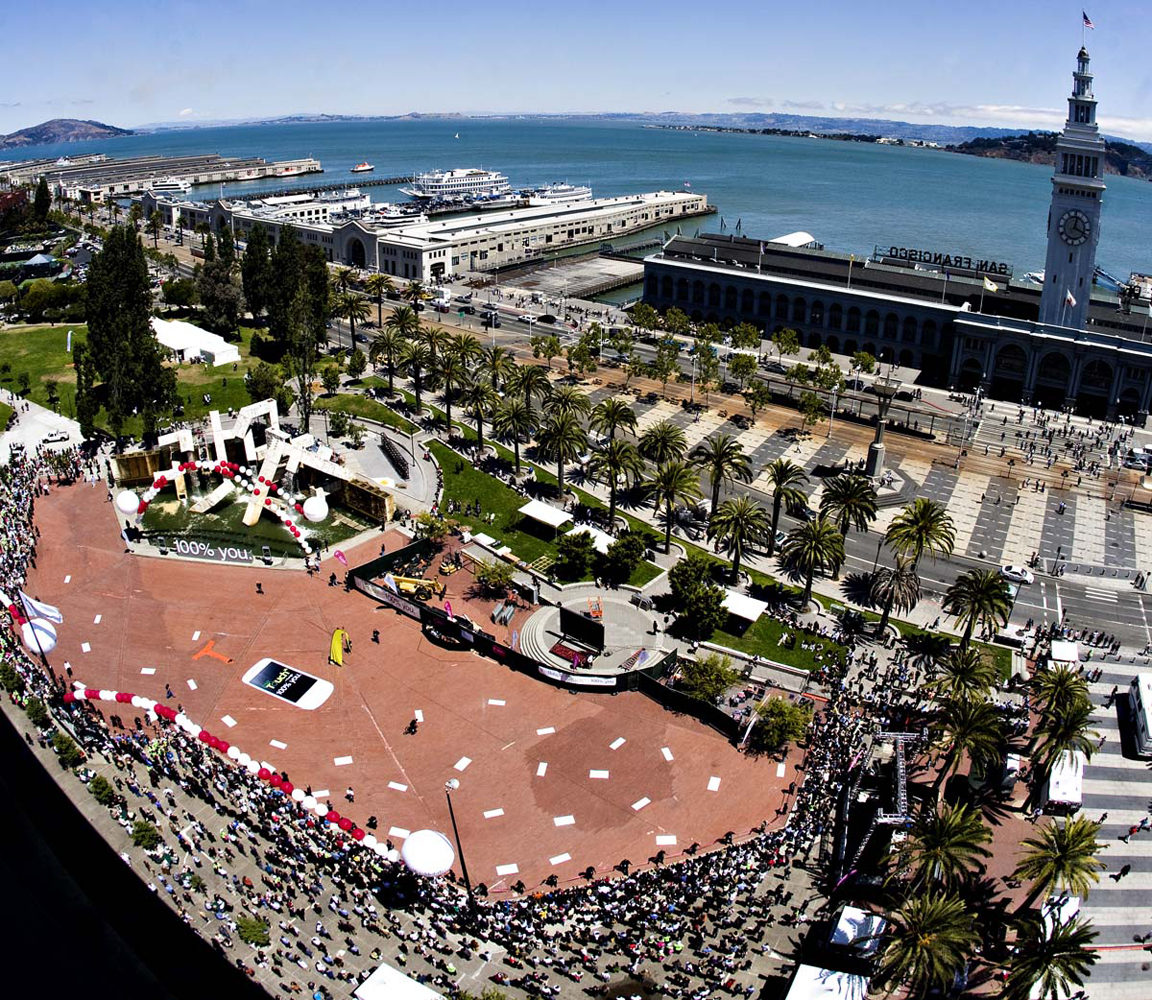 The Embarcadero plaza with a little something special for anyone and everyone.

There's the ice skating rink in winter. Markets and free concerts in summer. Awesome places to sit down for lunch. Sick spots for skaters (who were dominating the plaza so thoroughly that the city removed most of the best gaps and ledges to deter skateboard fun). Not to mention the zip line with a hella high view of the plaza and off into the Bay. The Ferry Terminal and all its delicious eats is just across the street. Then there's the pillow fight every year on Valentine's Day, and the likelihood that any of the city's most awesome festivities -- hello Super Bowl fan village -- will either start off at or take place entirely in Justin Herman Plaza. Top it all off with some gorgeous, challenging, and free public art, and what's not to love? Frankly, the name.

Justin Herman for most of San Francisco brings up an image of the plaza bearing his name. The not-so-secret history, though, is that Herman is a symbol for the removal of San Francisco's African American community. Herman was city planner and the heart of the city's Redevelopment Agency during the mid 20th century. Two of his more notorious career benchmarks were getting poor folk out of SoMa to spur business development in San Francisco's downtown and a massive urban removal project that displaced African American residents in the Fillmore District, once called "Harlem of the west." African Americans moved en masse to the Fillmore during World War II. Housing had come available all at once after the United States government decided to kick Japanese Americans out of their homes, sending them to concentration camps for the duration of the war.

Herman's actions are viewed today as an egregious affront on the character of the city and against the livelihoods of countless African American San Franciscans. His choices lay the foundations for the city as it is today: unaffordable and increasingly homogenized. As such, there's a movement of folks hoping to strip his name from the honor of gracing one of the city's most happening spots. These do-gooders would have it named, instead, after Maya Angelou. On top of being one of the best poets to enhance the character of American letters, she broke barriers in the city by fighting to become the SF's first black female cable car driver.

[Editor's Note: In 2017, The San Francisco Recreations and Parks Commission voted to officially remove Justin Herman's name from the Plaza and keep it -for the time being- as Embarcadero Plaza.]

Here is what Wikipedia says about Embarcadero Plaza

Embarcadero Plaza, previously known as Justin Herman Plaza from its opening in 1972 until 2017, is a 1.23-acre (0.50 ha) plaza near the intersection of Market and Embarcadero in San Francisco's Financial District, in the U.S. state of California. It is owned by Boston Properties, who acquired the neighboring Embarcadero Center office, hotel, and retail complex in 1998.

Check out the full Wikipedia article about Embarcadero Plaza

Embarcadero Plaza is mentioned on our blog - 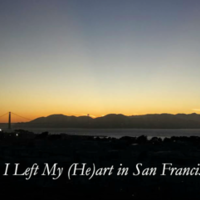 Sarah and Griff’s San Francisco Adventure
Sartle can get a little carried away reppin’ San Francisco. The Bay is, after all, home to the best…
Sign up
Forgot Password
Reset Password