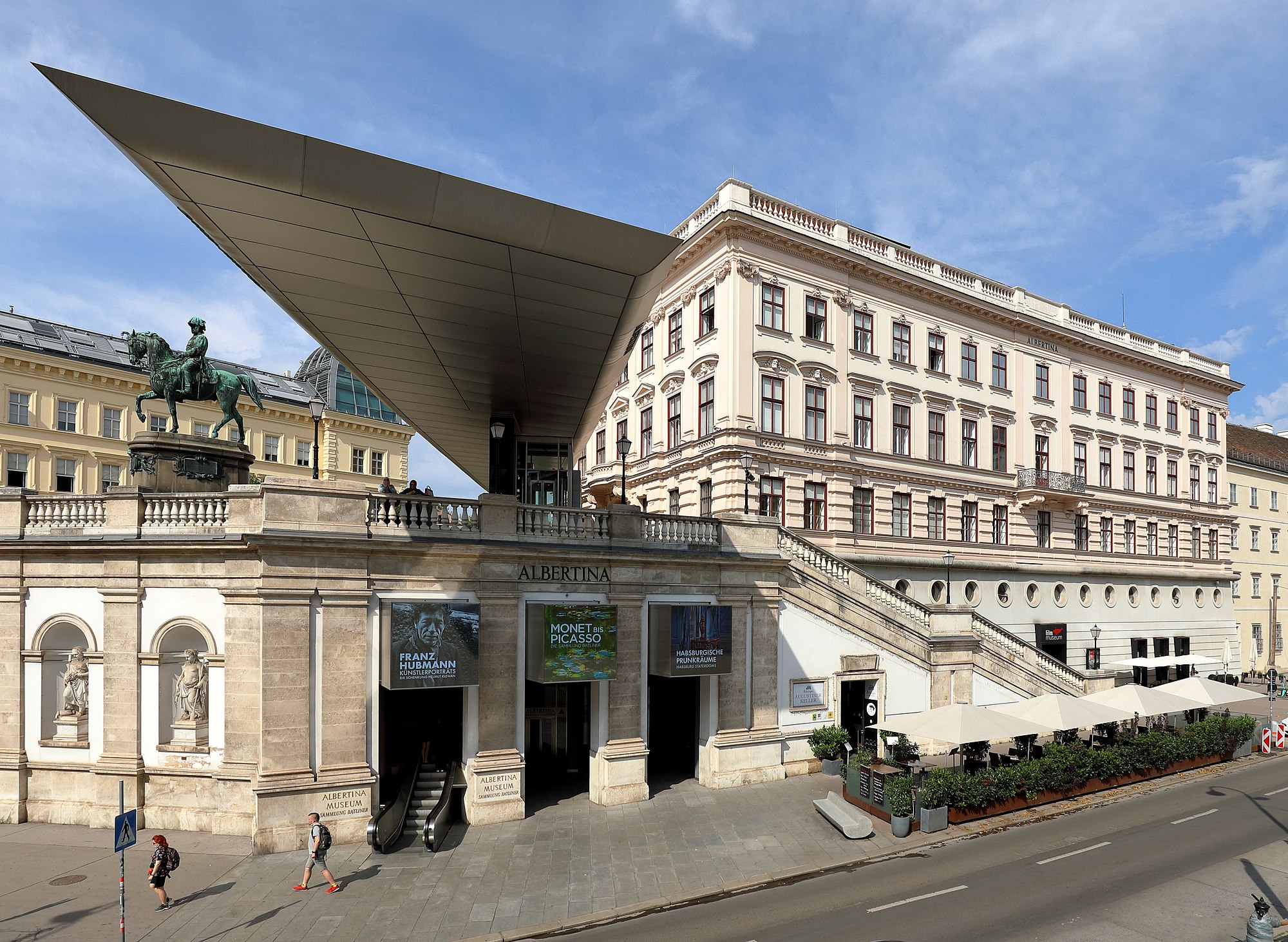 Rated absolutely top notch by a thousand Trip Advisor reviewers, it's hard to go wrong at the Albertina.

It's in the city center of Vienna, right by the Hofburg Palace and the Opera House. There is a large and impressive book store (but with prices to match). Do & Co offers chic fare in the museum or on its has lovely patio. Next door, Augustinerkeller offers refined Vienesse dining. But it's central Vienna, you can eat everywhere.

Albertina has the famous Albrecht Dürer Hare, which shows that hare back in 1505 were nothing like today's fluffy ones on Youtube or Reddit. The museum has Edgar Degas dancers and lots of Gustav Klimt, not to mention Peter Paul Rubens, Egon Schiele, Paul Cézanne, Pablo Picasso, Robert Rauschenberg...a million-plus works. The focus is on the past 130 years. Like Tate Modern in London, there's too much to exhibit all at once, and the works rotate periodically.

The whole thing started with Count Giacomo Durazzo, a diplomate from Genoa who was really into Italian opera. He gave 1,000 works to grande Duke Albert (Albert --> Albertina) to start a museum that would educate and inspire morality. In 1919, Austria was carved out of the Habsburg Empire and the Duke Albert's offspring's offspring's offspring had to hand over the museum to the new state. That was the end of inspiring morality, as the new state-employed curators proudly assembled a large number of Gustav Klimt and Egon Schiele nudes.

Here is what Wikipedia says about Albertina

The Albertina is a museum in the Innere Stadt (First District) of Vienna, Austria. It houses one of the largest and most important print rooms in the world with approximately 65,000 drawings and approximately 1 million old master prints, as well as more modern graphic works, photographs and architectural drawings. Apart from the graphics collection the museum has recently acquired on permanent loan two significant collections of Impressionist and early 20th-century art, some of which will be on permanent display. The museum also houses temporary exhibitions. The museum had 360,073 visitors in 2020, down 64 percent from 2019 due to the COVID-19 pandemic, but still ranked 55th in the List of most-visited art museums in the world.

Check out the full Wikipedia article about Albertina

I completely resolved my question when I read this post, thanks to the author for the very detailed description.