Brueghel went to the royal couple's menagerie to study the animals for this painting.

Jan Brueghel the Elder painted this work for Archduke Albert and his wife/cousin, Isabella Infanta.

Jan Brueghel the Elder called this genre of landscapes the "Paradise" landscape.

More about The Entry of the Animals into Noah's Ark 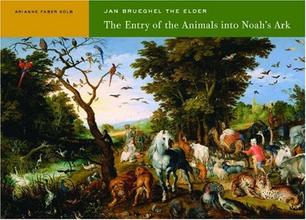 Jan Brueghel the Elder: The Entry of the Animals into Noah's Ark by Arianne Kolb 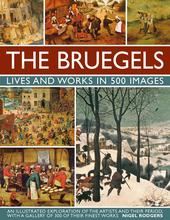 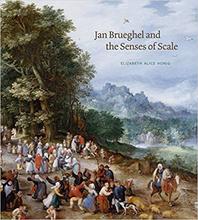 The Entry of Animals Into Noah’s Ark must have been a logistical nightmare.

Entering music festivals is bad enough and people do that just so they can catch a glimpse of Beyonce (All Hail the Queen). Imagine if we found out that our world was soon going to be underwater. Wait, we do know that. Well when the rapture hits, I’m positive we would not look as calm as Jan Brueghel’s animal candidates for Noah’s Ark. I enjoy the thought that we’re actually worse than “animals." Ultimately, being an animal is probably the best compliment a human could ever get.

Jan Brueghel the Elder painted this piece for Archduke Albert and his wife/cousin, Isabella Infanta. Peter Paul Rubens also worked for the eccentric couple. Albert was the Archduke of Austria, and Isabella was the Princess of Asturias. She was supposed to marry Albert’s brother but the groom decided against it. So Albert and Isabella were married instead. In any case, the couple ruled over the Spanish Netherlands together. This would be the perfect time to add that the two were really really into animals, specifically in the market for exotic animals. And they had tons of them. In Brussels, they built something of a zoo-park for these exotic creatures.

Brueghel drew most of these animals by studying them in Brussels. The painter had his work cut out for him. Leopards, pheasants, turkeys, lions, bison, cows, cranes, bats, elephants, and a few animals he may have never seen in his life. All the animals that were lucky enough to hitch a ride to the new world. This brand of dreamy landscapes by Brueghel began to be called “Paradise Landscapes.” The horse stands in the middle of the composition, bigger than everything else, turning away from the action. The horse is said to represent the conquests of the new world --Albert and Isabella’s new world. The one in which colonialism was going to make its international debut.

Noah and his family are busy guiding the animals to the ark. Noah’s Ark had to have been as big as the Titanic, at least. How else do you fit two of all the animals in the world? And what about all the fish? We all know global warming affects marine life even more than it does terrestrials. And birds? Come on man, they can fly, they don’t need to sit in a boat.

When I first saw this picture, my eye was drawn to the horse. The horse sticks out in because it seems to be the one animal that does not have its pair. But I love how this painting represents all creatures big and small.

This painting caught my eye. Not only because of all the animals but what this piece represents. It represents the unity of God's creations and representing how great God's love really is. He called Noah to build this ark for Him and Noah listened. The attention to detail in this painting is amazing. The way the unity of the animals is displayed is something that sticks out to me also.