More about The Awakening Conscience 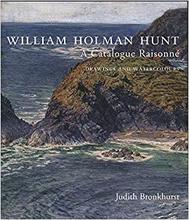 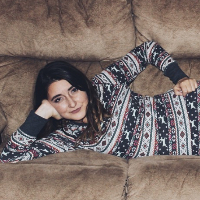 Looking at this painting of a flirty young couple, you probably wouldn’t guess that is jam-packed with religious allegories and implicit warnings against being a harlot. Oh, but it is…

William Holman Hunt, the artist behind The Awakening Conscience, is best known as one of the founders of the Pre-Raphaelite Brotherhood, which is often attributed as the first avant-garde movement. The Pre-Raphaelite Brotherhood, which along with Hunt was founded by D.G. Rossetti and J.E. Millais, was established upon their shared belief that the art community needed to move towards extreme realism and reject the Royal Academy’s promotion of art like that of the Renaissance master/Ninja Turtle, Raphael (hence the Brotherhood's name).

The Pre-Raphaelite Brotherhood strongly believed that the purpose of art was to represent profound allegories and that the right way to do so was by depicting near perfect representations of nature and common life. Behind this conviction lay a religious motivation (surprise, surprise). The Pre-Raphaelites were originally inspired by the writer John Ruskin’s belief that the recreation and appreciation of beauty through art and literature is an innately religious act.

Thus, behind the prominent beauty of this painting, such as the cute couple who seem to have been wrapped in an embrace just moments ago, or the beautiful garden in the unseen foreground, there are dark messages that Hunt has hidden within this seemingly commonplace scene.

According to Hunt, The Awakening Conscience was inspired by a verse from Proverbs stating ‘As he that taketh away a garment in cold weather, so is he that singeth songs to a heavy heart.’ For those who aren’t super familiar with bible verses, it can be hard to determine the context of this line. But don’t worry, Hunt left plenty of clues within his painting to communicate his personal interpretation and produce a new take on the age-old story of the fallen woman. So get ready because we’re about to go full-on ‘Where’s Waldo’ on this painting.

If we do some sleuthing we can see that the young woman is not wearing a wedding ring *cue gasp from the audience.* The gentleman, who we can tell is a visitor as he does not put away his hat, has cleverly rented out a place for his lover so that he can both easily meet her in private and establish a power over her by forcing her to rely on him. This uneven power dynamic is reflected by the cat playing with a wounded bird in the bottom left and the tangled yarn in the lower right corner, representing the web of constraints that is slowly closing around the young woman. These signify her present, while her delicate white dress that is beginning to fray at the edges reminds us that she was once pure.

Meanwhile, the symbols pointing towards her future split towards two very different potentials: hope or destruction. According to Hunt, the gentleman’s discarded gloves reveal the all too true possibility that he might abandon her soon, leaving her besmirched and with nowhere to live. And while most of the allegorical signs foresee doom and gloom, the central focus of the painting, the young woman rising from the man’s lap, hints at a ray of hope. We can see from the sheet music on the piano, that the man has just stopped playing Oft in the Stilly Night by Thomas Moore and that combined with the picturesque garden, reflected in the mirror, is what has caused the young woman unexpectedly stand up. Hunt leads us to infer that these stimuli have ‘awakened her conscience’ by reminding her of her innocent youth.

The Awakening Conscience was unique compared to its Victorian precursors in that it contained a moral to its narrative without jamming that lesson in your face like a lot of older religious art tends to do. So what exactly is the moral of this story? One could argue something like, ‘no matter how far you fall you can always repent and redeem yourself.’ But I like to think that it’s really a warning: next time you’re banging a dude, take notice if he leaves his leather gloves behind because you’re about to be dumped and homeless. Also, ask yourself why you’re banging a guy who casually wears leather gloves...

Here is what Wikipedia says about The Awakening Conscience

The Awakening Conscience (1853) is an oil-on-canvas painting by the English artist William Holman Hunt, one of the founders of the Pre-Raphaelite Brotherhood, which depicts a woman rising from her position in the lap of a man and gazing transfixed out of the window of a room.

The painting is in the collection of the Tate Britain in London.

Check out the full Wikipedia article about The Awakening Conscience