This work shares a title with a later, much more attested, work, which scholars also attribute to the workshop of Campin: The Annunciation triptych at the Cloisters in Manhattan.

More about The Annunciation 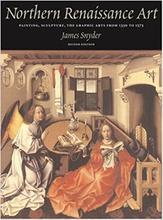 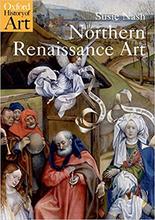 The Museo del Prado attributes The Annunciation  to Robert Campin, the fifteenth-century master of the Burgundian Netherlands.

However, the Prado offers us "full disclosure," admitting that nobody actually knows who produced this work, and there is still debate among researchers as to whether it is a Campin, the fruit of his workshop, or someone else altogether. This work, consisting of oil paint on an oak panel, shares a title with a later, much more attested, painting, which scholars attribute to the workshop of Campin: The Annunciation triptych (also known as the Merode Altarpiece at the Metropolitan Museum of Art's Cloisters in Manhattan. This Prado Annunciation was in el Oratorio de la enfermería San Pedro de Alcántara in Cáceres, Spain, in 1839, founded by the Alcantarines, or barefoot Franciscans, in 1639, and now used by the Obra de Amor (Work of Love) Congregation of nuns. Like flower children in the city of San Francisco which was named for their founder, the barefoot Franciscans went shoeless, because Mother Earth loves ya feets!

The story behind the Annunciation scene, one of the most common in pre-Lutheran Christian Europe, is often claimed by art historians and clerics to be foreshadowed in the Torah (in the Book of Yeshayahu (Isaiah) 7:14). Because mainstream Christian scripture is unusually "tight-lipped," writes Sister M. Danielle Peters, about the woman whose womb became the jumping-off point of the faith, the best way to understand the story of Mary (the Anglicized version of her Aramaic name, Mariam) may be to take a peek at a text called the Protoevangelium of James, which has parallels, writes Oliver Leaman and others, to the treatment of Mary in the Quran. It is a Jewish Christian text from about the year 145 CE, when nearly all, if not all, Christians were Jews, a minority within a persecuted minority. Early apocrypha are diamonds in the rough because their content, and their existence, indicate that they are the "stones" that the builders of scripture, the redactors, rejected. Ironically, this phrase from the Psalms, the "stone that the builder rejected," is one of the many phrases from the Hebrew Torah which Christianity uses as a central metaphor for the Crucifixion. Apocrypha occur in nearly all faiths, of course: Ethiopian Jews and some Ethiopian Christians use the Book of Enoch (መጽሐፈ ሄኖክ), cut from the canon of other Jews, and the Talmud Bavli tells us that the vision of the chariot in the Book of Ezekiel was almost censored out by the same compilers of the written Torah, because it was just a little too revealing, like a scandalous tell-all biography by a childhood friend of the Lord.

In the Protoevangelium of James, Mary is unusually physically talented, taking seven steps at the age of six months, signifying the sacred number seven, the number of the Sabbath, the number of candles in the original Menorah, and the number of orifices on the human head. When she finds out Mary is preggers, another woman, Salome, checks Mary's genitalia, resulting in the first-ever written record of a gynecological exam. In the text, Salome's hand then catches fire, a punishment for its skeptical speculation!