Skip to main content
Artworks
The Allegory of Fire

Fire bears the year 1566 written on its back, which has been used by scholars to date other paintings from the series.

Another version of Fire, in a private collection, is Spanish and it shows a "single-headed eagle emblazoned with a shield divided into quarters," resembling the coat of arms of Castile and Leon.

In the more famous version of Fire, the subject displays the double eagle and three-part shield of the Empire, associated with the Central European part of the House of Austria.

More about The Allegory of Fire 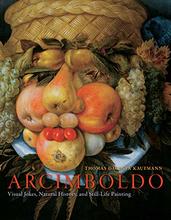 Fire was one of a series of four paintings by Arcimboldo for the Habsburg emperor Maximilian II of Vienna, which was then part of the "Holy Roman Empire."

The series was called Elements, and it showed portraits corresponding to fire, water, earth, and air, the harmony of which has an important role in the ancient pagan cosmology of the Romans, as in many other ancient cosmologies. The emperor intended to follow Caesar in conquering other nations, promoting Latin as the language of the unifying military ethos. Like Velazquez, Van Dyck, and a great proportion of late Medieval painters, Arcimboldo practiced as a court painter, directly fulfilling a political purpose.

1568 texts by Giovanni Baptista Fonteo "remained unknown to previous writers on Arcimboldo," yet "amplify their interpretations and allow new readings of his paintings as imperial images." Comparing Arcimboldo to Apelles, the court painter of Alexander, Fonteo claims that the cleverness, magical symbolism and technical skill of Arcimboldo is unsurpassed, and that he does justice to the tradition of the Roman empire while making significant aesthetic innovations.

Of the Elements cycle, Water and Fire are signed by Arcimboldo himself and are easily identifiable by art historians and preservationists. Furthermore, Fonteo's poem describes Fire in Latin, "flames emerging above a candle, forming a human face," but Air and Earth are more difficult to identify.

Roland Barthes gave special attention to the hair, composed of flames, in this "allégorie du feu," but both Thomas DaCosta Kaufmann and Stéphane Guégan note that this composite head is also made up of objects of military power, including a cannon. Inspired by the medieval rhetoric of alchemy, in which the four elements compose the energetic tendencies of the human body as a metonym for the body politic and the cosmos itself, Arcimboldo's cycles also served a political purpose, emphasizing the harmony of the four elements and the four seasons under the domain of the Habsburg monarchy.