Alexander the Great was a pretty chill dude. And, as they say, it's best not to look a gift concubine in the mouth.

Instead he thought about it logically, and gave Campaspe to Apelles as a gift. His reasoning was along the lines of "I lose my favorite concubine, but hey I have lots of competent concubines, and in any case I'm bisexual. Favorite painters are more important and harder to replace, so I might as well make this one happy."  And happy he was, painting that nipple.

The French government confiscated this painting from the estate of a Jewish collector who had the misfortune to die in 1941 in Paris (not a good time to be Jewish in Paris). The French sold it to arch villain Hermann Goering and after the war, the painting ended up in the Louvre. It took until 1999 for the descendants of the original owner to get it back. They sold it to the Getty Museum, where it remains today. 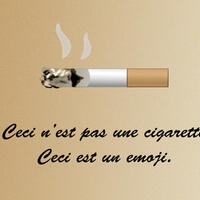 Very Meme. Such Tate. Wow.
Alexander the Great and Campaspe in the Studio of Apelles by Giovanni Battista Tiepolo at the J.… 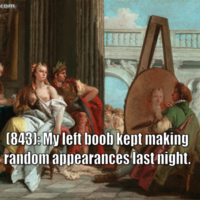