Skip to main content
Artworks
The Ages of Woman and Death

More about The Ages of Woman and Death 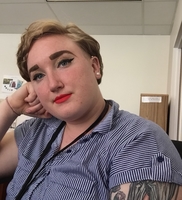 Hans Baldung Grien reminds us that kicking the bucket is inevitable.

I honestly can’t think of anything worse than meeting a personification of my own death. I mean, sure, everyone wants to know how they’re going to die, but “ignorance is bliss” is a cliche for a reason. None of the figures in Hans Baldung Grien’s The Ages and Death look particularly overjoyed by one another’s presence. I certainly wouldn’t want to party with my past self - she’s an anxious mess with an unhealthy Harry Potter fanfiction reading habit.

Baldung Grien was the apprentice of the great Northern Renaissance master, Albrecht Dürer, starting in 1503. Though his interest in the female nude probably came from Dürer, he had his own idiosyncrasies, like his fascination with all things macabre and wicked. Baldung Grien seems to be perpetually in the 13-year-old emo phase (it’s ok, we all went through it). I wonder what the 16th century equivalent of My Chemical Romance is.

The Ages and Death is a study of the inevitability of aging and decay. Baldung Grien is happy to remind us (yes, even you) that we are going to die someday, too. Even the representation of early age, a baby, looks like she’s in the throes of death. Suddenly all those dead baby jokes aren’t so funny. Death is a theme that Baldung Grien seems very comfortable with, considering he painted the same subject 20 years earlier. Baldung Grien probably The Ages and Death between 1541 and 1544, toward the end of his life. That there are four figures is significant because: 1. Nobody wants to be a third wheel and 2. There are four elements, four bodily humours, four points on a compass, etc.

Hans Baldung Grien twists the theme of death into his own macabre vision in The Ages and Death. Shoutout to Hans for the reminder that we’re going to die. But it’s ok - death makes life all the more worth living.

The Three Ages of Man and Death is an oil on canvas painting created between 1541 and 1544 by the German artist Hans Baldung which is in the collection of the Prado Museum.

The work is an allegorical painting alluding to the transience of beauty and the fragility of human life. Death with his hourglass and broken lance has already taken the arm of the old woman who is in turn holding on to the younger one. A baby lies sleeping on the ground. In the lower background is a depiction of Hell with above a crucified Christ in a shaft of heavenly light, representing the opposing visions of life after death. The owl at bottom left is a symbol of wisdom warning of the consequences of sin.

It is part of a set of similarly themed paintings by Baldung, the others of which are The Three Ages of Woman and Death and The Three Graces.