Skip to main content
Artworks
The Age of Bronze

More about The Age of Bronze 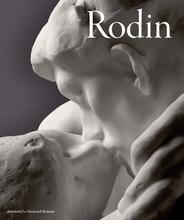 Rodin's first major success, this statue could easily pass as a commercial for a joint-venture between Herbal Essences and Shake Weight.

Rodin was j'accused of casting The Age of Bronze from a live model. Which would have been the equivalent of claiming a retouched photo was #nofilter. The accusations were so prevalent that Rodin offered photographs of the nude subject, a young Belgian soldier named Auguste Neyt, to prove the final product was merely inspired by Neyt's nudey bod and couldn't possibly be a direct cast.

Rodin's colleagues in Brussels went so far as to attest that, indeed, Rodin was just that good at remembering what people looked like naked. Some would say the best. Rodin found Neyt by looking for the hottest soldier around the local military barracks in Brussels. It's difficult to comprehend the body of work Rodin could have produced if only he had Tinder.

Fame was thrust upon Rodin after the French government bought the plaster to The Age of Bronze. Before showing the work in the Paris Salon, and debunking the controversy that made him famous, Rodin was living hand to mouth in Belgium as an anonymous sculptor on low paying public projects. After The Age of Bronze, and the subsequent commission for The Gates of Hell, Rodin went big league. Sculpting nude figures and various individual body parts in his studio, one of the largest and sexiest in all of France, until the end of his life.

Rodin purposefully abandoned use of all symbols, literally stripping the work to its bare necessities, right down to the Tweedle Dee and Tweedle Bum. The left hand is supposed to be carrying a spear, but Rodin thought that was also too gauche. Thus causing an uproar among critics, many of whom believed the viewer should have authorial guidance to understand a piece. Years later, Rodin recalled the tone of the work was to embody something like, "Awakening, the slow return home from a deep dream." Yeah, solid stuff Rode-Dawg. Now puff-puff-pass already.

The Age of Bronze is mentioned on our blog -