More about The Actor 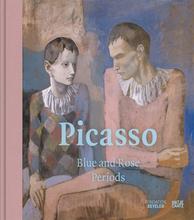 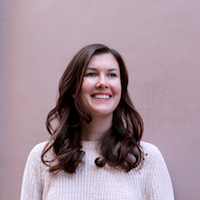 The Actor marked the end of Picasso’s emo Blue Period and the start of his obsession with the theatrical.

Instead of painting beggars and scenes of poverty and despair, at the end of 1904 Picasso started painting actors, acrobats and saltimbanques (the fancy, French word for “traveling entertainer”). He also started using pale pinks and warmer colors, entering his so-called “Rose Period." Kind of like the time I was five and refused to wear anything but pink dresses to school.

But not all was so rosy and bright in the Rose phase. While the subject matter and colors were more upbeat and lively, the performers were often depicted as melancholy and isolated from the rest of society. Because Picasso himself was at this point a bit of a nobody and very broke, he identified with the misfit artistes in his paintings. So much for not being emo. And because he needed ca$h money, he often painted with whatever he could get his hands on. For The Actor, he used the other side of another artist’s landscape painting.

As Picasso’s lady of the hour often influenced his work, it should come as no surprise that his slightly more upbeat phase coincided with a new boo: Fernande Olivier, whose Twitter bio would read something along the lines of “model, lover, sometime artist.” She likely modeled for the painting as evidenced by accompanying sketch sheets containing two profiles of Fernande, along with a drawing of a left leg with the same positioning as the actor’s leg in the painting. If that’s not proof, I don't know what is!

But the drama in the painting didn’t end with the subject matter. In 2010, a woman attending an adult education class at the Met where the painting was on display, took a tumble and crashed into it, producing a six-inch tear in the lower right-hand corner of the canvas. Yikes. Hate to be that lady. Luckily, the Met rushed the painting to their conservation studio where it underwent a surgical-like repair process with one critical addition: a plexiglass barricade, making it officially klutz-proof.

Here is what Wikipedia says about The Actor (painting)

The Actor (French: L'acteur) is an oil on canvas painting by Spanish painter Pablo Picasso, created from 1904 to 1905. The painting dates from the artist's Rose Period. It is housed in the collection of the Metropolitan Museum of Art in New York City.

Check out the full Wikipedia article about The Actor (painting)

ngl, this painting is suuuuper ugly.