Sedation asks whether it is mental illness or medication, that truly inhibits a patient.

Jacob Lawrence spent the better part of a year in the Hillside Hospital in Queens to treat his depression in 1949. The time there served as inspiration for Sedation.

Jacob Lawrence liked to use art as a way to educate people of other cultures and ways of living. Sedation is no different, though it is a departure from his more vibrant style. 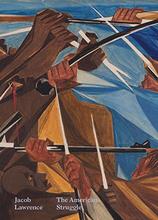 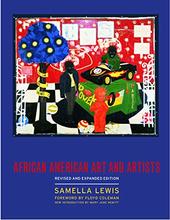 Jacob Lawrence’s Sedation is an eerily honest view of the harsh reality of a psych ward and the patients that reside within it.

Lawrence was the African American artist with the most clout during the early to mid-20th century. He was that dude. He reached heights of popularity that other African American artists had yet to reach, and he did so while lifting others up. His most well-known work, the Migration Series, is a collection of paintings portraying the great migration of African Americans from the south to the north and midwest. No matter what he was working on, he made it a point to paint people that were otherwise underrepresented, often black and brown people. His unique style included vibrant colors and vivid scenes in an effort to convey the experiences of these voices in ways that were fresh and new.

That’s what makes Sedation such a standout in Lawrence’s work. It’s not vibrant and it’s not black and brown people. But it is still giving a voice to the type of person who is often ignored: people with mental illness. Sedation is a subdued & raw look into what living inside a mental asylum looks and feels like. Jacob Lawrence spent almost a year inside the Hillside Hospital in Queens when he checked himself in for depression in 1949. So although this sticks out in regards to the rest of his works, this still very much came from the same perspective.

Sedation incorporates a familiar Lawrence aesthetic with it’s abstract feel and it’s incorporation of Social Realism within its themes. But the overall vibe is glaringly lacking his signature Lawrence liveliness. As I’m sure you can see, the subjects of this scene are psychiatric patients, who’ve been bogged down mentally and physically by the overbearing routine of their everyday lives. They’ve all got the same expression as well, which I’m sure was done on purpose. The hunched backs and matted hair coupled with the dull, emotionless drawn out faces are just one of the ways to convey the sorrow and drudgery of life in this facility.

Sedation poses an important question: is it mental illness, or the treatment of mental illness that truly subdues you? These patients look like they’ve been through it. They look like they’ve been in this vicious cycle for a while now. And they gather around their enclosed pills with both a willingness and a reluctance to take them. It’s a sad dichotomy. We don’t see what choice they end up making, but it’s important to note that the pills are not as accessible as they’d be if they were sitting in a bottle on the table. The pills residing behind glass represent a barrier that these patients have to cross if they choose to take the pills. If they don’t take them, they might be locked up in a room in a straight jacket due to erratic behavior. They’d be mentally a lot freer. But physically not so much. And if they take the pills, they might get to have time outside their rooms, playing board games, watching television, or just simply interacting with other humans. But there’d be a lingering fogginess, impossible to shake, until the next time it was time to decide whether they want to take their pills.

When you really look at it, Sedation isn’t all that different than Jacob Lawrence’s other work. It just looks different. Lawrence painted from a particular perspective, and it was always in an effort to let people in on other points of view.

Is it better or worse that institutions like this aren't as prevalent?