More about Portrait of Orleans 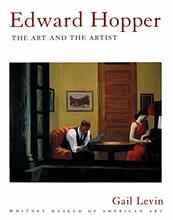 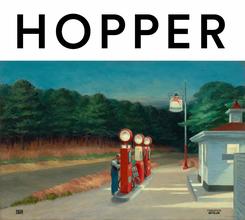 Edward Hopper: A Fresh Look on Landscape by Ulf Küster 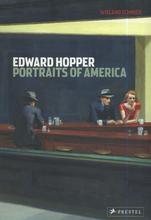 A peaceful scene is anything but peaceful if it’s painted by Edward Hopper.

This painting of the intersection between Route 6 and Main Street in Orleans, Massachusetts looks like it could be any small-town intersection in 1950s America. But Pleasantvilles aren’t so pleasant when they’re situated at the crossroads between change and chaos. As we can see with Portrait of Orleans, Edward Hopper was a pro at capturing the eerie and disquieting feeling in empty, deserted cities.

The one person in the painting is barely noticeable, staring into what appears to be a desolate storefront. There also aren’t any power lines in the painting, so what’s up with the lone wooden utility pole that leans like an oversized cross on the sidewalk? For such a large road, there’s only one visible streetlight- signaling a green “go” to nobody-and only one visible yet frozen car at the end of the street. We must be driving in -The Twilight Zone-.

Along with cities and chicks, Hopper was fascinated with cars. At first glance, this painting might seem like a simple examination of small-town architecture but it actually focuses on the perspective, as seen from the driver’s seat. The act of driving reorients landscape so that it’s no longer about scenery, but about movement and destination. Even when a driver does view landscapes, they do so with limited vision from the car’s interior. That’s why the composition doesn't direct our attention to any one specific thing other than the road ahead of us, and why everything else seems blurry and undetailed except for the Esso gas station sign in the top right corner. What else would a driver need to look at?

Back then most Esso stations distributed copies of The Negro Colorist Motorist Book, a guide written for the emerging African-American middle class with newfound access to driving. The book listed places where black drivers could be “safe” from racist establishments and sundown towns. Hopper only ever depicted the white middle class in his work, so perhaps the Esso sign tucked away in the corner is his attempt to acknowledge African-American drivers- but only on the periphery of the not-so-open road.

Portrait of Orleans is ultimately a painting about restriction. And not just about how a driver’s vision is restricted, or how an entire class of people can be restricted from full access to their own country; it also hints at the restrictions Edward Hopper placed on his wife, Josephine. Eddie and Jo had an incredibly complicated and competitive marriage that often resulted in explosive violence from him and depressing diary entries from her.

The annoyingly perfectionist Edward repeatedly made trips with Jo to Orleans to get the right sky for his painting. He reluctantly let Jo drive for one of the trips and on the way back, as she was about to make a sharp right to avoid an oncoming car (possibly the car in the painting), Edward, being the level-headed husband he was, grabbed the wheel and ran them into a guard post. After the minor crash, he dragged Jo out of the car and onto the ground, where he then proceeded to publicly beat her. If that wasn’t bad enough, he never even used any of the skies he collected on their trips together -- he ended up making one up instead.

No wonder this painting is so unsettling. Portrait of Orleans depicts a place that doesn’t seem entirely real. At the same time, with its depressing atmosphere of neglect, it also presents us with a place that is all too familiar.

Never heard about this Hopper painting until now!

Portrait of Orleans is a well-done painting!

It's absolutely devestating what's happening to New Orleans and it's surrounding areas. The climate is changing and we are not adapting fast enough!

Took a roadtrip through this area last year during the pandemic, it's great!