More about Adele Bloch-Bauer I

Type
Painting
Year
1907
View all
Dimensions
H: 140 x W: 140 cm
Credit Line
This acquisition made available in part through the generosity of the heirs of the Estates of Ferdinand and Adele Bloch-Bauer
View all 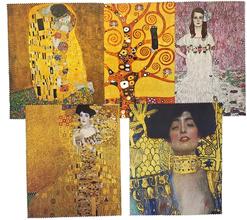 The Lady in Gold by Anne-Marie O'Connor 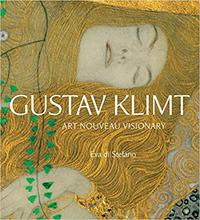 Adele Bloch-Bauer I is stolen by the Nazis, reclaimed, and sold for $135 Million!

Adele has the unique distinction of being the only person to have two Klimt portraits of her. The other painting is creatively titled Adele Bloch-Bauer II.

One of many paintings taken during the Nazi invasion of Austria.

This painting is considered by many to be the Mona Lisa of New York City.

Bought by cosmetics tycoon Ronald Lauder of Estee Lauder for $135 Million in 2006.

Mrs. Bloch-Bauer requested in her will that the works be donated to the Austrian State Gallery upon her husband’s death but his will stated that the paintings go to his nephew and nieces.

Read all about the nasty case between their niece Maria Altmann and the Republic of Austria.  It's brutal. Altmann eventually won and sold this and four other paintings she received in the settlement for over $300 million. It is not hard to side with those who say the heirs wanted the paintings solely for the money considering it took them about a second after getting the paintings back to cash in. This story has been retold in the documentaries Adele's Wish (2008) and Stealing Klimt (2007), which both feature interviews with Altmann and her lawyer. Dame Helen Mirren recently starred as Maria Altmann in the film Woman in Gold alongside Ryan Reynolds as the nerdy but hunky optimistic attorney and the evil Austrians in the movie are moslty played by blue-eyed character actors.

Portrait of Adele Bloch-Bauer I (also called The Lady in Gold or The Woman in Gold) is a painting by Gustav Klimt, completed between 1903 and 1907. The portrait was commissioned by the sitter's husband, Ferdinand Bloch-Bauer, a Jewish banker and sugar producer. The painting was stolen by the Nazis in 1941 and displayed at the Österreichische Galerie Belvedere. The portrait is the final and most fully representative work of Klimt's golden phase. It was the first of two depictions of Adele by Klimt—the second was completed in 1912; these were two of several works by the artist that the family owned.

Adele died in 1925; her will asked that the artworks by Klimt were to be left to the Galerie Belvedere, although these belonged to Ferdinand, not her. Following the Anschluss of Austria by Nazi Germany, Ferdinand fled Vienna, and made his way to Switzerland, leaving behind much of his wealth, including his large art collection. The painting was stolen by the Nazis in 1941, along with the remainder of Ferdinand's assets, after a charge of tax evasion was made against him. The assets raised from the purported sales of artwork, property and his sugar business were offset against the tax claim. The lawyer acting on behalf of the German state gave the portrait to the Galerie Belvedere, claiming he was following the wishes Adele had made in her will. Ferdinand died in 1945; his will stated that his estate should go to his nephew and two nieces.

In 1998 Hubertus Czernin, the Austrian investigative journalist, established that the Galerie Belvedere contained several works stolen from Jewish owners in the war, and that the gallery had refused to return the art to their original owners, or to acknowledge a theft had taken place. One of Ferdinand's nieces, Maria Altmann, hired the lawyer E. Randol Schoenberg to make a claim against the gallery for the return of five works by Klimt. In 2006 after a seven-year legal claim, which included a hearing in front of the Supreme Court of the United States, an arbitration committee in Vienna agreed that the painting, and others, had been stolen from the family and that it should be returned to Altmann. She sold it the same year for $135 million, at the time a record price for a painting to the businessman and art collector Ronald Lauder, who placed the work in the Neue Galerie, the New York-based gallery he co-founded.

Adele Bloch-Bauer I is mentioned on our blog - 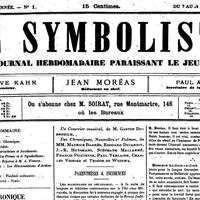 Sartle Gift Guide - Fashionista
Ooooh yeah, time for prezzies! Art history lovers are all about human expression, and what better… 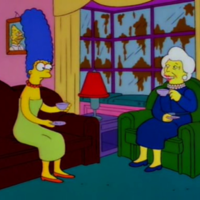 Battle of the First Ladies: Sexy Edition
From Marge Simpson vs. Barbara Bush, to Hillary vs. the internet, feuds between high-profile women…
Sign up
Forgot Password
Reset Password