Skip to main content
Artworks
Marie-Antoinette with the Rose

More about Marie-Antoinette with the Rose 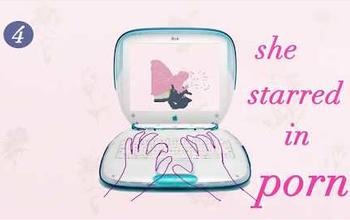 5 Things You Never Knew About Marie Antoinette | An Animated History

One of Vigee Le Brun's earlier paintings in the Academie Royale showed Marie Antoinette in a simple muslin dress, which caused a scandal when critics complained that the Queen had been “painted in her chemise.”  Pretty tame stuff to modern eyes, but in eighteenth-century terms the chemise was basically lingerie, and boudoir portraits did nothing to help Marie Antoinette’s already tarnished reputation.  Vigee Le Brun painted this more formal version to tone down the bad press.

The artist much preferred to paint the Queen in simple fashions and settings, so this was not her cup of tea, or piece of cake as the case may be.  In fact, Vigee Le Brun begged the Queen to let her paint her with parted bangs and no hair powder.  Marie Antoinette refused, not wanting people to accuse her of trying to hide her “large forehead.”

Vigee Le Brun adored Marie Antoinette, commenting on her dazzling complexion (impossible to capture in paint), and her many kindnesses.  Once, when Vigee Le Brun was heavily pregnant and spilled her brushes on the floor, the Queen herself stooped down to clean up the mess.  Both Women were fond of singing, and often concluded their sittings with a duet.  The artist also observed Marie Antoinette inviting a peasant child to dine, and teaching her own daughter, the Princess Royal, to wait on her.  Marie Antoinette’s obvious partiality toward the gorgeous young Vigee Le Brun fueled rumors that the Queen was a lesbian.

Marie Antoinette is legendary, mostly for things she never did.  She never said “Let them eat cake.”  That phrase was misquoted from Jean-Jacques Rousseau’s Les Confessions, written before she had ever set foot in France.  Her breasts were not the model for champagne glasses, which were invented in England a century before she was born.  She never purchased the notorious diamond necklace which was the basis of a Hillary Swank film, and actually disliked such ostentatious jewellry.

Sofia Coppola’s movie got some things right.  Marie Antoinette did have a crapload of shoes, did love expensive pastries, and was fond of a good party.  It really did take seven years to consummate her marriage, and historians debate whether or not she was banging the handsome Count Axel von Fersen on the side (she totally was, by the way).  This was painted in the the Queen’s Paris Hilton phase, when her hard partying was at it’s height, and her reputation was at its worst.

The Versailles version (pictured here) is probably the most iconic image of Marie Antoinette, but is actually a copy of another version in a private collection, which art historians consider to be far superior.  The original is in the 1% clutches of Lynda and Stewart Resnick, sort of the Marie Antoinette and Louis XVI of the California water crisis.  These Beverly Hills billionaires of pistachio and Fiji Water fortune allegedly pump 120 billion gallons a year while 99% of Californians suffer through a drought of biblical proportions.  Apparently, not much has changed since the French Revolution.

Here is what Wikipedia says about Marie Antoinette with a Rose

Marie-Antoinette with the Rose is mentioned on our blog - 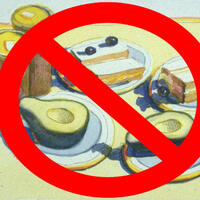 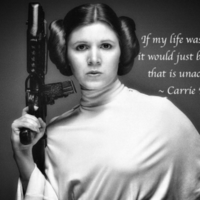